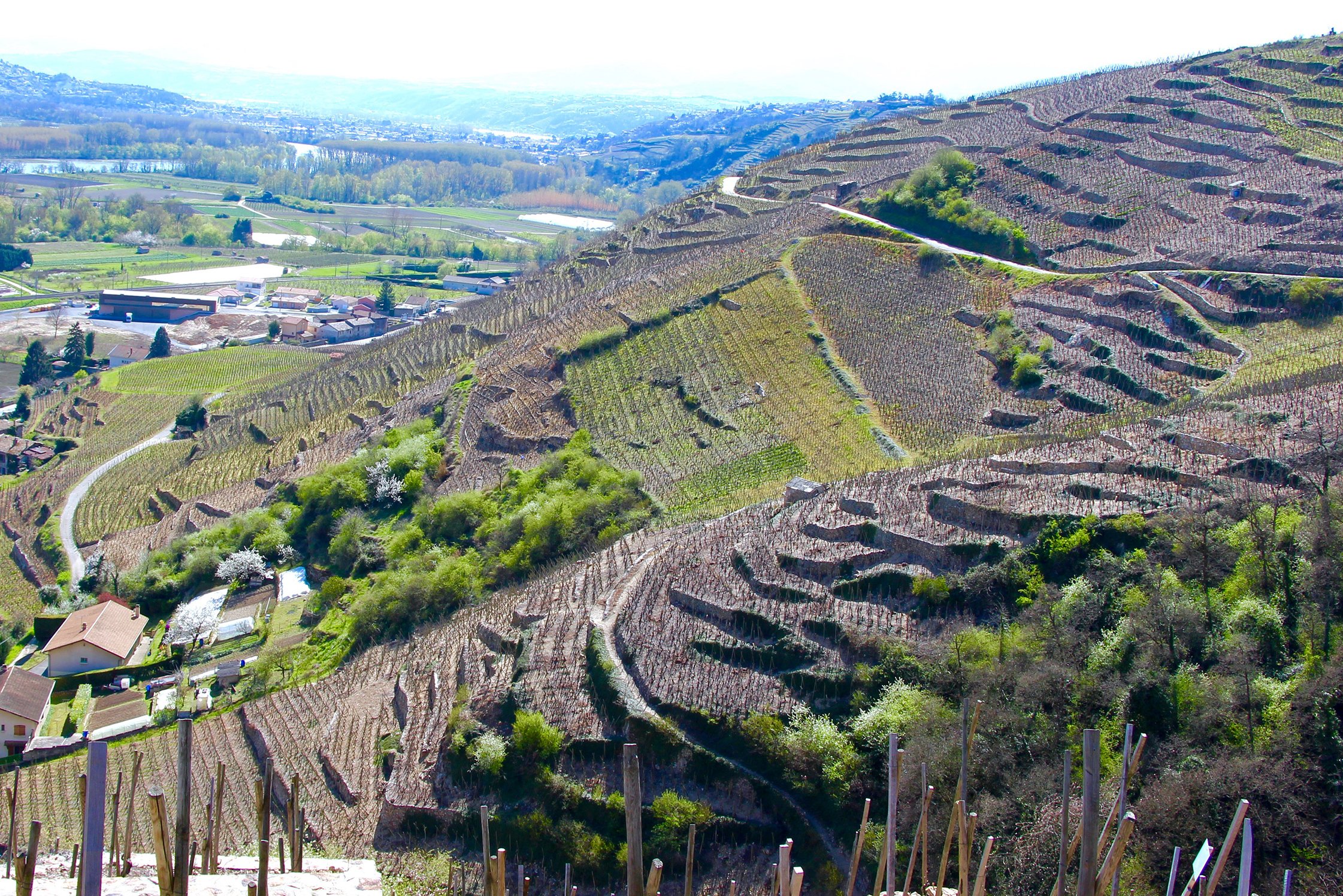 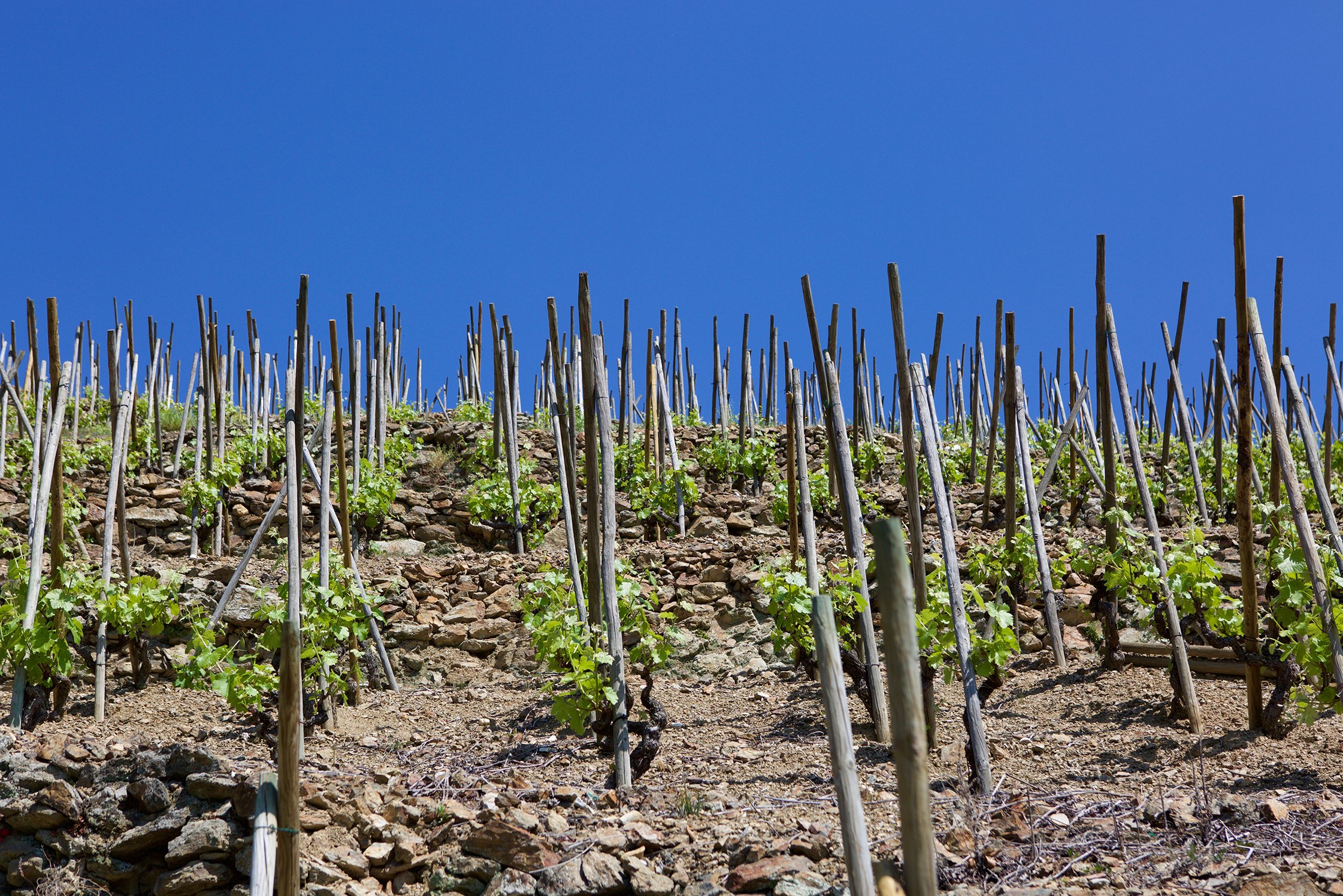 A visit with Pierre Benetiere is like something out of a fable: the hermit vigneron, a bit crazy in the best possible way, a descent down into his dark, ancient cellar. Before knocking on his door the first time, we heard stories of the unique and reclusive Pierre Benetiere. As we met and shook hands, he calmly kept eye contact for what seemed like a full minute. Often, meeting a Frenchman for the first time can be an uncomfortable moment for everyone. But Pierre—present, open, and completely himself—instantly put us at ease. It’s obvious that he is special.

As wine seekers who chase this unicorn know, Pierre’s wines are pure, elegantly structured, and made with intention—a great blend of art and craft. He has an impressive fluency in Murcian inflected Spanish (his wife if from Murcia, Spain) and cleverly and poetically uses the English language in ways rarely heard from a Frenchman. While Pierre Benetiere’s wines are no longer one of the best secrets in the wine world, he manages to maintain his elusive and mythological status in a world of easy access to everything and almost everyone.

Pierre organically farms his 3.5 hectares in Condrieu and Côte Rôtie. In keeping with ancient cellar methods, he uses full stems during his fermentations and very little amounts of SO2 in his wines.

The treacherously steep and picturesque vineyards of Condrieu and Côte Rôtie are as ancient as any man-made structure in France. The vineyards are south of Lyon just below the old Roman town of Vienne. Vines were planted here by the Romans as they expanded their empire into Gaul (modern day France). During Roman expansion, soldiers were partially paid in wine (2 liters per day) and transporting it from what is now the country of Italy to the far reaches of their conquered lands became uneconomical and inefficient. The vineyards of the Northern Rhone Valley are a testament to the importance of wine in maintaining an empire.

It is difficult to summarize in a few paragraphs the complexity of the soils of Condrieu and Côte Rôtie . However, to keep it simple, the slopes are extremely steep, featuring south- and southeast-facing formations of igneous and metamorphic rocks and little in the way of topsoil. These mildly acidic soils seem to impart salt, mineral and metal tones to the peppery, floral, and sauvage Syrah—Côte Rôtie’s only red variety.

The local white grape, Viognier, is grown in both appellations but is the only grape allowed in Condrieu. Viognier can be—and often is—blended in small quantities to the red wines of Côte Rôtie as well. Condrieu is almost exclusively grown on granitic soils, which plays a clear part in these honeyed, apricot-inflected, decadently floral wines.

Many associate the Northern Rhone Valley with a hot climate because of its kinship with the Southern Rhône Valley (e.g. Châteauneuf-du-Pape), which dwells in the sweltering heat of the Provençal sun. This is wrong, especially in Côte Rôtie and Condrieu. Here, the climate can be cold and bitter in the winter with moderate summer temperatures alternating back and forth with the dry, cold winds from the north and hot, humid winds from the south. In any year it can go either way, so each vintage is clearly marked and different from any other. 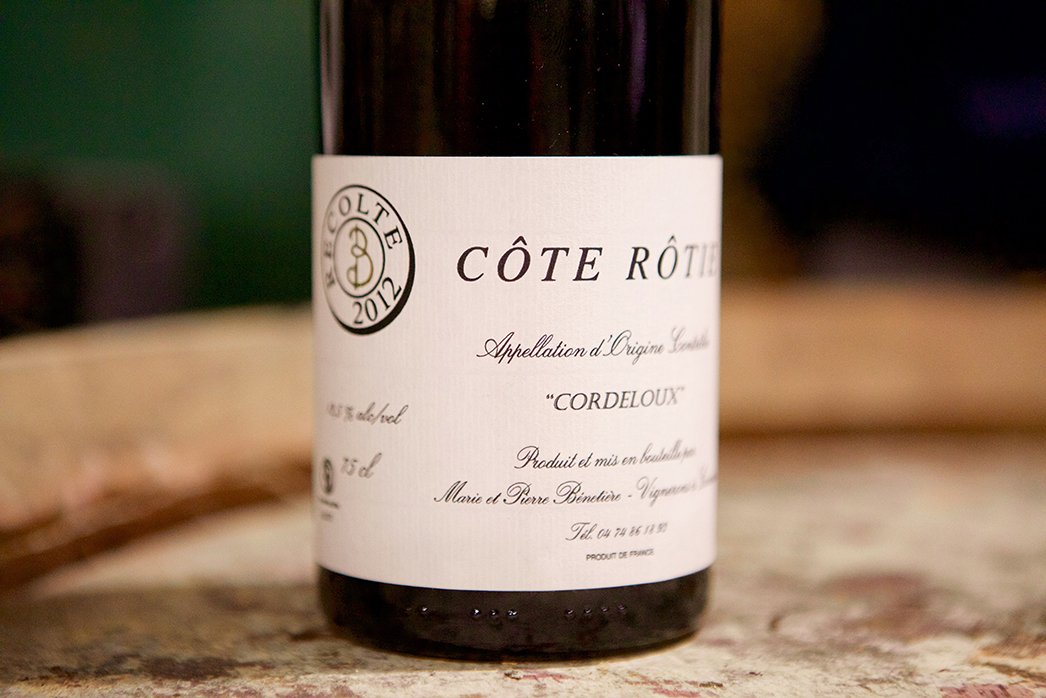 More: Mineral, Rich Red wines similar to this one.