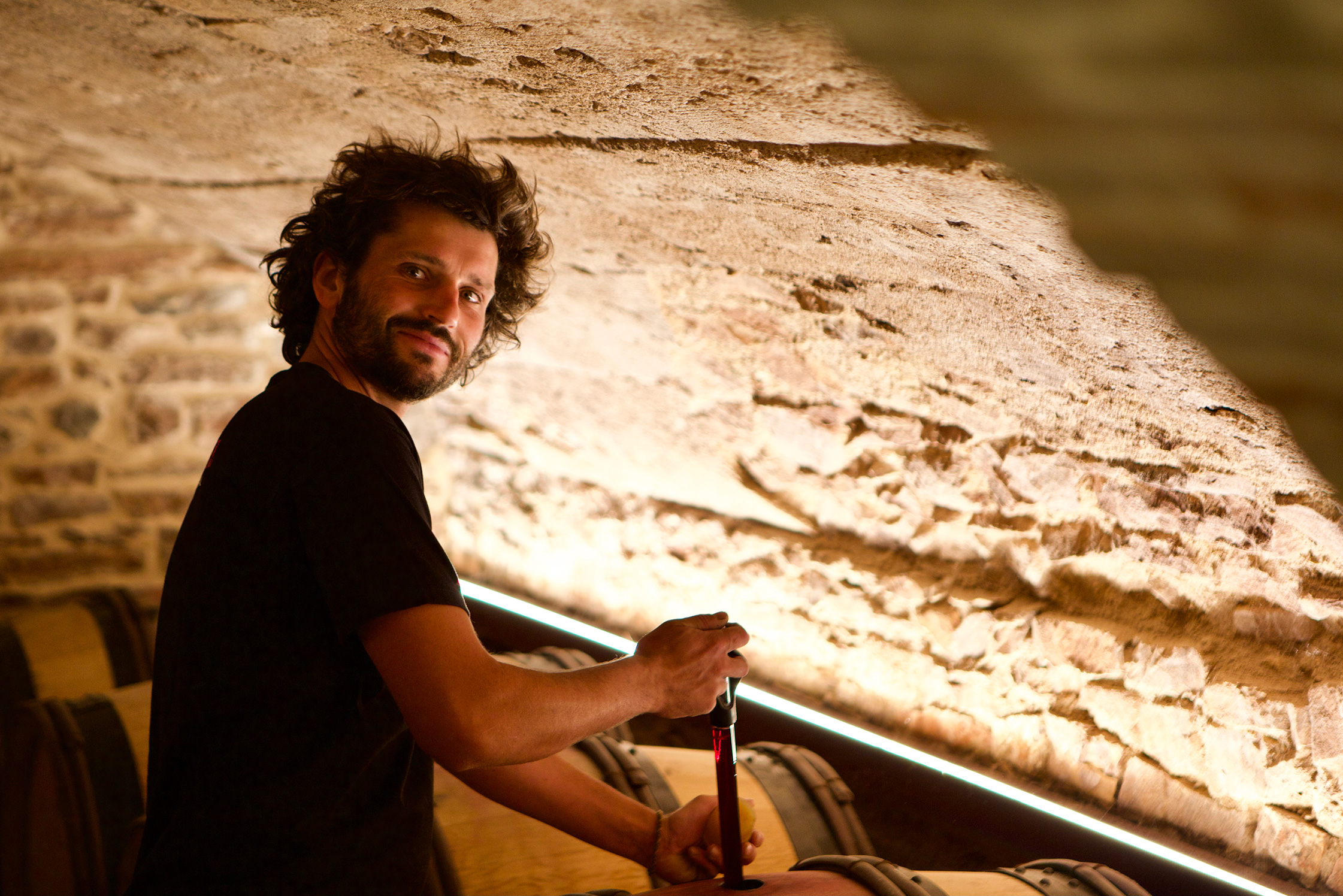 The newest chapter in the Chardigny family’s 200-year history has begun.  In 2014, brothers Pierre-Maxime and Victor-Emmanuel took the reigns of the family vineyards in Beaujolais and St. Veran.  First on the agenda was the conversion from sustainable farming to organic. Renovation of the old cellars is en route.

The youngest brother of three, Victor (on the right, born in 1991) finished school with a degree in Enology and Viticulture and oversees all the vineyards and winemaking.  Pierre-Maxime (on the left, born in 1986), the eldest, holds a degree in business and focuses on commerce when times in the vineyard and cellar are slow, (which seems to be never).  The middle brother, Jean-Baptiste, although not officially involved at this time, has a degree in agronomy and is currently vineyard manager for Domaine Leflaive’s biodynamically-farmed Macon vineyards.  It’s not difficult to imagine the bright future in store for these talented brothers working together, as their family domaine ascends in St. Veran and St. Amour.

In this area of Burgundy, it’s common for domaines to produce in both the Chardonnay-dominated Maconnais and Gamay-devoted Beaujolais.

Geologically speaking, the transition from southern Maconnais to northern Beaujolais sees a change of soils from Jurassic limestones and clay to the acidic igneous and volcanic rocks of the Massif Central.  Viewed from afar, the change seems abrupt, but up close the lines are less clear.

The soils in St. Amour are much less homogenous than other appellations of Beaujolais.  Here you find granite (which is typical of other Cru Beaujolais appellations), schist, clay, alluvium and a lot more.  The two vineyards the Chardigny family farm, Clos du Chapitre and La Folie, are a mixture of ancient alluvial igneous rocks primarily from the Massif Central.

Saint-Véran lies just north of Saint-Amour on limestone and clay soils.  Most of the family’s vineyards lie in cooler areas of the appellation, providing surprisingly good tension in the wines with bright fruit and mineral notes.  Originally we imagined that we were going to work only with their Beaujolais wines, but their Macons were too good not bring in as well.

More: Medium Body, Elegant and Aromatic White wines similar to this one.