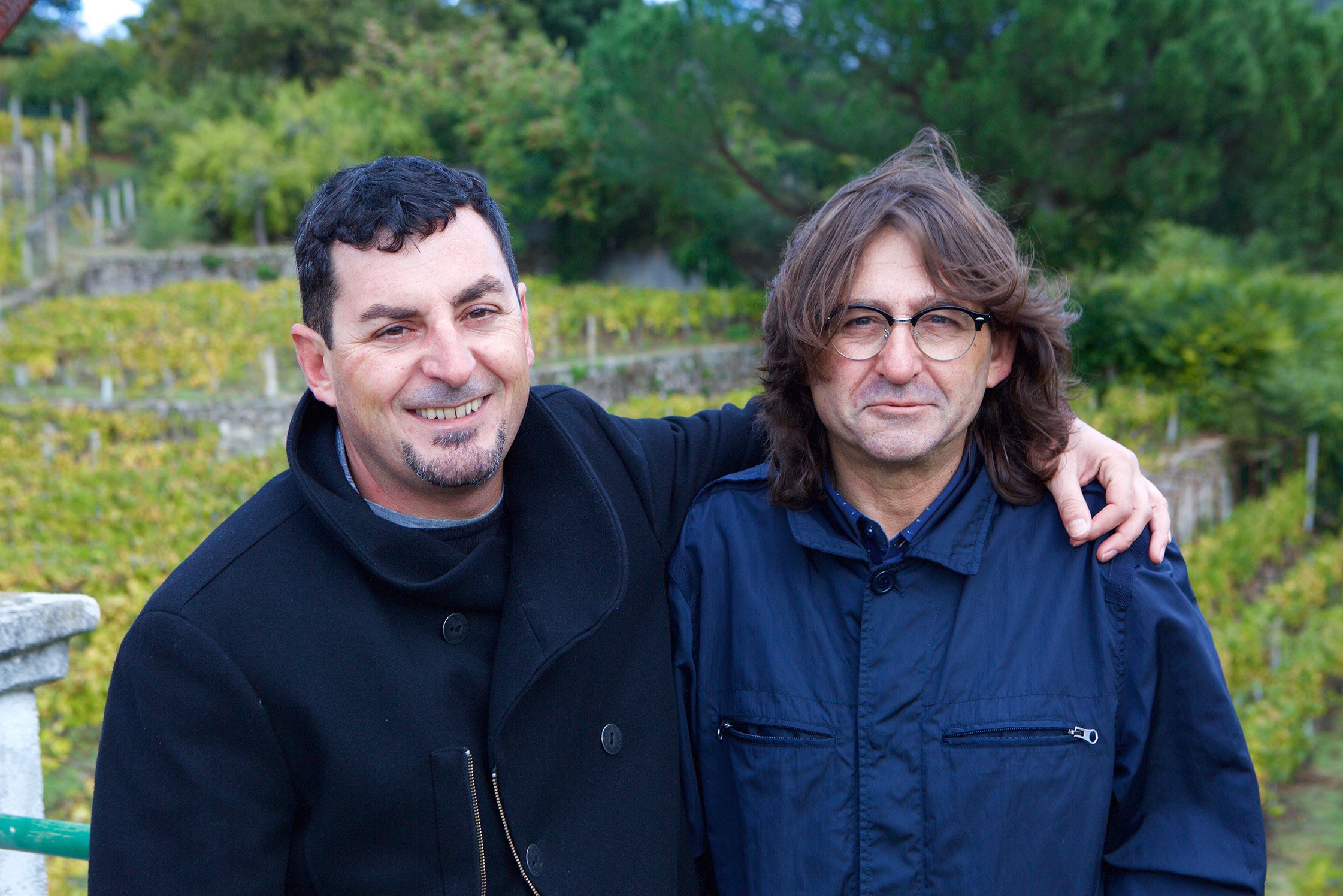 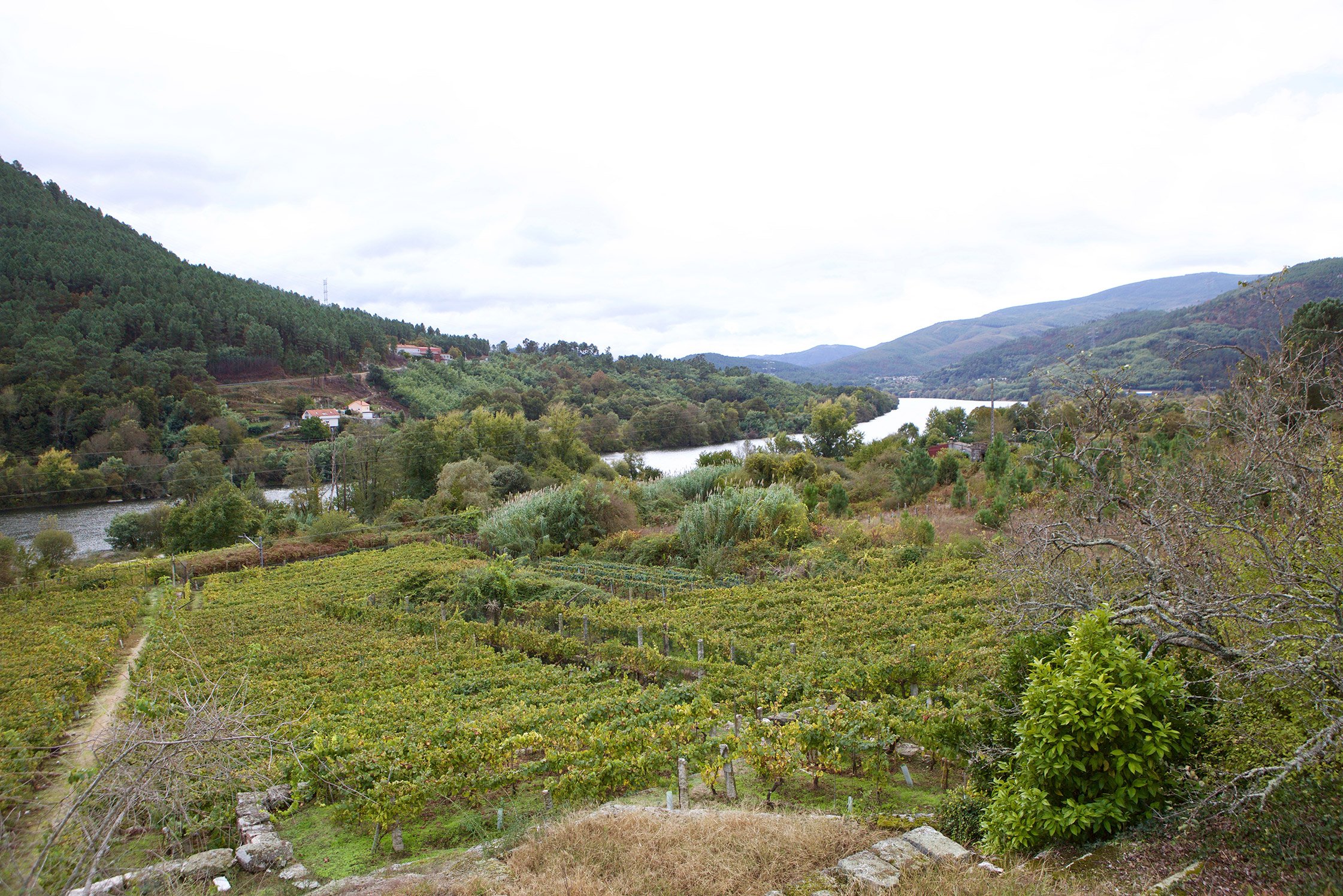 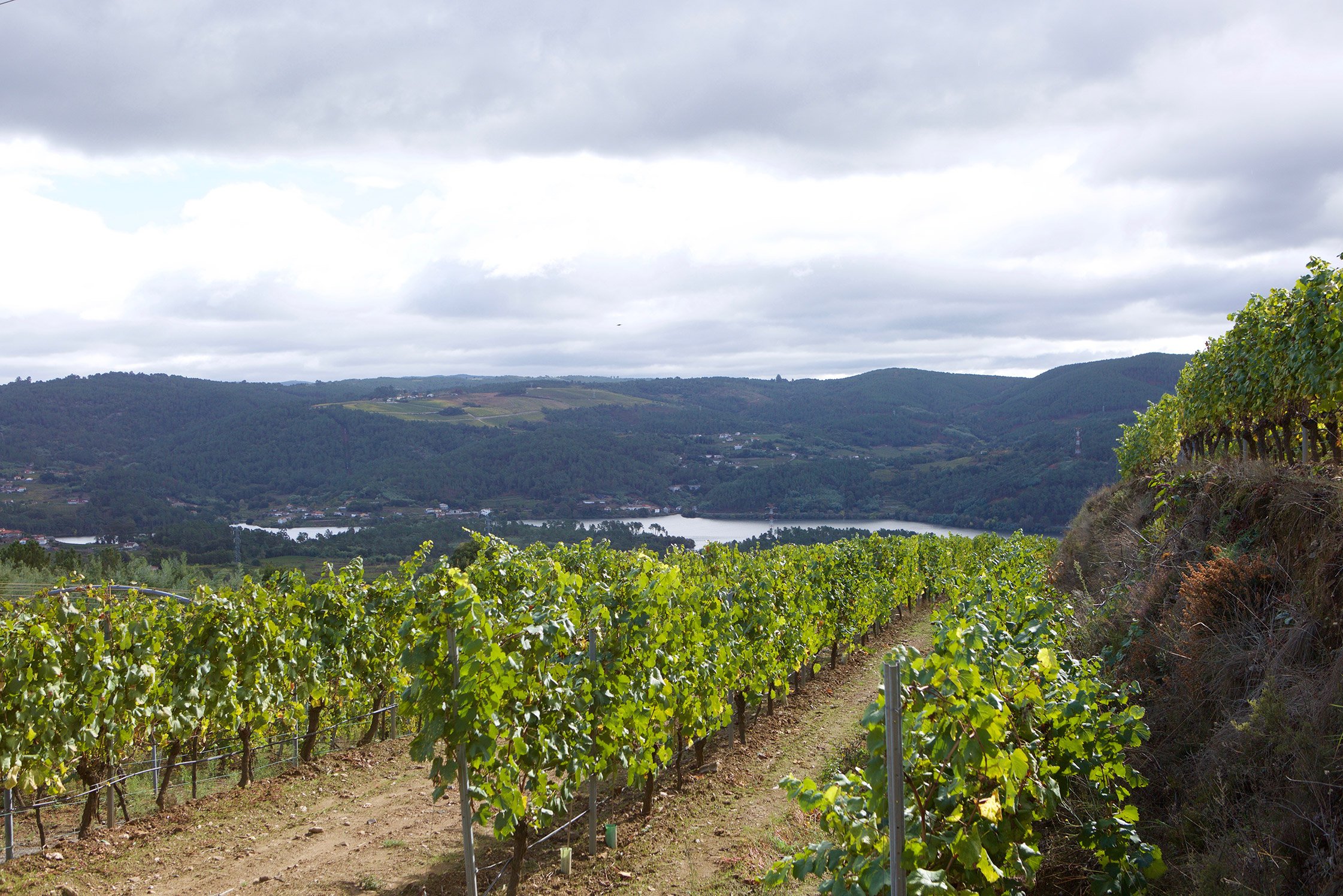 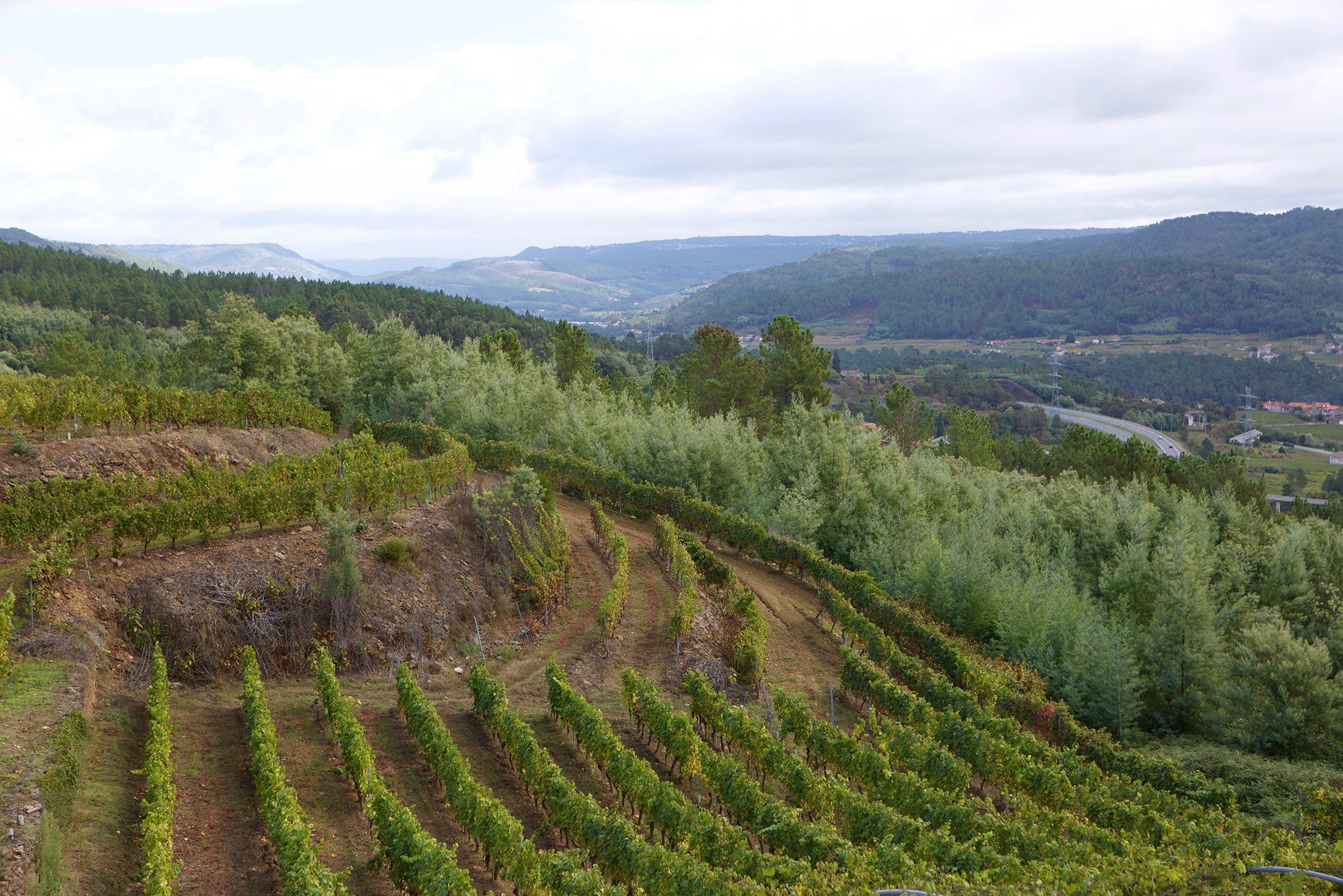 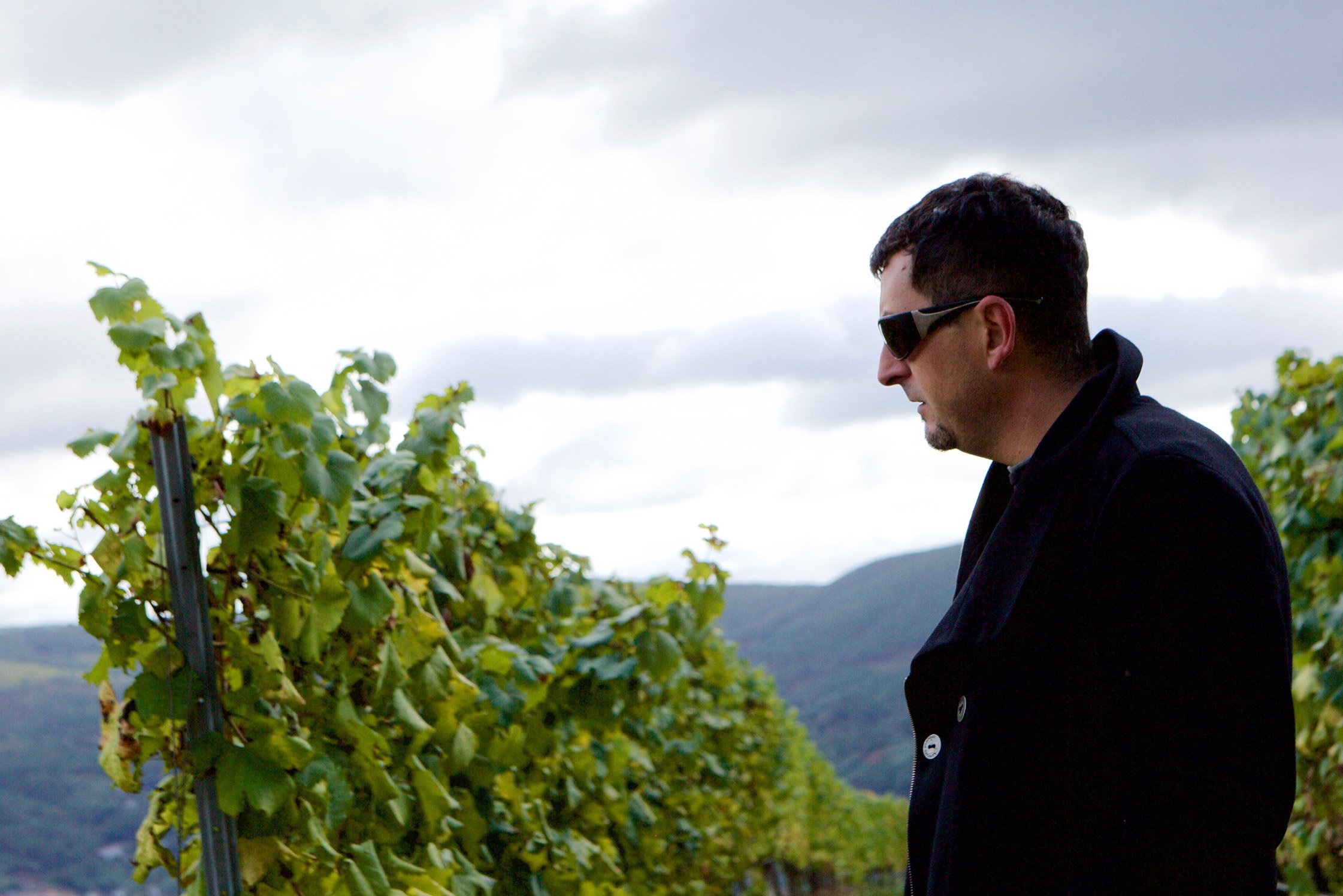 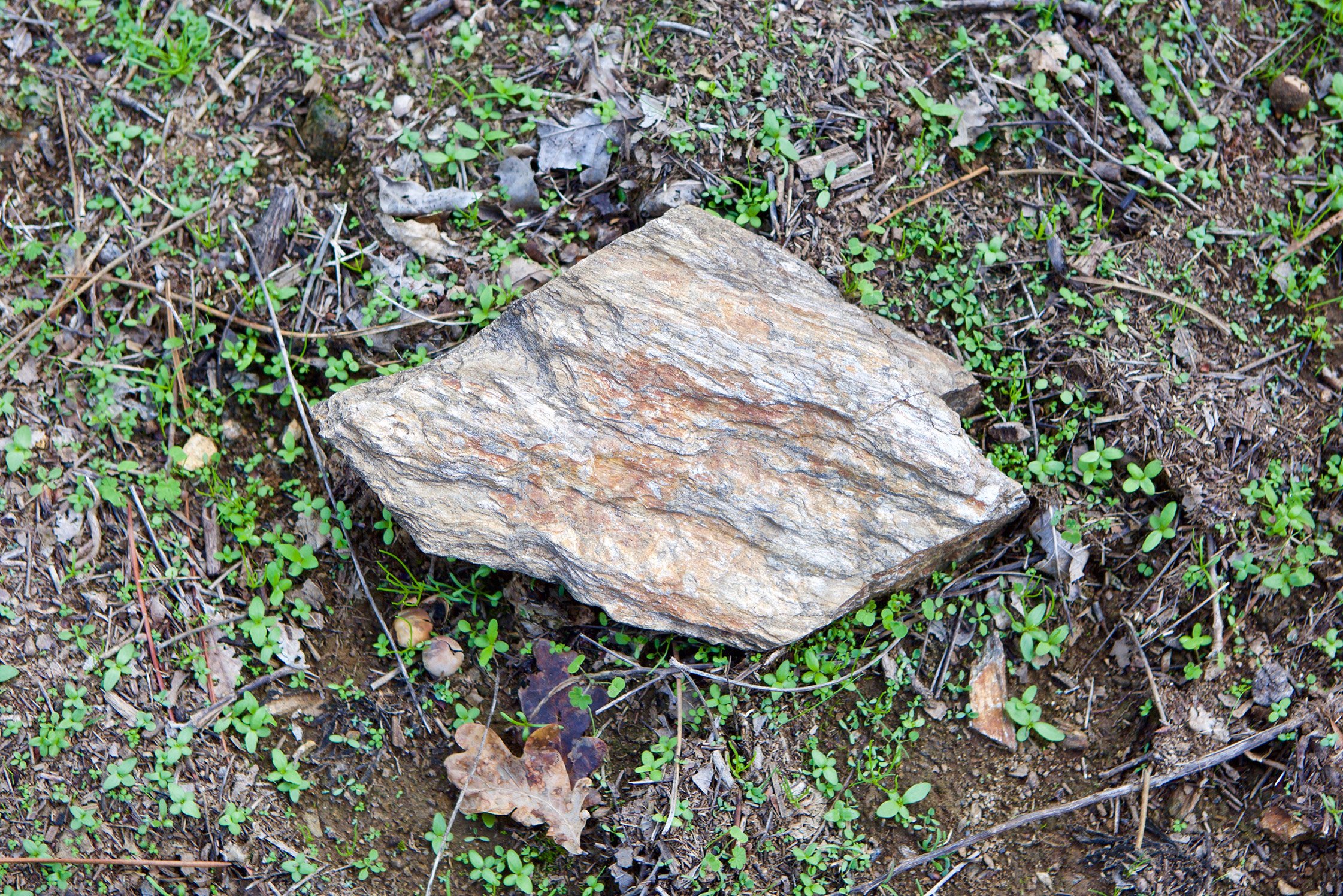 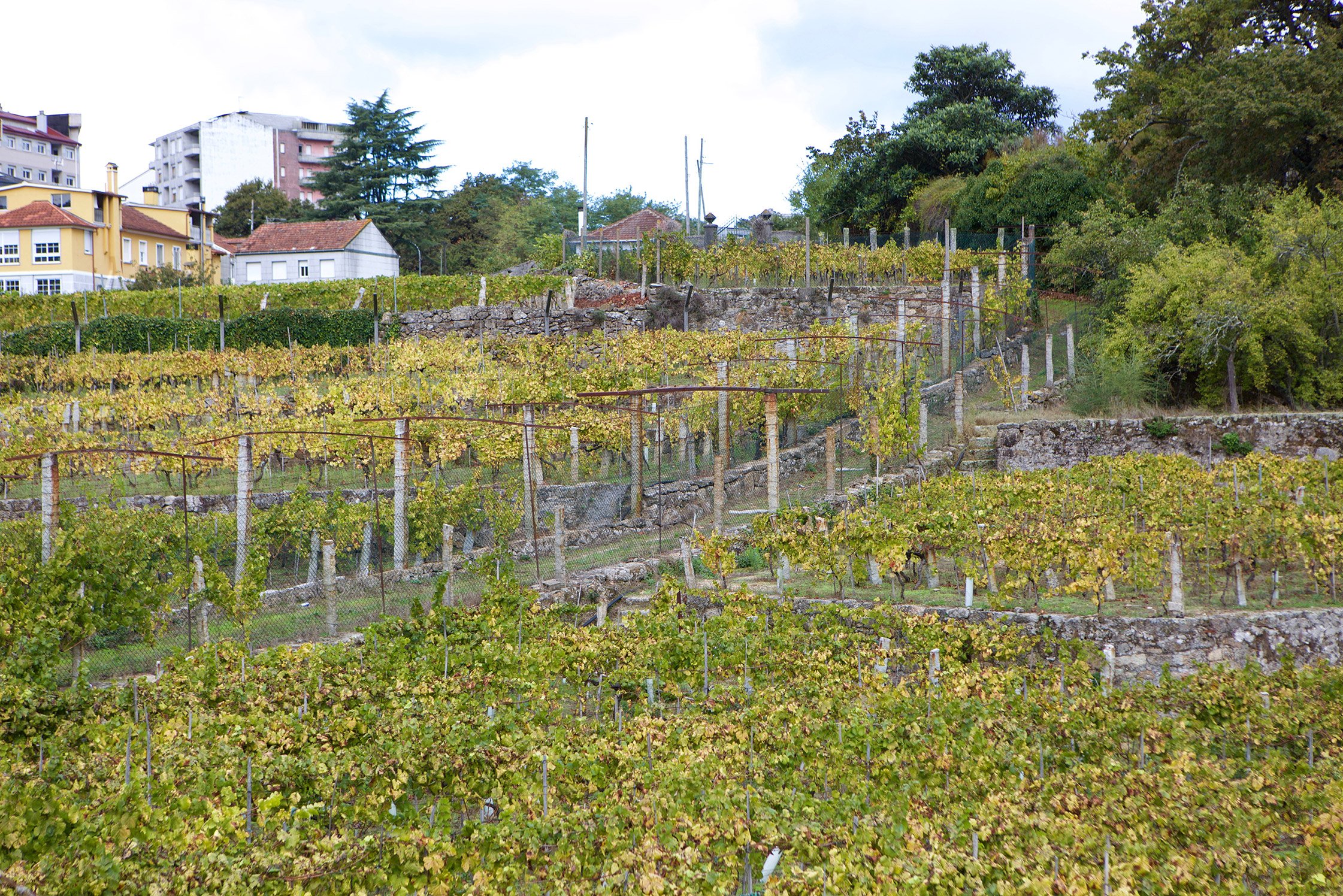 Wine journalist and winemaker, Marcial Pita, and award-winning and fourth generation enologist and viticulturist, Felicísimo Pereira, met while sitting in on panels for Spanish wine competitions. They found that they often picked the same wines as the best of each show and decided to team up in 2007 to begin their project. In 2011, they finally released the first vintage of their Ribeiro based garage winery, Bodegas Paraguas, and quickly caught the attention of the region and many of the top sommeliers who worked in Spain’s Michelin-starred restaurants.

One of Pereira’s specialties has been mining the countryside for nearly forgotten grape varieties and bringing them into the conversation of Galician wines. Bodegas Paraguas works exclusively in Ribeiro and principally with the white grape variety, Treixadura (90%). They veer on the side of picking early and working with a mix of high elevation sites. They also work to respect nature by not using herbicides or pesticides, and doing everything by hand (or horse, in the case of plowing). The stunning results of their high-elevation and early picked wines closely resemble a wine from Burgundy’s Côte d’Or in weight and complexity, but remain true to the taste of the Ribeiro, with honeyed citrus blossoms, saltiness and white fruits.

While Treixadura can be utterly average in the wrong terroir (and in the wrong hands), it may be the sleeping giant of white wines from Spain and its magic is best demonstrated in this part of the country.

“The problem of Ribiero was that during important times in the history of wine, they missed the train,” Marcial said. He explained that Ribeiro was once the most important white wine-producing region in Spain, while Rioja was the most important for reds. The wines were so revered that it’s said the first wines brought to America were from Ribeiro, transported on the ships of Christopher Colombus. Marcial continued, “The Ribeiro lost the battle with Porto and Jerez by not sending their wines to England during all the times of war between France and England.” Fortunately for us, the renaissance is happening in our lifetime.

In the last thirty years, the Ribiero was likely the last area of Spain to come around to technological advances, but now there is a resurgence of small producers with the right ideas about how to work the vineyards without having to recover from building a market around modern-styled wines.  -TV

The future is bright for the Ribeiro and it may find itself on the top of all regions in Galicia. From a regional standpoint, it’s built to weather the next years of global warming better than most of its neighbors since it’s not extreme like the sensationally treacherous vineyards of the Ribera Sacra, where there’s either excessive rain or drought. Rias Biaxas, just to the west of the Ribeiro, is completely exposed to elements from the Atlantic like rain and wind and has an unbreakable marriage to Albariño, one of Spain’s great white wines that nonetheless has its limits when compared to the world’s top white grape varieties, like Riesling, Chardonnay or Chenin Blanc.

Ribeiro’s ace up the sleeve is Treixadura, a grape that thrives better here than anywhere else. Because of its history as a volume grape mostly in Portugal’s Vinho Verde region, it seems to have barely been tapped for its noble qualities. In the right hands (like Paraguas’), it appears to have the chops to stand tall in complexity with the world of more full-bodied white wines.

As in much of the Northern Rhone Valley, Muscadet, Corsica, Sardinia, Northern Portugal and Chile’s Itata Valley, most soils on the Iberian Peninsula’s Galician Massif are dominated by granite, one of the world’s most noble soils for wine. All of the Paraguas vineyard sites are on granite bedrock with decomposed granite topsoil. As a whole, granite makes up about seventy percent of the vineyard land of Galicia, leaving about twenty percent for schist while the rest is mostly sedimentary rock. Another plus for the Ribeiro is that many of the vineyards are close to 900 feet in altitude, which helps the wines retain even more acidity and fresh tones that could otherwise be flat and uninteresting if grown in warmer climates.

Surrounded by mountains, the climate of Ribeiro is in a transitional zone of mostly cold Atlantic winds and, to a lesser degree, a warm continental and Mediterranean influence. The result is that winters can fall below freezing and there’s plenty of rain. In the summer and fall it becomes like a pressure cooker, but remains dry and warm enough to achieve the right phenolic balance and optimal ripeness to best express the specific nuances of the region. The Ribeiro is a perfect place for viticulture because of the diversity of grape varieties and soil types. It will likely only improve as climate change continues its current course, which makes it a region to watch within our lifetime. -TV