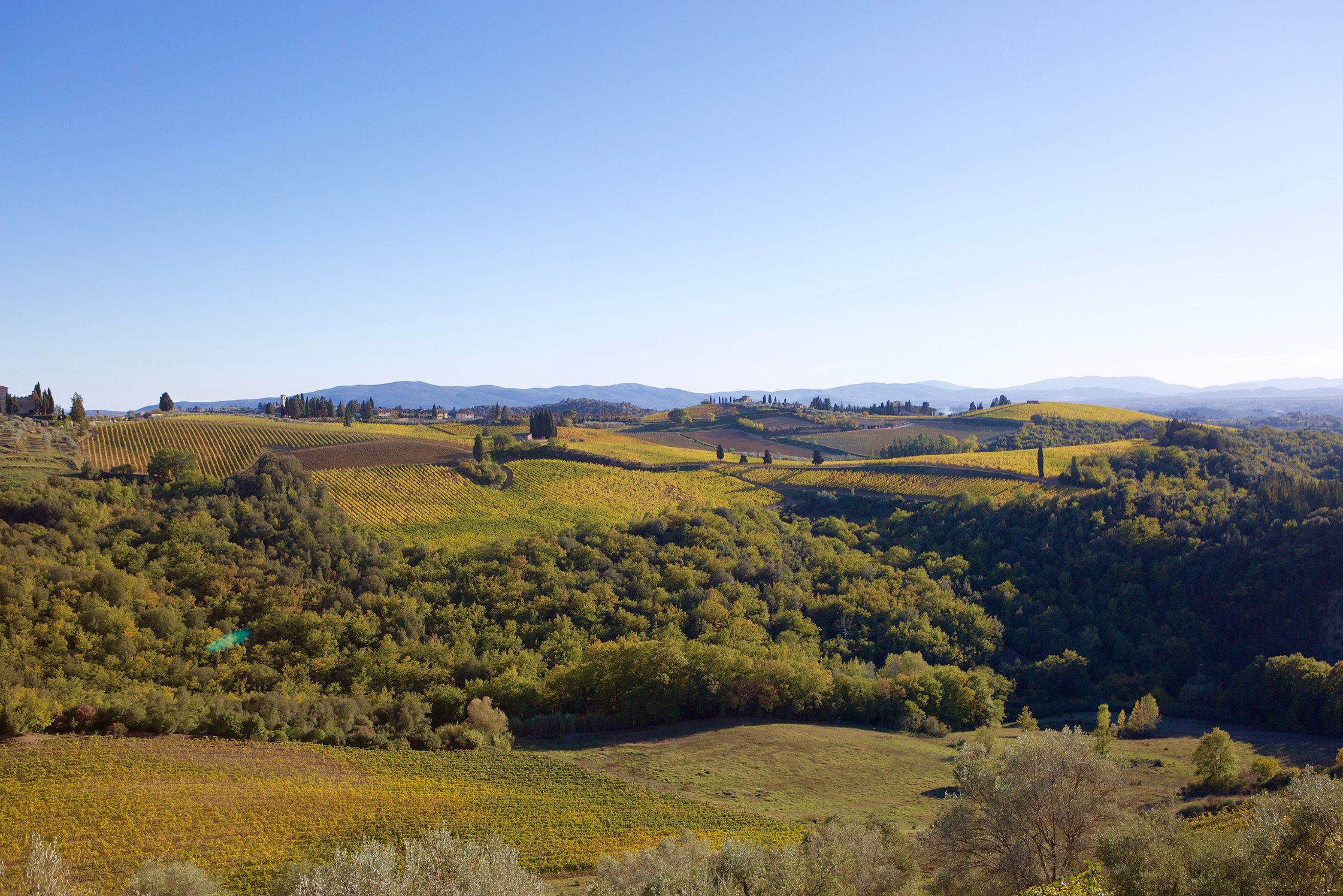 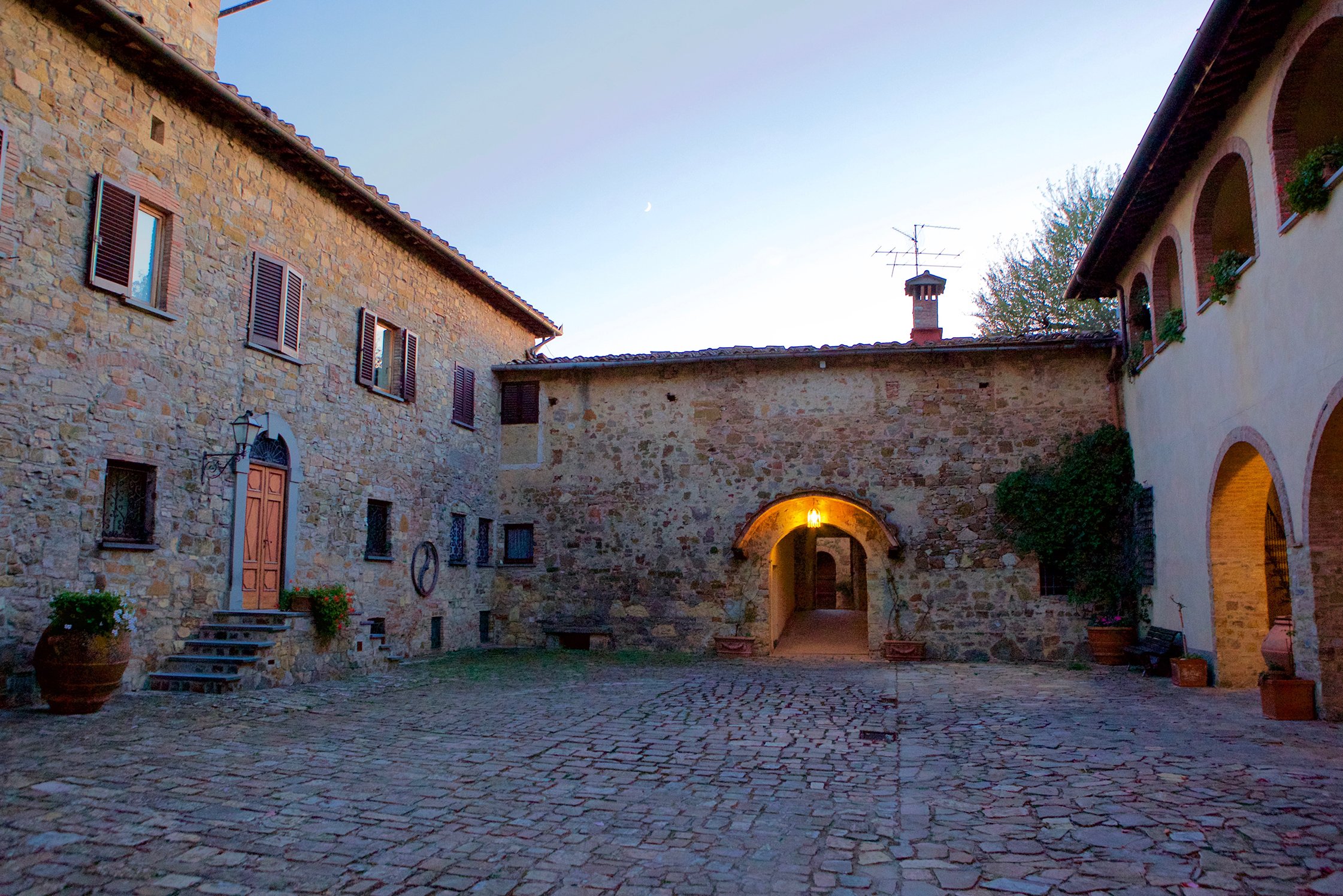 It’s been our modus operandi to visit each producer before we commit to working with them. But the beautiful wines of Quercia al Poggio forced me to make an exception after the first sniff and sip of the 2013 Chianti Classico and 2011 Chianti Classico Riserva; we signed them sight unseen. Then, a visit to the estate and a walk through the vineyards and cellar (always with an eye out for malpractice) confirmed what we suspected during our first taste. They spare no expense as they execute precision organic farming in tune with nature’s rhythms, use minimal new oak and put very little hand in the wines. Mix all this with a curious and committed vigneron who maintains a childlike enthusiasm for what he produces and you’ve got an honest wine with a specific personality worthy of your attention.

The old saying about the resemblance of a dog to its owner could also be said about a wine and its maker. Timid and soft at first, Vittorio is a humble man who reveals the fire of his passion only through his bright eyes and his uncontrollable smile. Born into an affluent family, he found his passion and solace in the vineyards and cellar of a property his father bought when he was a child. In 1997, after some encouragement from his father, he and his wife, Michela, began their life’s work together; they replanted much of the hillsides and renovated their 100 plus hectare polycultural woodland preserve with the organically-farmed vineyards and olive trees that surround their picturesque and once monastic dwelling.

Quercia al Poggio is located in Barberino Val d’Elsa, smack dab between Florence and Sienna. The Rossi’s ancient property rests on a hill surrounded on three sides by vineyards and olive trees, and are positioned very close to two historical estates in Chianti Classico, Isola e Olena and the Castello della Paneretta. Like those of their famous neighbors, their soils have a lot of clay that’s rich in limestone and scattered, but with less abundant sections of galestro (a clayey schist soil and stone), a unique geological formation found in many regions of Chianti Classico. The deep clay soils bring roundness and charm to their wines, while the limestone and galestro sculpt its more finely detailed nuances and brings the wine to life.

The market’s movement away from mainstream wines as they have in Tuscany was a boon for the rest of Italy, opening the door to a much more broad range of lesser known regions.  But the pendulum has already begun the swing back, and some of the great estates that were categorically shunned are returning to top tier restaurant lists.

There is no region in Italy (or even the world) with as much unrealized potential for greatness as Chianti Classico. This seems like a ridiculous statement considering how many famous wines come from Tuscany, but with Sangiovese, one of the world’s greatest and most underappreciated grapes, as the headliner, a fresh land teeming with natural forests that dominate the landscape, polycultural farms around every corner, restrictions on new plantings, a massively diverse amount of extraordinary soils (limestone, clay, sand, galestro, schist) perfect for wines chiseled by their distinguished terroirs, and the many communes in the process of making organic farming a law of the land, what more could you want?! Well, they could work on their completely flavorless bread, and their general cuisine, but other than that, Chianti Classico has it all.