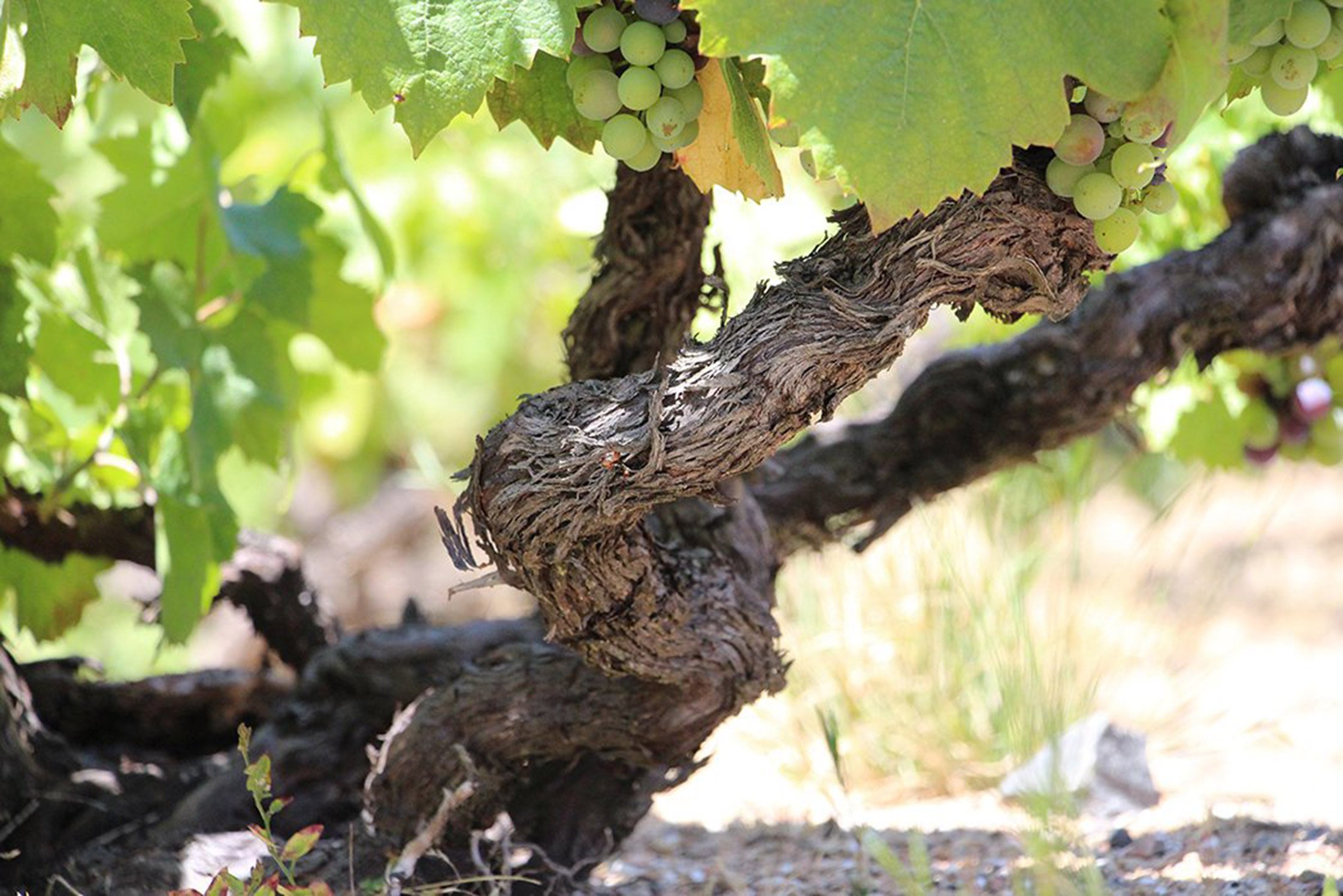 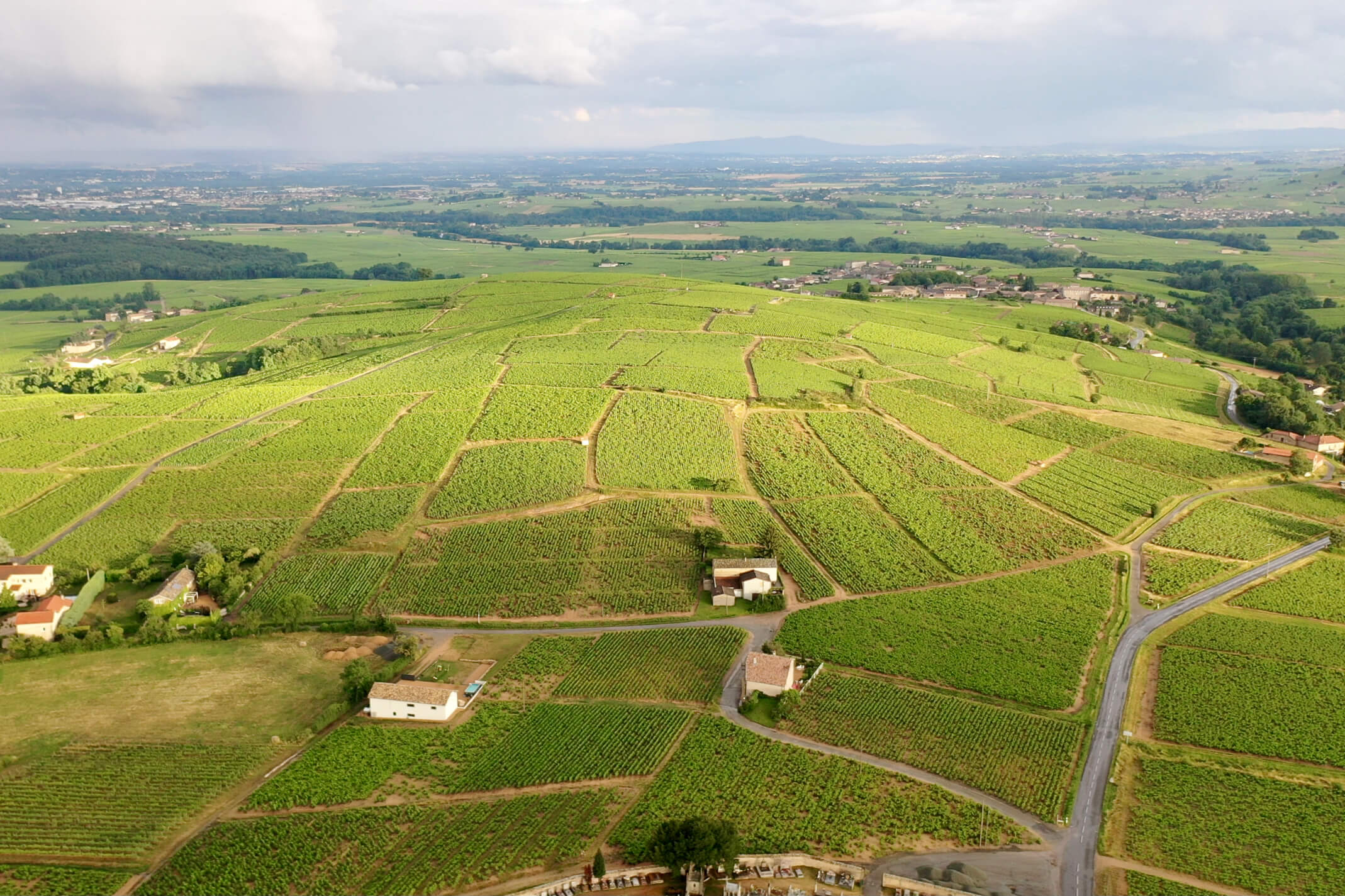 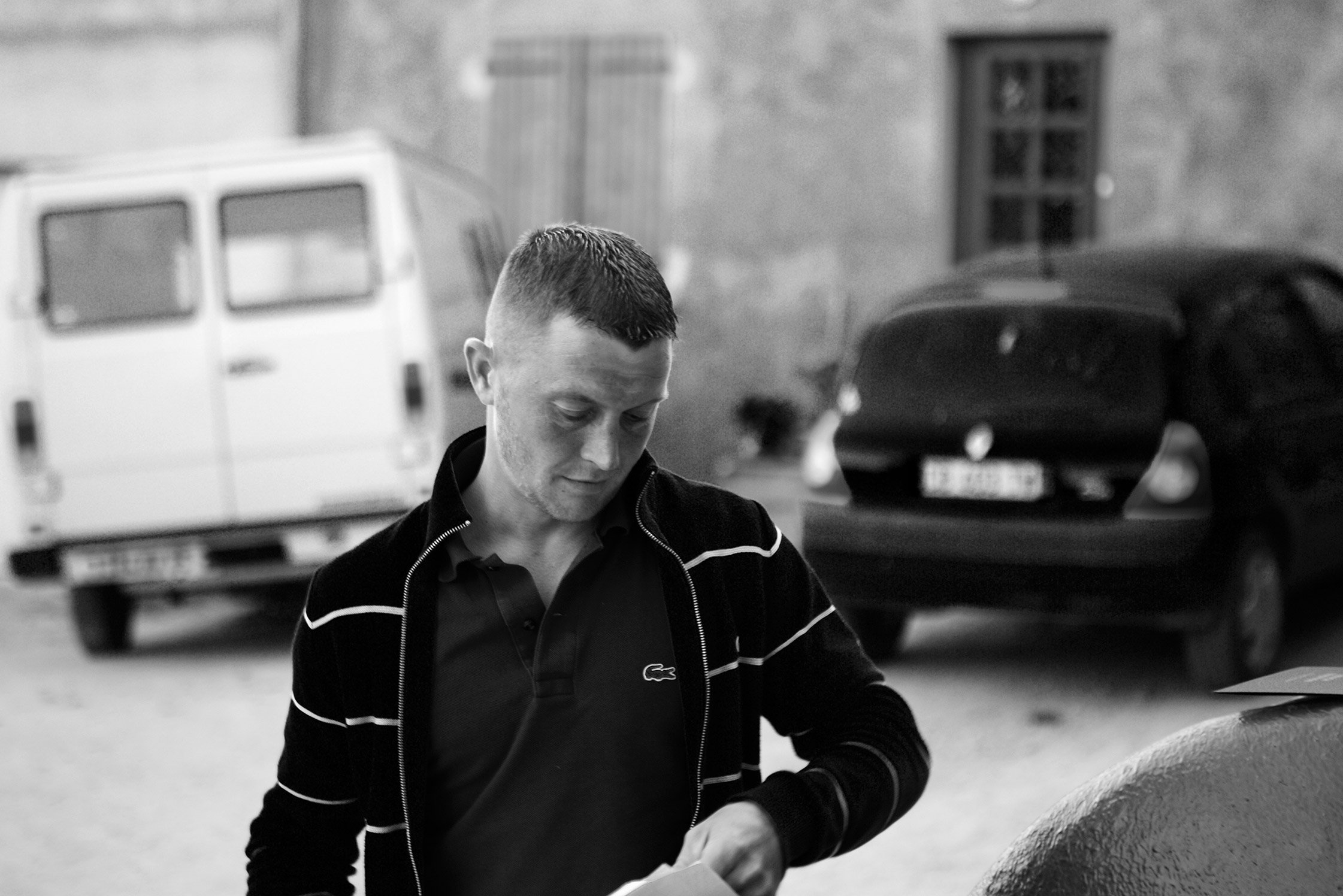 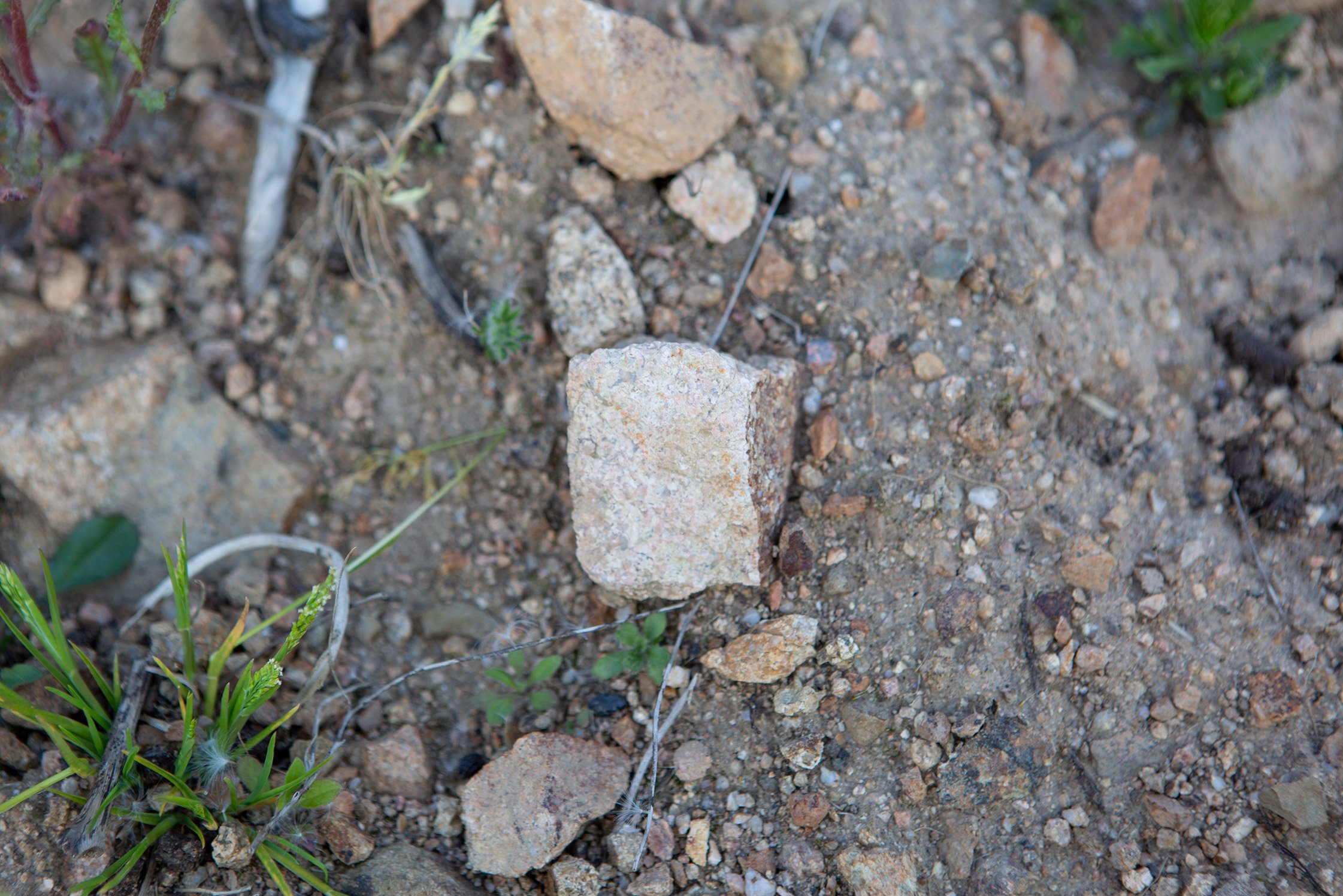 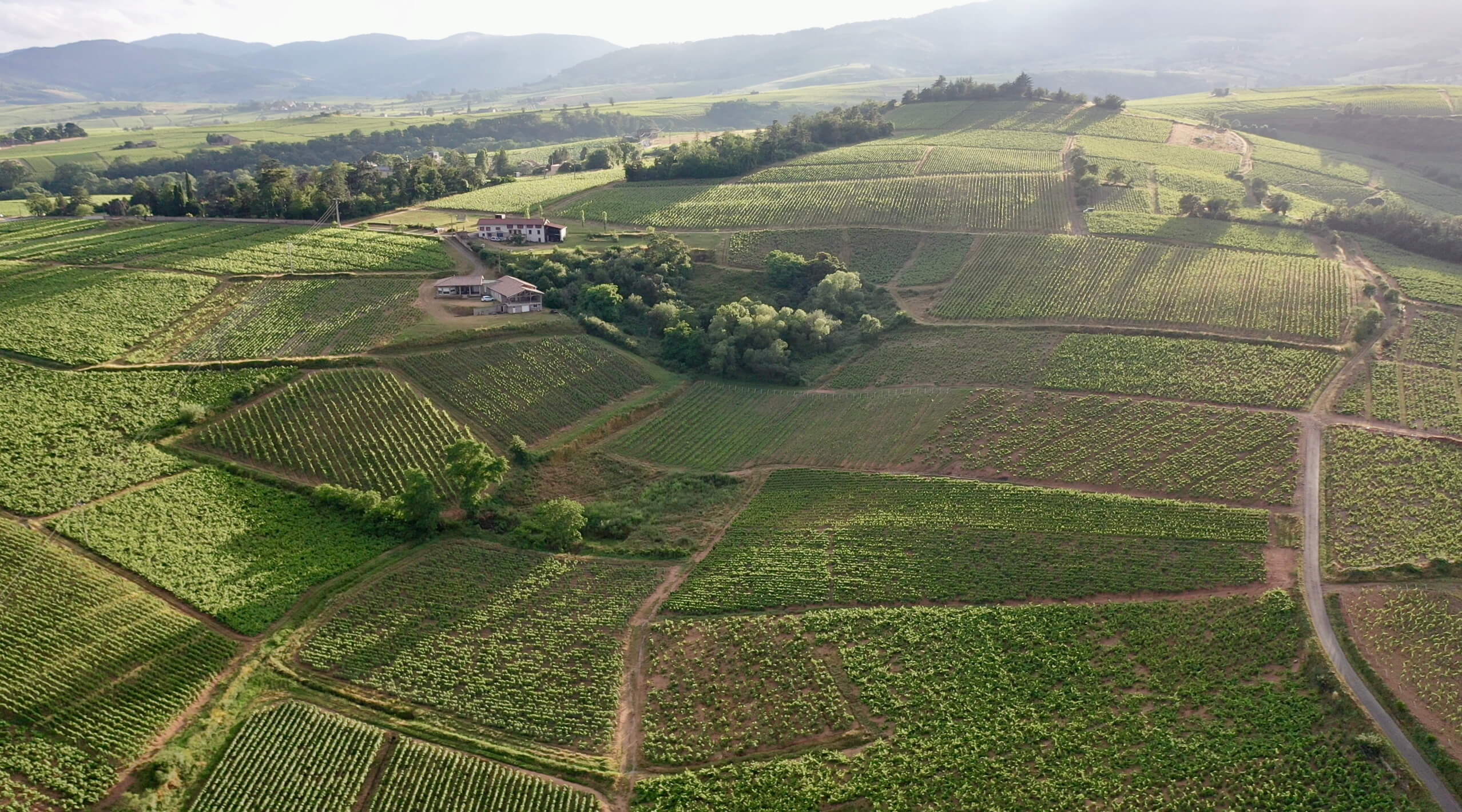 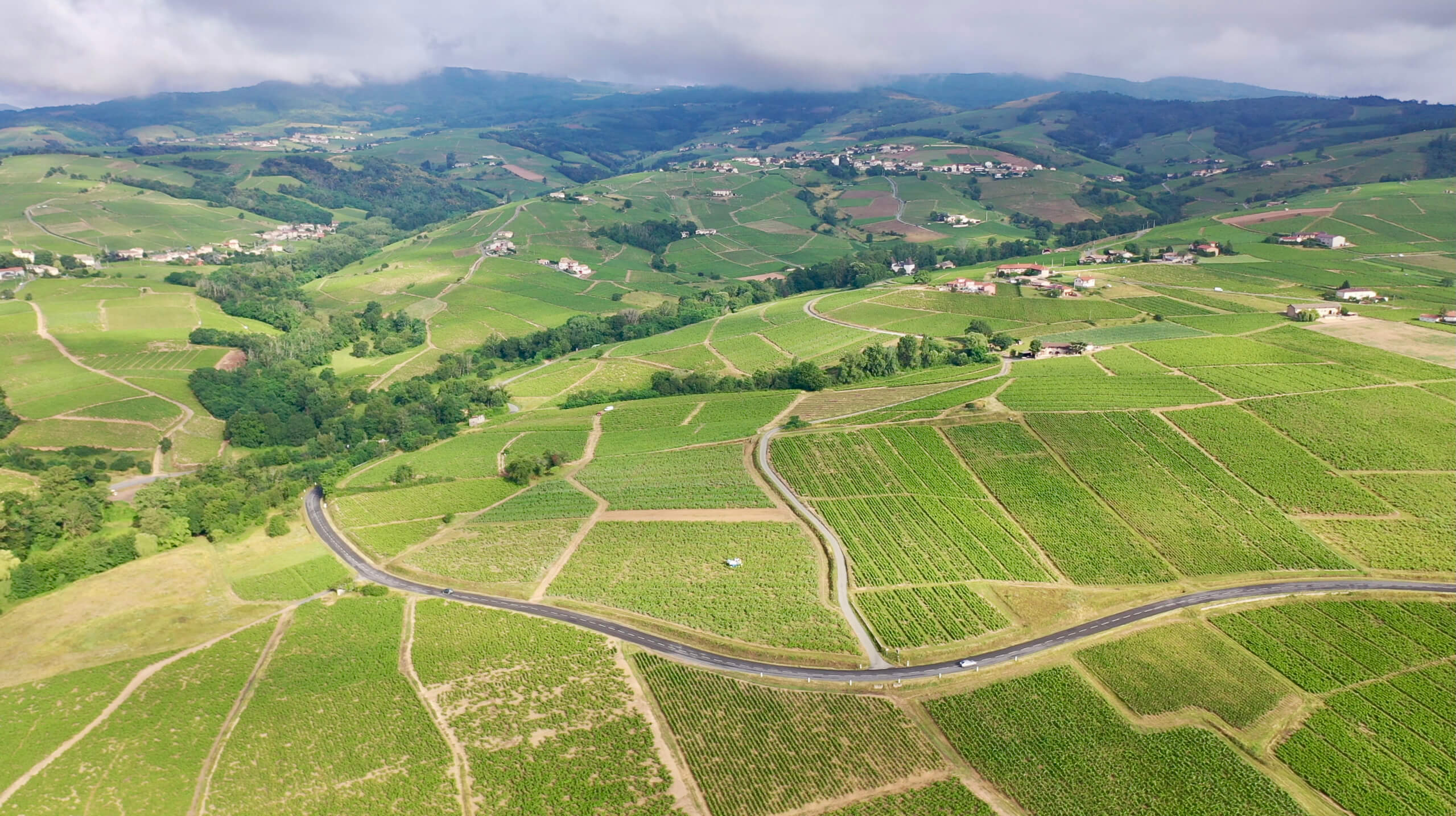 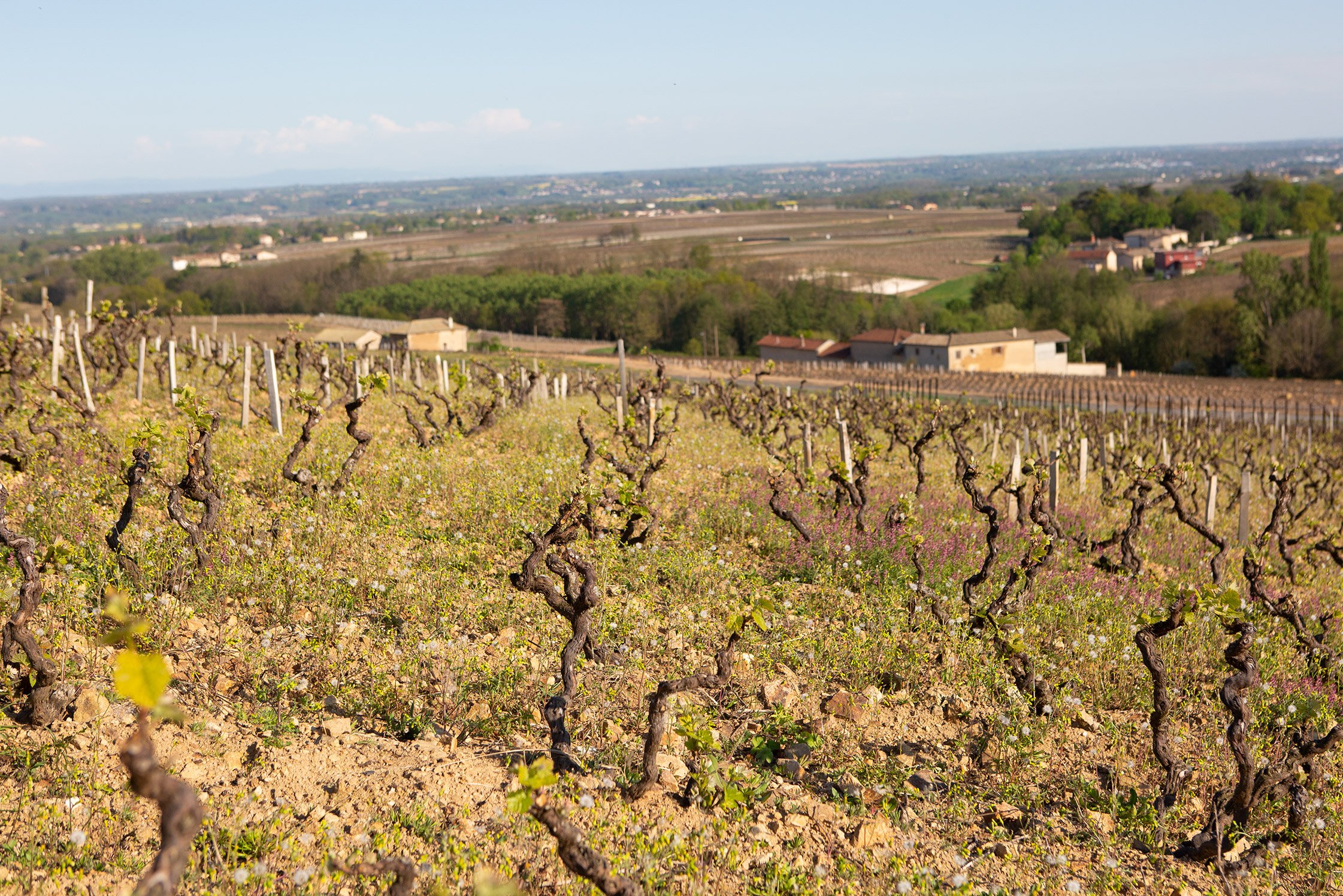 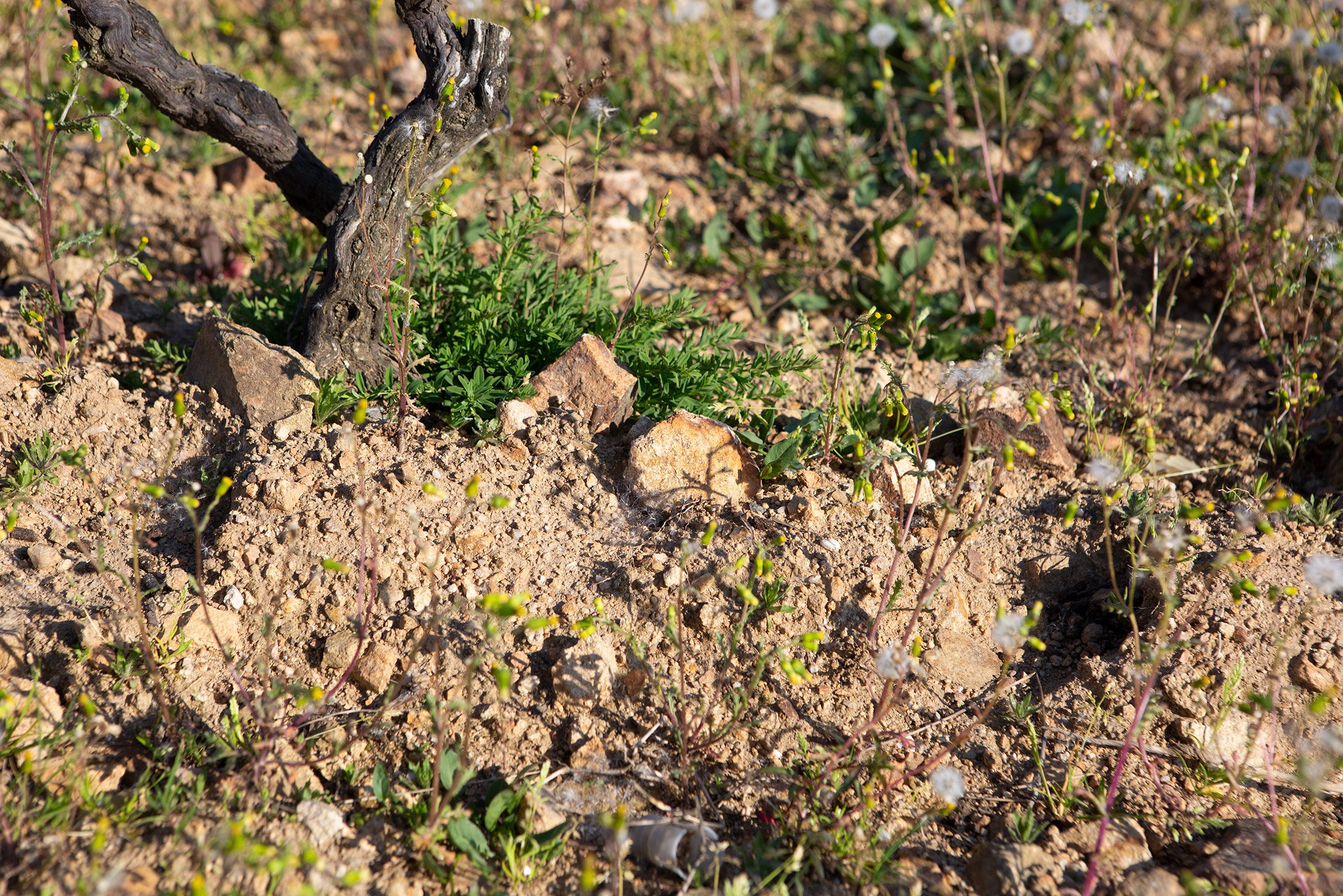 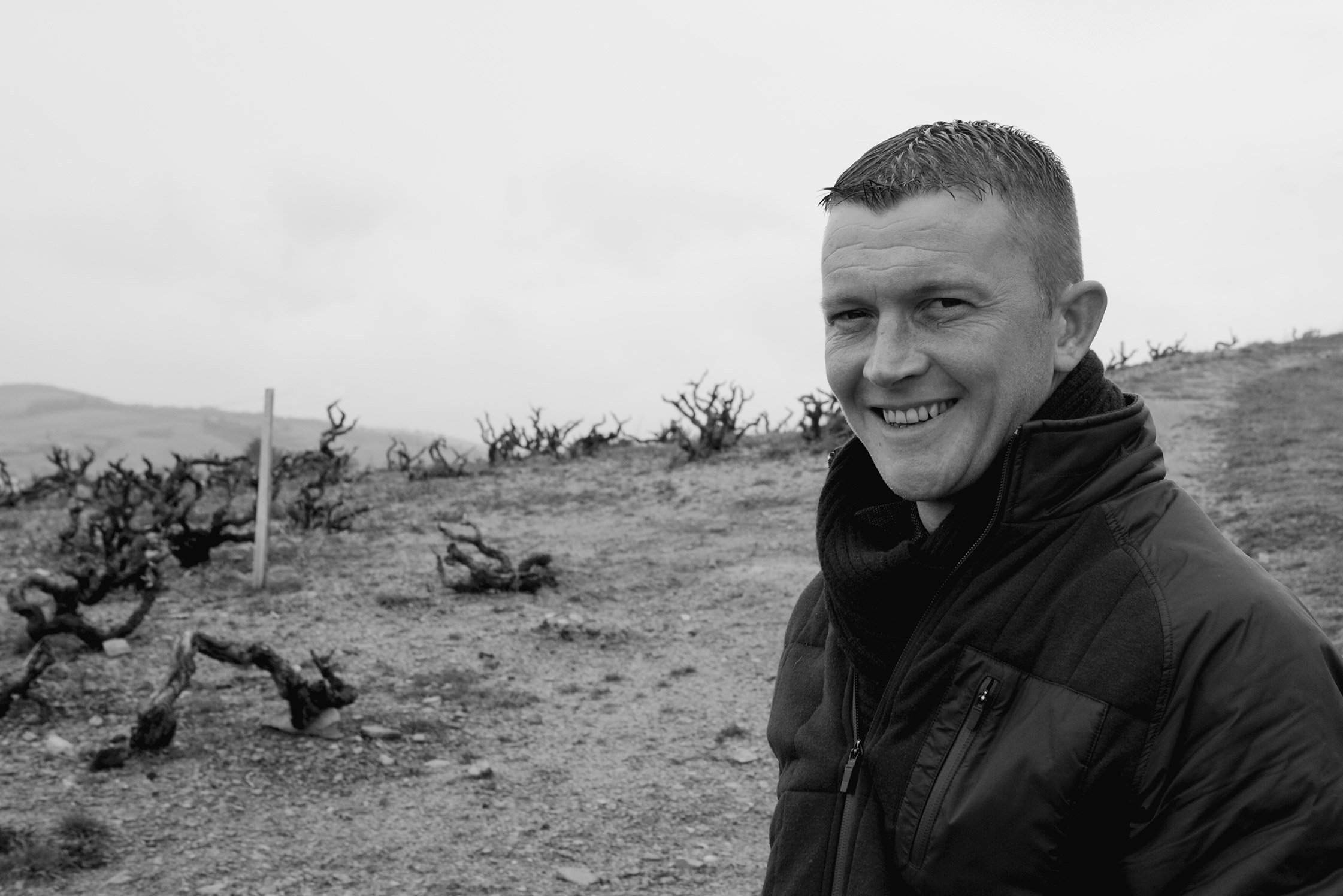 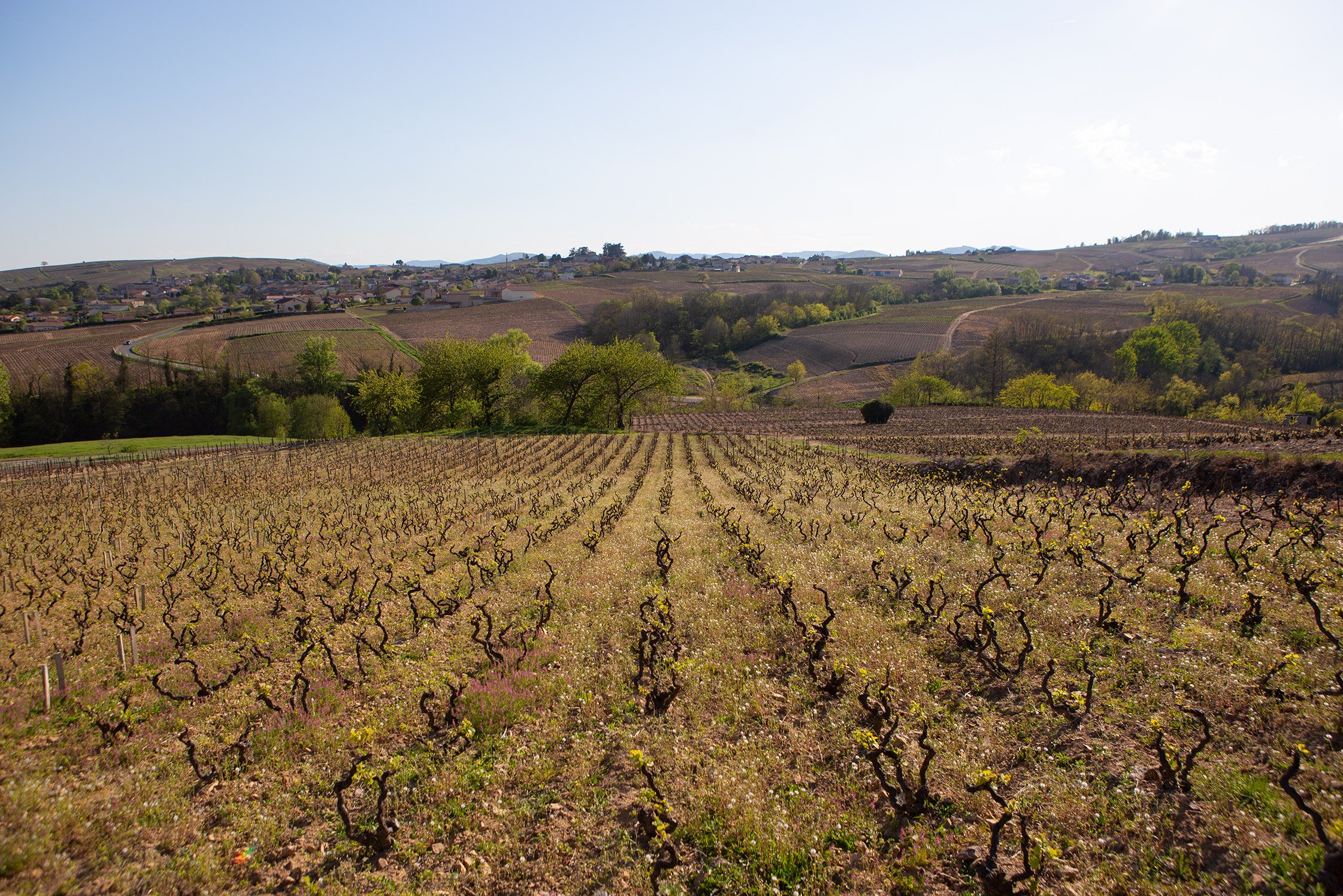 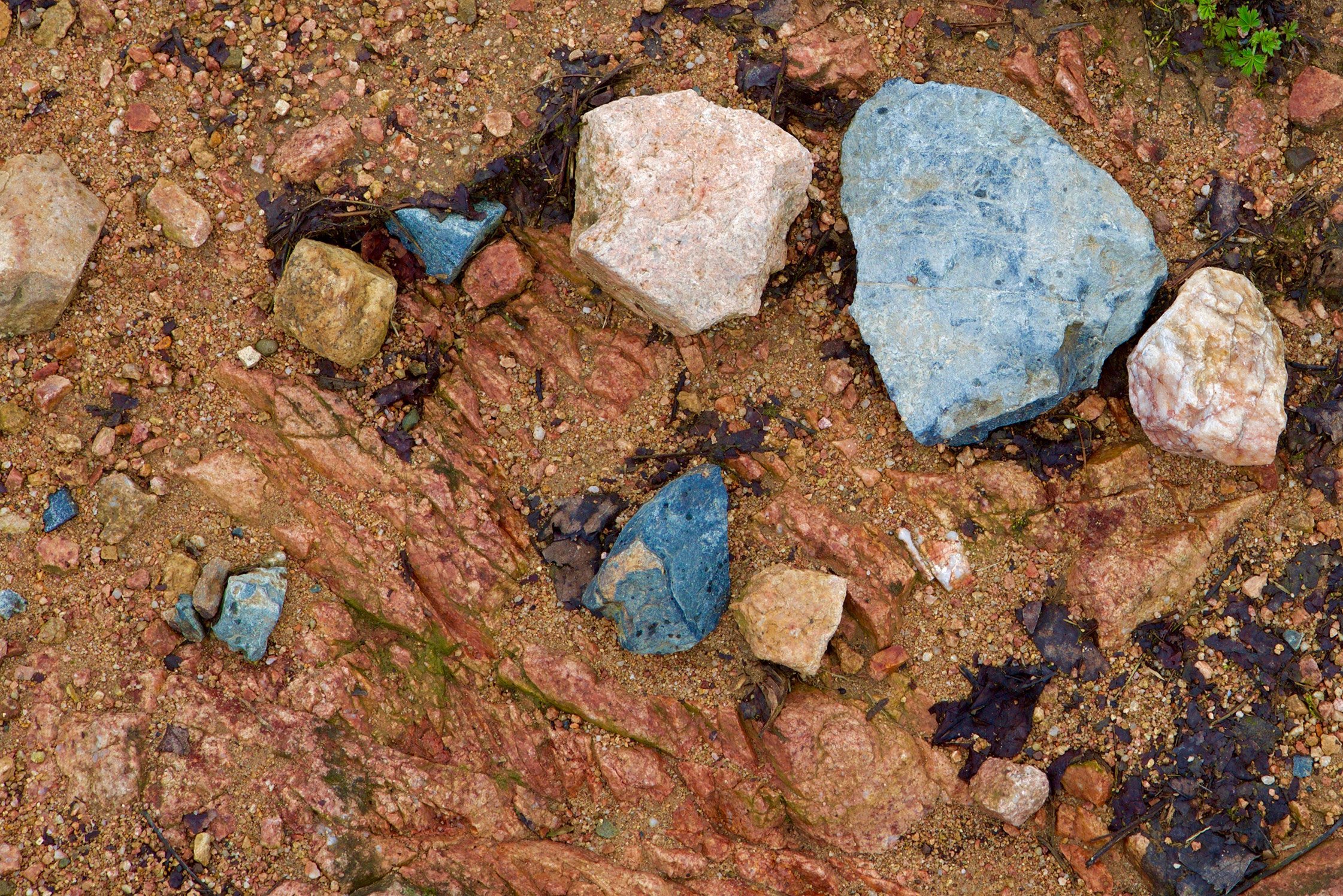 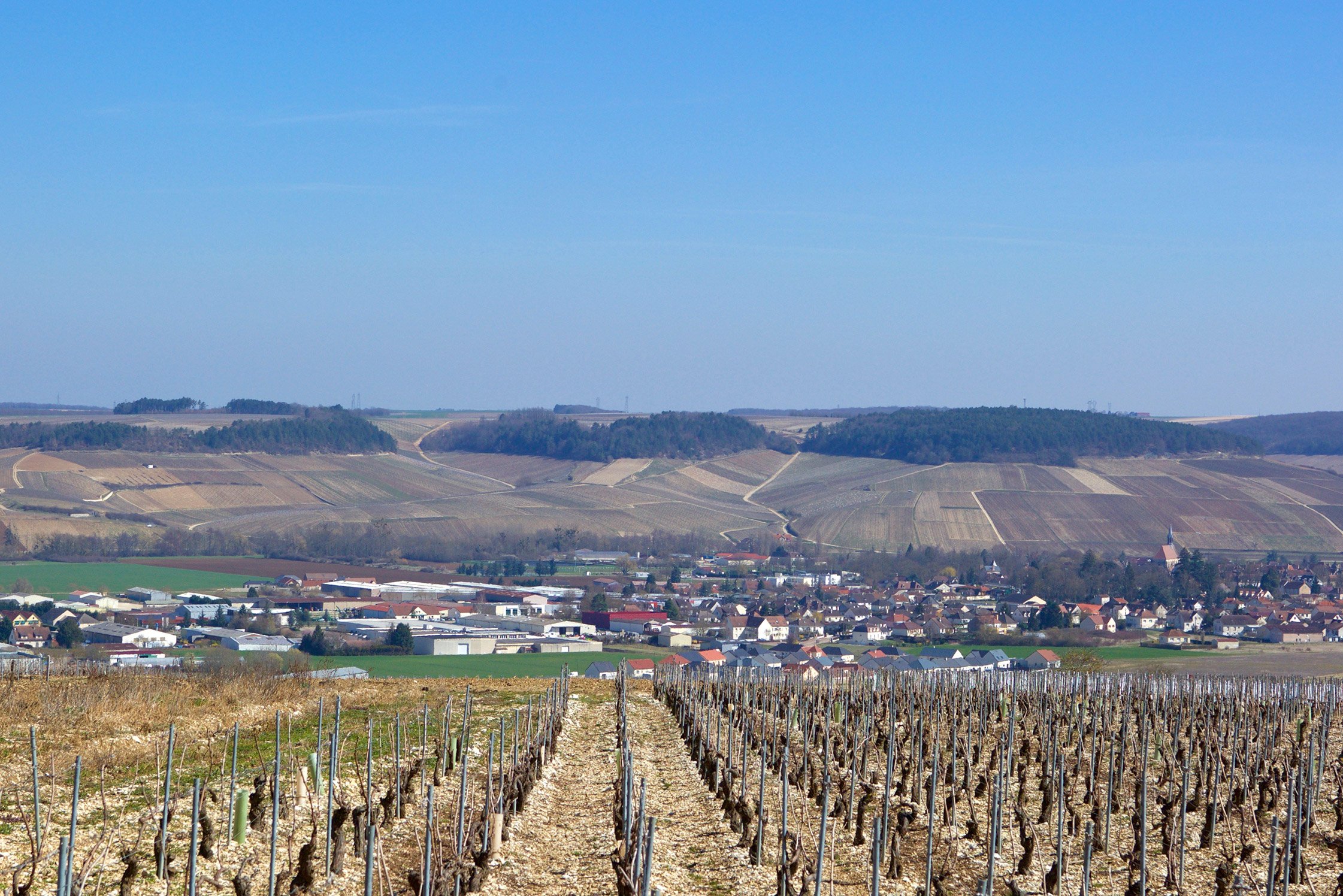 Anthony Thevenet’s interpretation of Beaujolais is a unique combination of wines from decades past and today’s trend of voluptuously fruity, early-drinking renditions with a serious edge. After cutting his teeth in the cellar of Georges Descombes, one of the local veterans of natural winemaking, followed by five years as the right hand man of Jean Foillard, one of the true luminaries of Beaujolais, he went out on his own. 2013 was his first vintage, though his walk through the fire began early in his career with the hot 2015 vintage followed by 2016, where hail destroyed the majority of his production that year—testing his skills in managing results no one has seen in Beaujolais as long as his 90 year-old grandmother has been around. If one were introduced to his wines in 2015 or 2016, it may have been difficult to predict where Anthony was headed, despite having crafted some of the most compelling 2015s I tasted from all of the greats in Beaujolais. But if you caught him at the beginning, as we did, with his fantastic 2013 and 2014 vintages, the writing was already on the wall: he is destined to carve out a place among the best in Beaujolais during our lifetime.

With a preference for wines that combine lift, structure and guts, Anthony has both the wine style of old, aged in large, older 600-liter barrels and bottled under his Vieilles Vignes range, while maintaining the newer lifted style of Beaujolais wines from the younger vines simply labeled as Morgon and Chénas. Aside from his previous mentors, he is largely influenced from the generations before him who are old enough to be his father, or grandfather. Characters like Jean-Louis Dutraive (who treats him like a son) and Yvon Metras, along with a slew of new winegrowers in Beaujolais have a great deal of respect for Anthony and his versatility as a winegrower.

Anthony’s vineyard work is done strictly under organic culture and he and his father, Guy, do everything by hand, including weed removal with the help of their metal horse—a small tractor used to pull a metal blade they walk behind and guide by hand to isolate weeds and barely skim the topsoil in order to have as little impact on the beneficial microbes and insects only inches below the surface. Anthony’s father left his career as a Mercedes mechanic to support his son’s dream and obvious talent, and he now spends all of his time tending to the vines. There are no treatments in their vineyards aside from copper and sulfur—both legal for organic and biodynamic farming, and accepted practices in the natural wine community; the reality is that if people in Europe didn’t spray copper or sulfur in their vineyards they wouldn’t have any grapes at all.

All the wines at Thevenet’s cellar are vinified by whole bunch carbonic fermentation and sulfites are not added until just before bottling. There are no cultured yeasts used in the cellar and the “infusion” fermentations (which means little to no movement of the grapes while fermenting) last for the twenty days or so, depending on the year. All the wines complete malolactic fermentation and there are no finings or filtrations made.

With the passing of his grandfather, Anthony and his father immediately converted three hectares of the family’s nine to organic viticulture and have plans to convert the rest as they grow their production. In 2014, he added a small parcel of Côte du Py to the range of his domaine wines, and in 2016 and 2017 some leased Beaujolais Village and Chénas vineyards.

Morgon is one of the most celebrated crus in Beaujolais and is situated in the heart of its ten cru communes. With a semi-continental climate of long, hot summers and cold winters, the region is perfect for Gamay, a grape with great versatility that has the potential to render wines as fine, elegant and complex as many Burgundies and, on the opposite side of the spectrum, wines of great force and structure with nuances more closely linked to their neighbors on the other side of Lyon from the Northern Rhône Valley. Of course, there are also the lip-smackingly delicious wines in the middle, and unfortunately a sea of cheap, chemically farmed (like 95% of the entire appellation) wines with barely a shade of life left in the bottle.

The geological history of the Beaujolais Crus is largely associated with France’s ancient rock formation, the Massif Central, a more than 300-million-year-old heavily eroded mountain range in the lower half of France. The bedrock in northern Beaujolais is quite the opposite of their northerly Burgundy neighbors who grow Pinot Noir and Chardonnay on limestone bedrock and clay. Here it’s mostly composed of acidic rocks (limestone is alkaline) like granite and volcanic igneous rocks, and metamorphic schists and gneiss, and seemingly an endless supply of other rock formations, all with an acidic pH.

Morgon, where all of Thevenet’s family domaine vines are located, is just to the south of Fleurie and Chiroubles on a bedrock and soil composition made principally of granite, and it doesn’t change much until you get to the Côte de Py—more on that further into this story. The rock formation that is contiguous from Chénas down to Brouilly is largely granite as well, with varying grades of soil grain, from fine granite sands to coarse gravelly sites and alluvial fans that may completely change the soil structure.

It may seem like wine geek overkill to dig in on a subject like soil grain, but as a general rule it has great impact on the shape of a wine and its nuances, whether subtle or powerful. It is commonly observable in the case of Beaujolais, and elsewhere, that sandier soils bring elegance and aromatic lift, while more stony soils tend to narrow the wine in some way, bringing density to the core and often harder tannins. This is merely a small taste of many examples that could be cited based on soil grain.

Sandy and rocky granite soils provide the Morgon wines of Thevenet a certain well-rounded structure and richness with lift and grace rarely matched by other crus—although each cru has their own personality and strength. By contrast to the rest of Morgon, its famous hill, the Côte du Py, has a unique soil type quite different from granite, mostly composed of metamorphic bedrock (granite is an igneous rock) and renders some of the most powerful examples of Beaujolais.

The Côte du Py is a rounded, freestanding lump of a hill mostly composed of extremely hard metamorphic rocks, generalized largely as schist—varying in color from orange to light and dark shades of teal. Important to note about this hill is that the bedrock is impossibly hard and often spare in topsoil, making for powerful wines with more defined lines and a deeper core concentration than what is typically found from wines grown in granite. Wines grown in schist and other metamorphic rocks showcase pronounced unique stony, mineral and deeply metal nuances in the aroma, taste and texture. Within the range of any grower who has Côte du Py and other Morgon sites, wines from this hill stand out in shape and stature.

To bring more context to this suggestion of taste between granite and schist, compare Côte-Rôtie sourced from the Côte Brune to a Saint-Joseph from Mauves; or more easily (and affordable) a Saint- Joseph from Chavanay to a Mauves Saint-Joseph—the two bookends of the appellation from north to south, respectively. By appearance, the Mauves wine is likely a more deep, full red, but also more elegant and horizontal in the palate compared to the often tense, metallic and vertical Saint-Joseph wines further north. This is the case for Thevenet’s intensely focused and textured Côte du Py in shape compared to his more elegant Morgon Vieilles Vignes grown purely on granite bedrock and granite sand. However, his vines on the Côte du Py have over eighty years of age and there is a richness with dense but pointed exotic fruit despite its intense focus. It’s true that Morgon may be the Beaujolais’ quintessential village but its local vignerons are characters that make a broad range of interpretations from sublime elegance, girth and grit, and every shade in between.

As of 2017, Chénas became an important addition to Thevenet’s roster of wines. It’s the smallest of the ten Beaujolais crus and sits about fifteen-to-twenty minutes by car to the north of Morgon—depending on who’s driving. He found a good parcel of very old vines on a soft slope with deep pink granite sand and gravel topsoil—a combination that makes for wines with great aromatic lift, mineral intensity and depth. Here the ancient vines are bottled under the Chénas Vieilles Vignes label, while the younger vines are bottled simply as Chénas. These parcels are rented but were immediately converted to organic culture and worked by Anthony and his father.
-TV