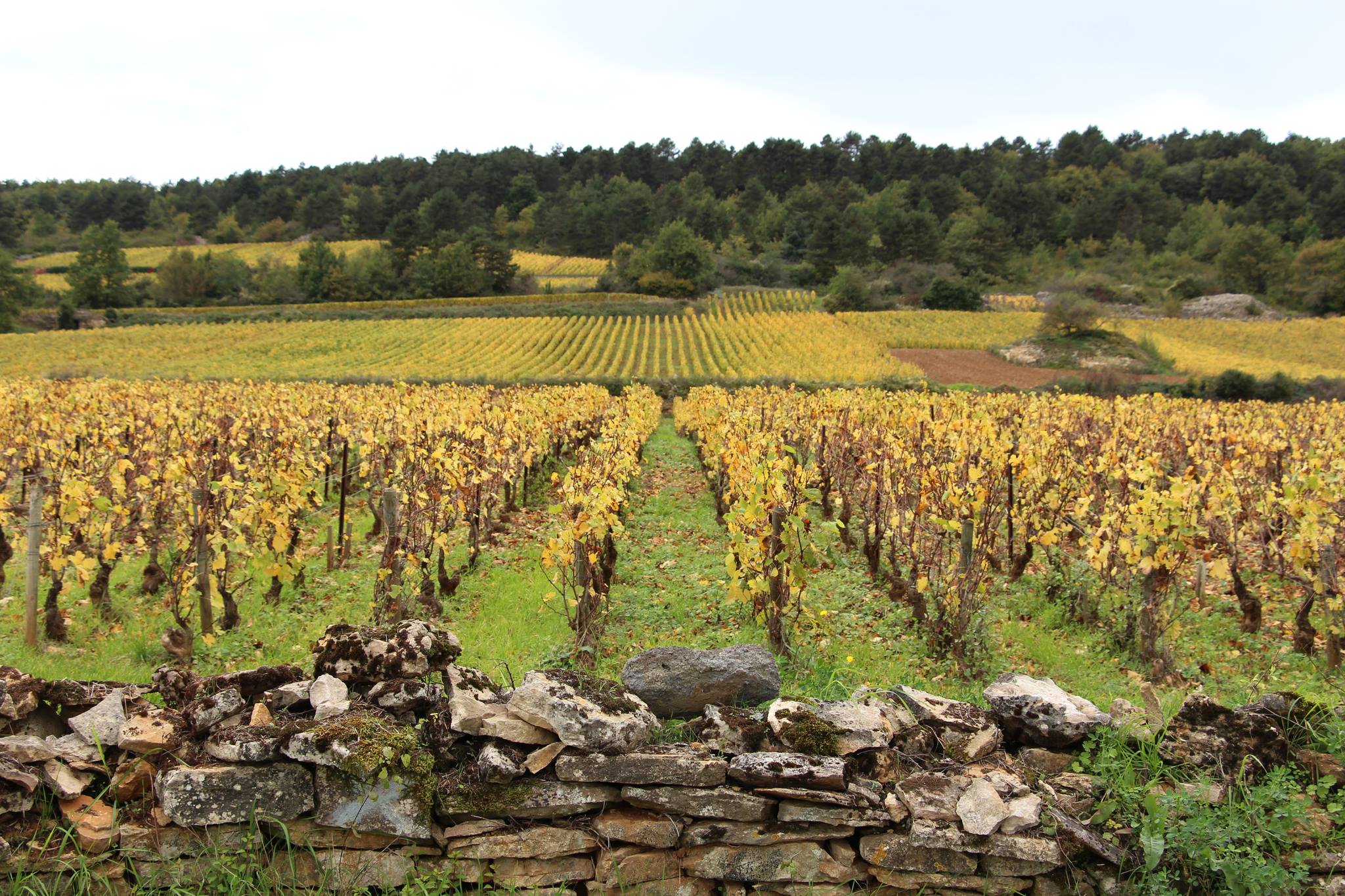 In 1989, after returning from business school in Paris, Caroline L’Estimé took over the winemaking and vineyard direction from her father, Jean-Noël Gagnard. The style at this Chardonnay focused domaine is one of subtlety led with gentle sweet golden earth tones. Often found in Caroline’s range of whites are beautiful wild mushrooms scents of chanterelles and porcinis, brown butter, dried herbs and always some kind of citrus tones, often like a Meyer lemon or the unique purity of an Amalfi Coast lemon grown on steep limestone terraces overlooking the Mediterranean. It’s hard to know exactly why her style is unique in this way—in fact I can’t find one that I would say is a mirror image—and even to ask her why her wines are the way they are brings her to a full smile, often bursts of laughter, followed by little explanation except that it’s just the way she does it.

Within our group of restaurant sommeliers, Gagnard has some seriously devout fans that hoard our minuscule supply for their restaurant programs since we began to import her wines a decade ago, starting with the 2008 vintage. Perhaps it’s because the range is a match made for classical French countryside cooking that doesn’t stray too far off the path into trendy winemaking. While they drink beautifully without an accompaniment of food, it’s a pity not to pair them up with something like a slow roasted chicken, or even a richer presentation of a French classic involving fish, like sole à la meunière—a dish I think could be a top choice of fish preparations with the aromatic and taste profile of her Chardonnay wines.

In the cellar, the wines are made in a straightforward style, and thankfully gimmick-free within a white Burgundy world of too much of one thing, or not enough of another. There are no games with reduction, so the perception of mineral nuances is textured and aromatically present and finely tuned. Flashy wood techniques and other fooling about simply aren’t her style either, just a confidently crafted set of wines that demonstrates—and concedes to—the differences between their terroirs with striking clarity. When one does organic farming like she does (along with certification for it), as well as following many biodynamic principals and treatments, a soft touch in the cellar seems the logical approach.

As many Burgundy junkies have likely read numerous times (but why not just once more), Chassagne-Montrachet was historically know for its red wines and not for Chardonnay. But, as trends do have their place even within Burgundy, red vines were replaced by Chardonnay quite heavily in the 20th century because of the demand and price the wines could bear. It seems it was a good idea because few red Burgundy wines south of Volnay garner much praise, nor as high prices as other communes, while with Chardonnay the prices find their way to the top of the class of premier crus, both white and red, within the Côte de Beaune.

One of the obvious reasons why Pinot Noir was—and still quietly remains—a star within Chassagne-Montrachet is because of the iron-rich, red clay topsoil found in many of its premier cru vineyards. There is indeed limestone bedrock and limestone rocks in the topsoil mix just as much here as any other appellation in the Côte. However, it is widely accepted that this red soil gives preferential attributes to Pinot Noir, while more white soils are often considered better for Chardonnay. I tend to agree (but I think it should be stated that this is a preference of taste, not specifically of any empirical evidence I’m aware of that makes this true), and despite the obvious quality of her Chassagne-Montrachet whites grown lower down on the slope in redder soil, we normally try to stick with her Chardonnay’s grown further upslope on less profoundly deep soils that are more white in color. The two premier crus we import on the upper sections of the slope are Les Chaumées and Les Caillerets, with the latter considered the top premier cru within the appellation. Further downslope, but in a privileged spot next to the grand crus, is the premier cru Blanchot-Dessus.

Visit our product pages to read more about Gagnard’s wines.