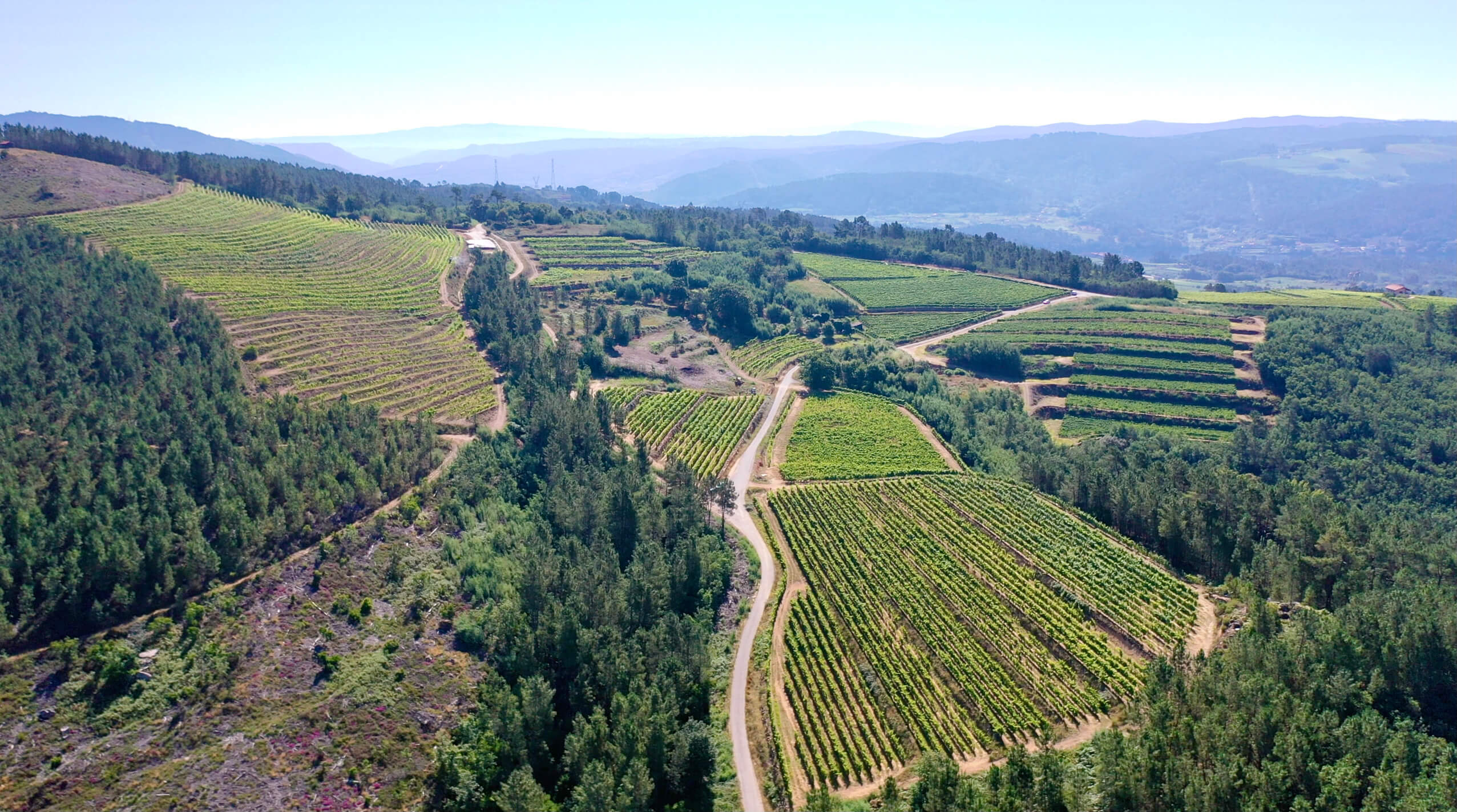 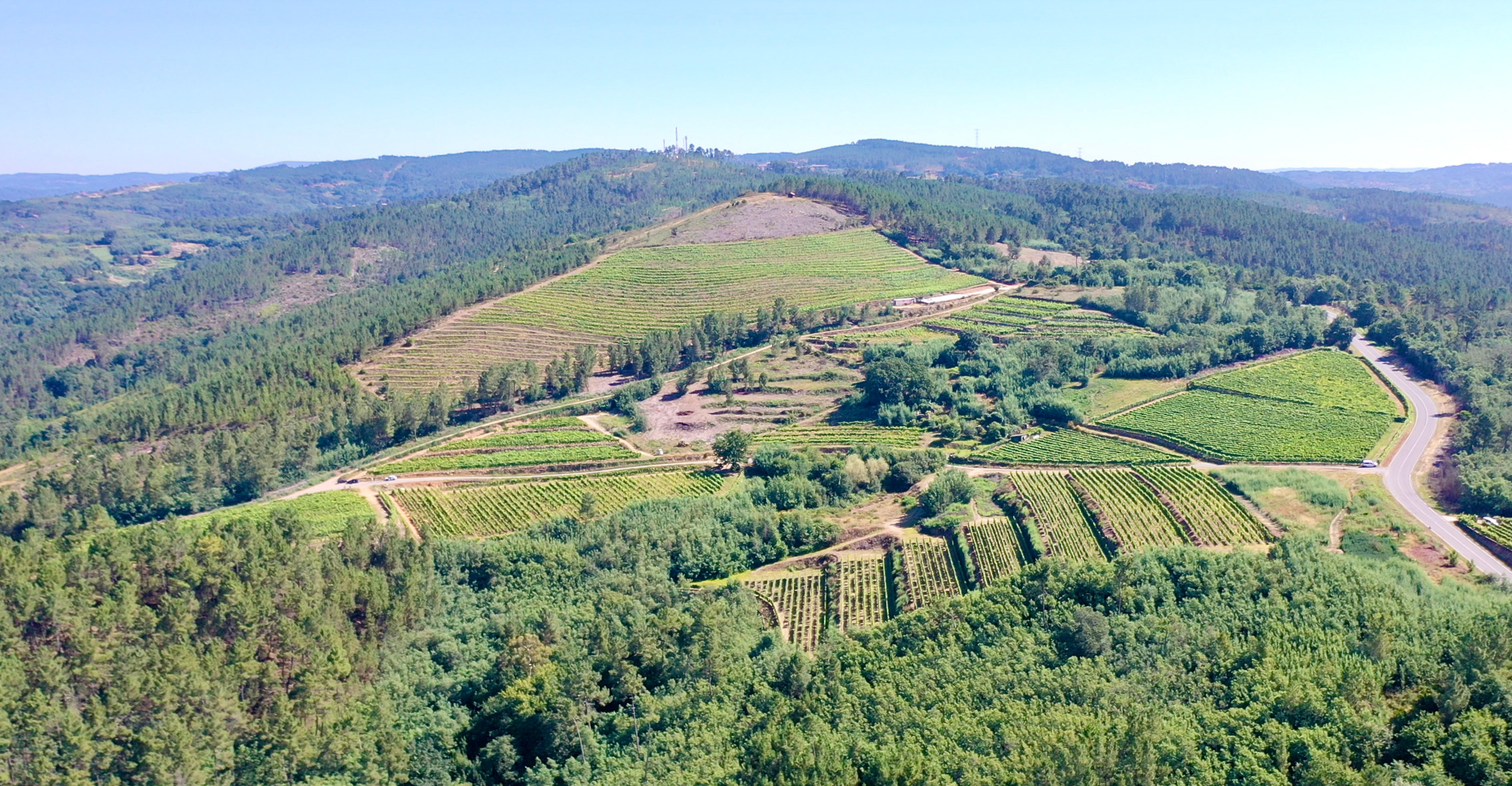 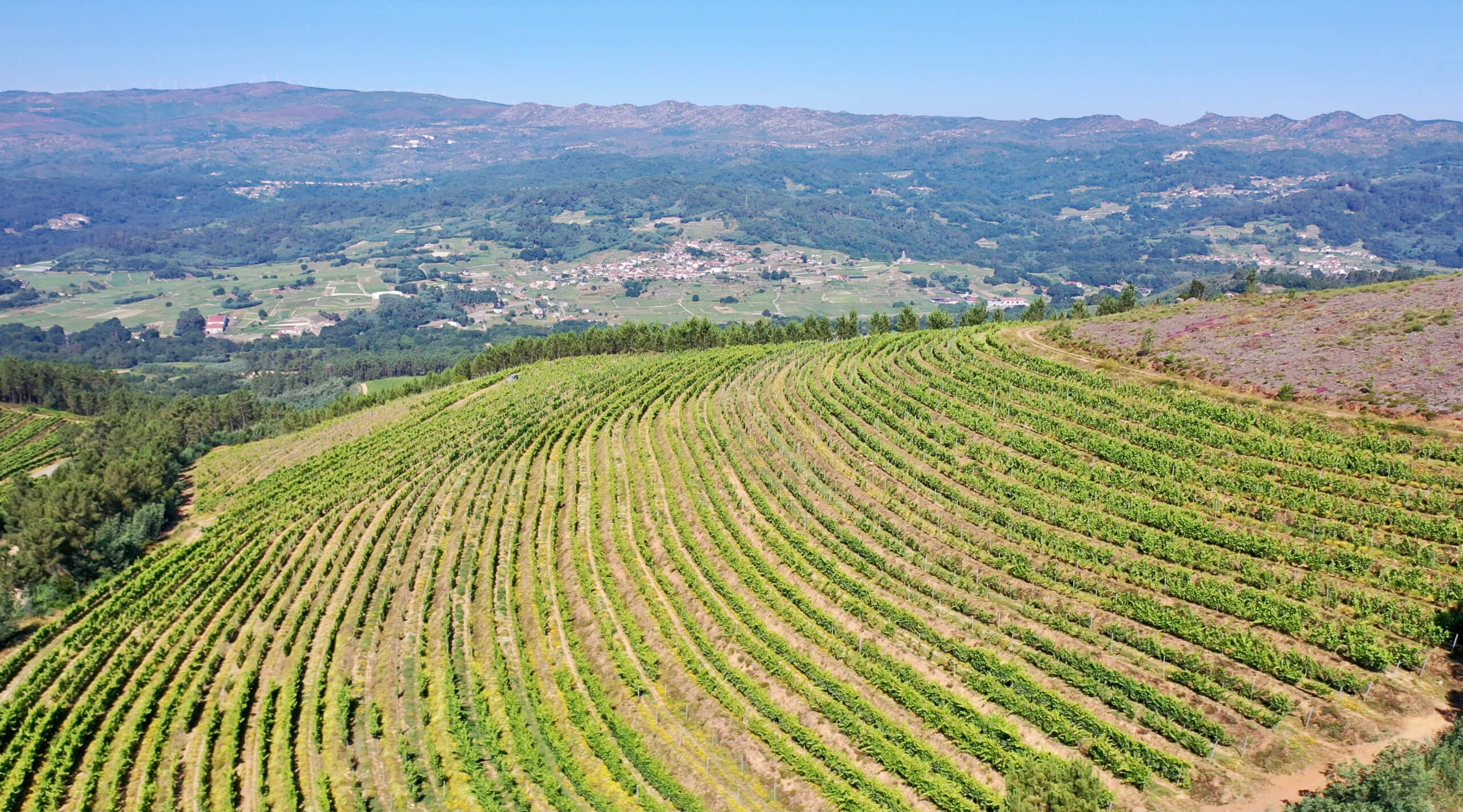 We first met Diego Collarte on an unnamed road outside of Ribadavia, in Spain’s Ribeiro wine country. As Cume do Avia’s ringleader and instigator, he’s the one who claims responsibility for the “completely irrational decision” his clan made fifteen years ago.

Diego and his brother, Álvaro, grew up in Vigo, northwestern Spain’s largest metropolitan and industrial area. The bustle of city life wasn’t in their blood, so in their early twenties they embarked on the courageous restoration of vineyards in an ancient Galician ruin where their ancestors once lived. “I was not interested in material things. I only wanted to be satisfied with what I do,” Diego explained.

Diego (left), Álvaro (center) and their cousins, Fito (right) and Anxo (perhaps hiding somewhere in the vineyards), started their new lifelong adventure together in 2005. As Diego says, “we put our youth into the project,” one that ultimately pushed them to the brink of financial ruin and tested their relationships with each other and many of their loved ones. Three of the four would eventually have to find supplemental work to keep things afloat while waiting for the tide to turn in their favor. Today, their fortune is on the upswing due to a series of wines with the 2017 vintage that began to turn heads, including ours.

In 1942, their grandparents abandoned their land, known as Eida de Mouros, so named after mythological elves who safeguarded local knowledge. Dense with trees and underbrush, the property sits on the top of a hill (a Cume) above the river Avia, and was reestablished in 2005. With no family wealth, they took out loans to buy heavy machinery (which none of them had ever used before) and began to carve out the land. By 2008 they planted their first vines, and in 2012 finally made their first vinification “tests,” as Diego calls them; it was the first time any of them had ever made wine.

They planted thirteen different indigenous Galician varietals selected from ancient vines in the Ribeiro, with plans to plant many more. “The past of these forgotten grapes has been erased, leaving no one to discuss the ideal practices for them. Much knowledge was discarded with the introduction of chemicals to the vineyards after the second World War and there is no manual or record. We are trying to reinvent and rebuild this lost history,” Diego explained.

Their makeshift winery is a five-minute drive down the hill from their vineyards, in their grandparent’s garage. There’s very little room to move in the cramped little space where they tediously vinify and bottle each grape varietal separately to see how their vineyard’s diverse soil types influence smell and taste. With over twenty different lots, most barely enough to fill a barrel, many are aged in restored chestnut with over a hundred years of age.

Diego candidly told me that their early wines were inconsistent and it wasn’t until 2015 that they began to find more enological stability and a clear direction in the cellar. The cloud of doubt and anxiety began to lift and they were finally on their way to a breakthrough after more than a decade. Then a virtual plague of mildew arrived (not uncommon in these parts) and wiped out nearly their entire 2016 vintage, leaving their morale in tatters and their finances in dire straits.

The most beguiling wines give the impression that you’ve never truly fell in love like you just did with the wine currently in your glass. The wines we first tasted out of barrel in their cellar with Diego seemed to carry the magnitude and desperation of their collective dream—I’ve never been so moved by the energy of a moment as I was the day I met him and heard his unfiltered, brutally honest view into their challenges. The grit and heart-filled determination of this tribe has led to a range of red wines in 2017 that are raw, honest and inspiring. With the 2018 vintage, their whites took a significant jump that nearly levels the playing field with the reds.

Brancellao, a grape that can render a wine as brightly hued as a glass of Campari is the most seducing and elegant in the range. Caiño Longo, a bright red in its youth that can quickly take on a darker hue with only a little age, charges with an unstoppable vigorous energy. Their other red grapes, like the ink-black Sousón and Ferrón are animal and earth, and veer toward power, grit and almost savagery when young. All the wines’ aromas are intensely perfumed and have a mouthfeel full of tremendous freshness and intensity. Cume do Avia’s range of red wines is a unique and exciting addition to the resurgence of the Iberian Peninsula’s many sleeping wine giants.

Aside from the sentimental reasons for seeking their ancestral heritage as the starting point for their dream, there were also technical ones that play to the exceptional quality of their wines: the proximity of the land to the Atlantic; the south and west-facing orientation to maximize the sun’s heat in an otherwise cold region; the richness of the diverse soils, and the constant whistle of fierce winds that bring in fresh air and help grapes to stay dry and pest free. It’s an ideal place within this lush green landscape for their organic and biodynamic practices, extremely difficult tasks in the Ribeiro, a region Diego lovingly refers to as a “paradise for fungus.” (See a 3D map of the vineyard here. The vineyards are only to the left of the main road.)

In a land mostly known for granite, the diversity of soils in their vineyards adds great breadth to their wines, filling the gaps where granite alone can fall short. From one meter to the next, their vineyard soils can quickly change from granite to schist to slate—three of the greatest soil types that exemplify the concept the French refer to as a vin de terroir. The soil grain is equally diverse and randomly shifts back and forth between sand and clay, bringing even more range of palate textures and weight. Some soils are dark orange, white or brown, depending on the mineral makeup. Within only nine hectares (twenty-two acres), it’s an extremely diverse plot of land.

The Ribeiro is better known for white wine, and while Cume do Avia has really stepped up their game in that department, it’s the reds that bring a greater thrill of discovery. The revelation when tasting them is in how they manage to be angular and vertical while remaining strong and somehow full on all sides of the palate. They all carry a decisive full frontal attack, weighted mid-palate and a long, textured mineral sharp finish. Many wines grown solely on granite tend to front-load in the palate, leaving the mid and back-palates behind in their potency; regions like France’s Northern Rhône Valley, Corsica and Muscadet often demonstrate this characteristic.

Schist and slate seemingly weight the scales in the opposite direction as granite and drill deep into the mid and back-palate, making the combination of these soil types within one wine extremely complex and on par with limestone terroirs that seem to carry a fuller mouthfeel in general by comparison to granite, slate and schist as single bedrock terroirs. The result is wines that manage to be both concentrated and lithe at the same time. They rest on the palate like a mouthful of small steel weights rather than with a dough-like density.

There are no fertilizers or soil amendments in the vineyards, which keeps the wines as true and pure as possible, and prevents them from being overly vigorous and unnecessarily weighted. They’re low alcohol, high acidity wines with energy like rays of sunlight through the clouds on a fresh, wet spring morning, rather than sweltering summer heat under a cloudless desert sky.

The wines of Cume do Avia share the qualities of the most compelling wines in the world, and they transport us to their birthplace and speak the dialect of their terroir. Diego and his tribe have done the wine world a great service with their strong contribution to resurrecting some of the more ancient wine cultures lost in the shuffle of the many wars of the twentieth century, gifting us with something beautiful amidst the overwhelming rush of modern progress.  -TV

To read more about the Ribeiro go to https://thesourceimports.com/producers/bodegas-el-paraguas/