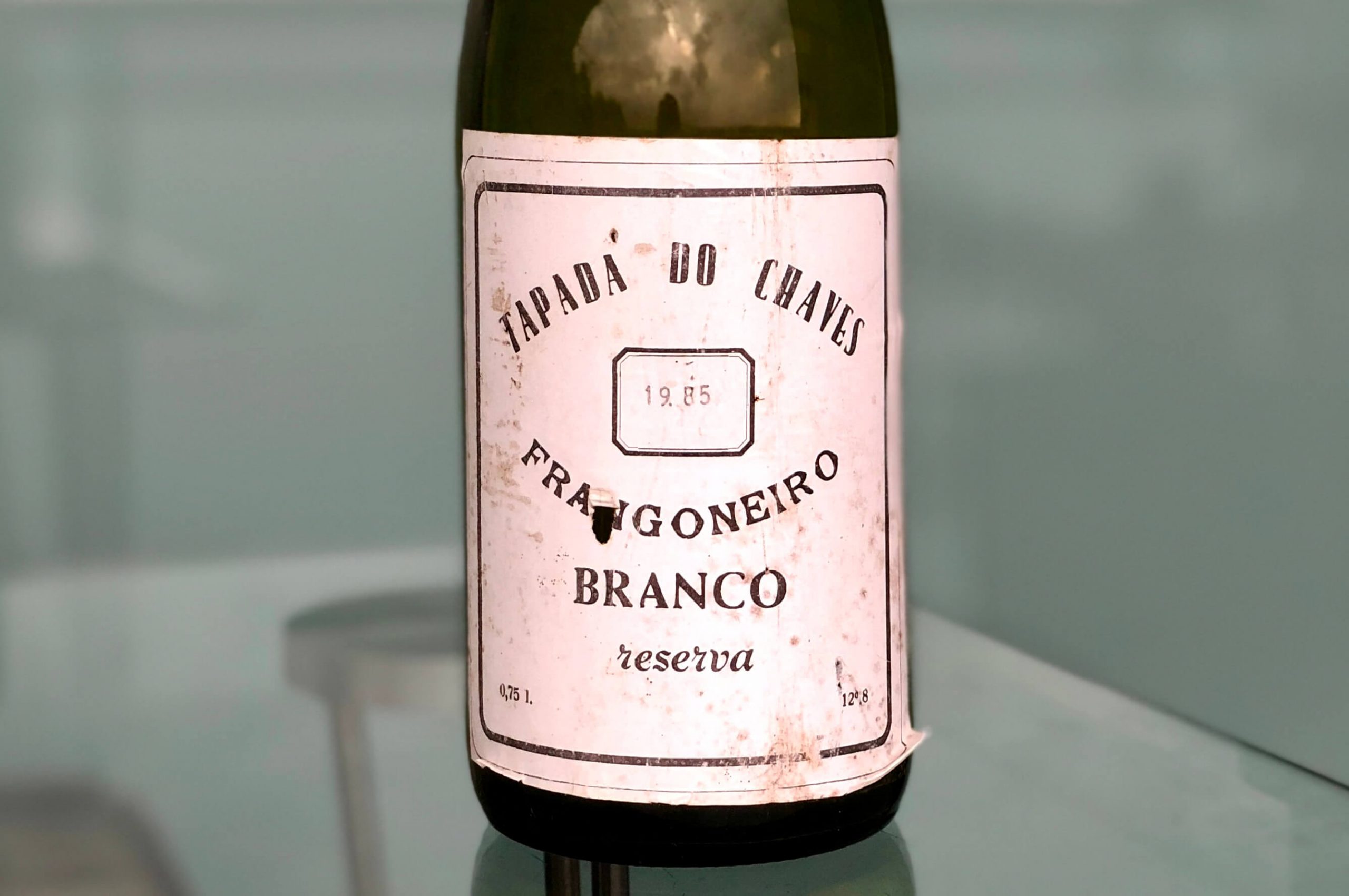 I’ve had my eye on Tapado do Chaves for a few years prior to signing with them. We were introduced to the wines by one of my great friends and winegrowers in Portugal, Constantino Ramos. When asked about what old wines in Portugal I should get to know his first suggestion was Tapada do Chaves. Constantino helped find some old wines from the 1980s and early 1990s that were being sold by a Portuguese retailer, and my first experience with them was shocking. Though more famous for their historic red wines, the whites were just as good. Everything aged well, even though the bottles looked like they’d been on top of some Portuguese guy’s countryside fireplace for a couple decades and had low fills and corks barely clinging to the insides of the bottles. I bought another mixed three cases of old wines and shared them with friends from Galicia. Soon, the source of the old bottles dried up but I was convinced that I should investigate, even though I was told the most recent wines were not the same. It was true that they weren’t, but a visit to the vineyards showed what was coming.

Tapada do Chaves’s legacy in Portugal’s Alentejo is legendary, though there were many speed bumps along the way, such as the Portuguese dictatorship (1933-1974) and the sale of the estate in the late 1990s to a sparkling wine company that faltered on quality of the Tapada do Chaves wines for decades. In 2017, with the purchase by Fundação Eugénio de Almeida, led by one of Portugal’s most celebrated oenologists, Pedro Baptista (known for the highly coveted Pera Manca wines), it began to regain its footing. Biodynamic farming was immediately incorporated on this unique granite massif on the side of Serra de São Mamade, which towers over the flatter lands more typical of the Alentejo. The whites grown in vineyards planted in 1903 and massale selections replanted some forty years ago are a blend of Arinto, Assario, Fernão Pires, Tamarez and Roupeiro (among others), and fermented and aged in stainless steel and old French oak barrels. The reds, from vines planted by Senhor Chaves in 1901 are a blend of Trincadeira, Grand Noir, Aragonez and Alicante Bouschet. All are aged in older French oak barrels, then bottled and released around seven years after the vintage date.

Today, Tapada do Chaves is selling their new releases of white wines from when they first took over, but the reds still have some years to go before the change of direction into biodynamic culture and a fresh new take from Pedro Baptista. During a meeting with Pedro, he told me of the history of the winery and about how, when he was a little boy, his father used to take him to Tapada do Chaves to collect their yearly allocation. Though he’s new to Tapada do Chaves, it’s not new to him. This famous estate weathered the dictatorship and continued to work independently while few in Alentejo (and all of Portugal) did.

Portuguese white wines may be the most underrated white wines in the world. Since moving to Portugal in 2019, I’ve had many examples of aged white and red wines for such a low price that have truly been astonishing, though the most interesting for me have been the whites. Tapada do Chaves is no exception. The old whites that didn’t fail due to bad corks were incredibly good—fresh, slightly honeyed, minty and medicinally herbal, salty, deeply textured like a very old Loire Valley Sancerre without the varietal nuances of Sauvignon Blanc.

My first interaction with the 2018 Tapada do Chaves Branco was extremely encouraging. In a blind tasting with some other trade professionals along with some other wine samples from Portugal, it stole the show. It stands as another strong example of the talent of Portuguese white wines made from a blend of many grapes. Despite the wide variety of fruit, the terroir elements are always there, along with the high quality of the replanted vines from massale selections taken from the unique biotypes grown inside of Tapada do Chaves’ walled and gently sloping vineyard on granite rock atop the massif. After the tasting, I put what was left in the refrigerator for more than a month, uncorked. I forgot about it after tasting it once the day after the first tasting. Then I started to taste it again over the coming weeks to check in, a little here and a little there; it was bulletproof. I remain shocked at the resilience of this wine and its inability to be fatigued. Based on this and my experiences with the old wines from this estate, I believe that it has the potential to age very well—not only to be sustained, but to improve tremendously over time as so many Portuguese white wines do.

The 2018 Tapada do Chaves Branco Vinhas Velhas comes from the ungrafted 120-year-old vines first planted by Senhor Chaves in 1901. This wine is profound but will greatly benefit from time in the cellar—a long time. It carries many similarities to the first white in the range, except that it’s denser and more concentrated. One could simply retaste this wine for a month and add, brick by brick, a new tasting note with each soft turn of its evolution. To drink it quickly would be to miss witnessing its splendor. There are few cases imported because there are few made from these historic, nationally-treasured vines. It is indeed a little expensive, but in twenty or thirty years you’ll be happy to have captured a few bottles to share with your kids or grandkids.