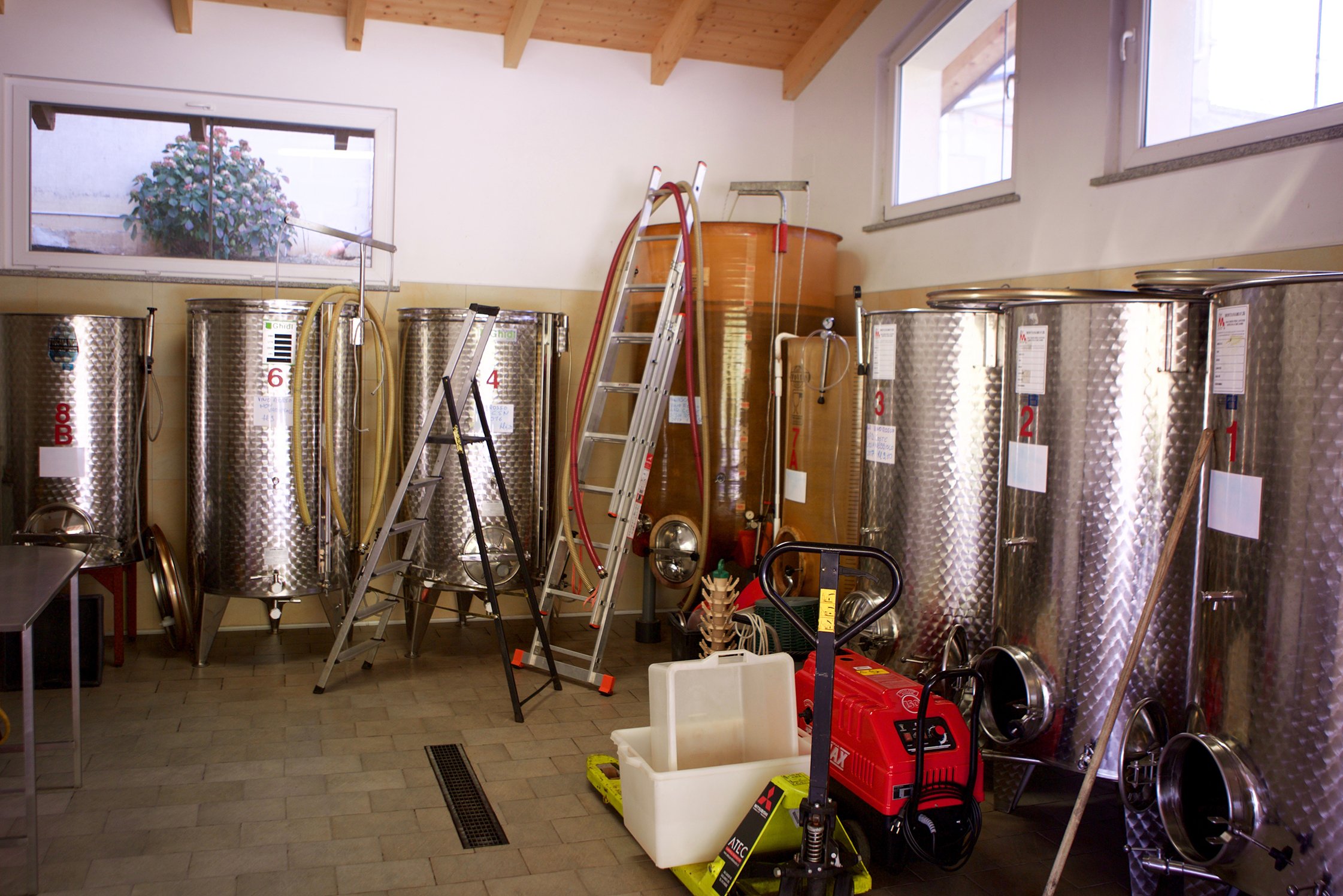 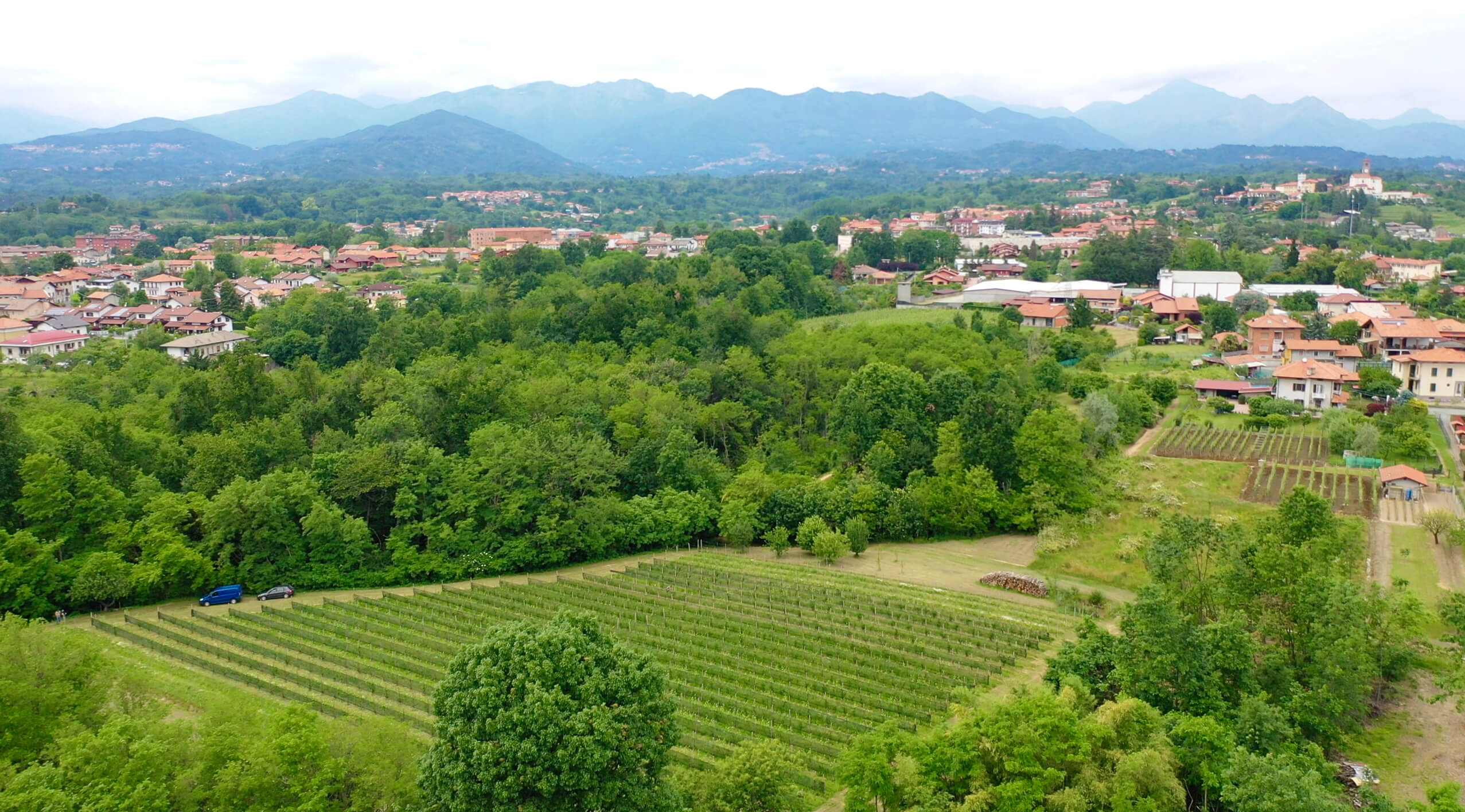 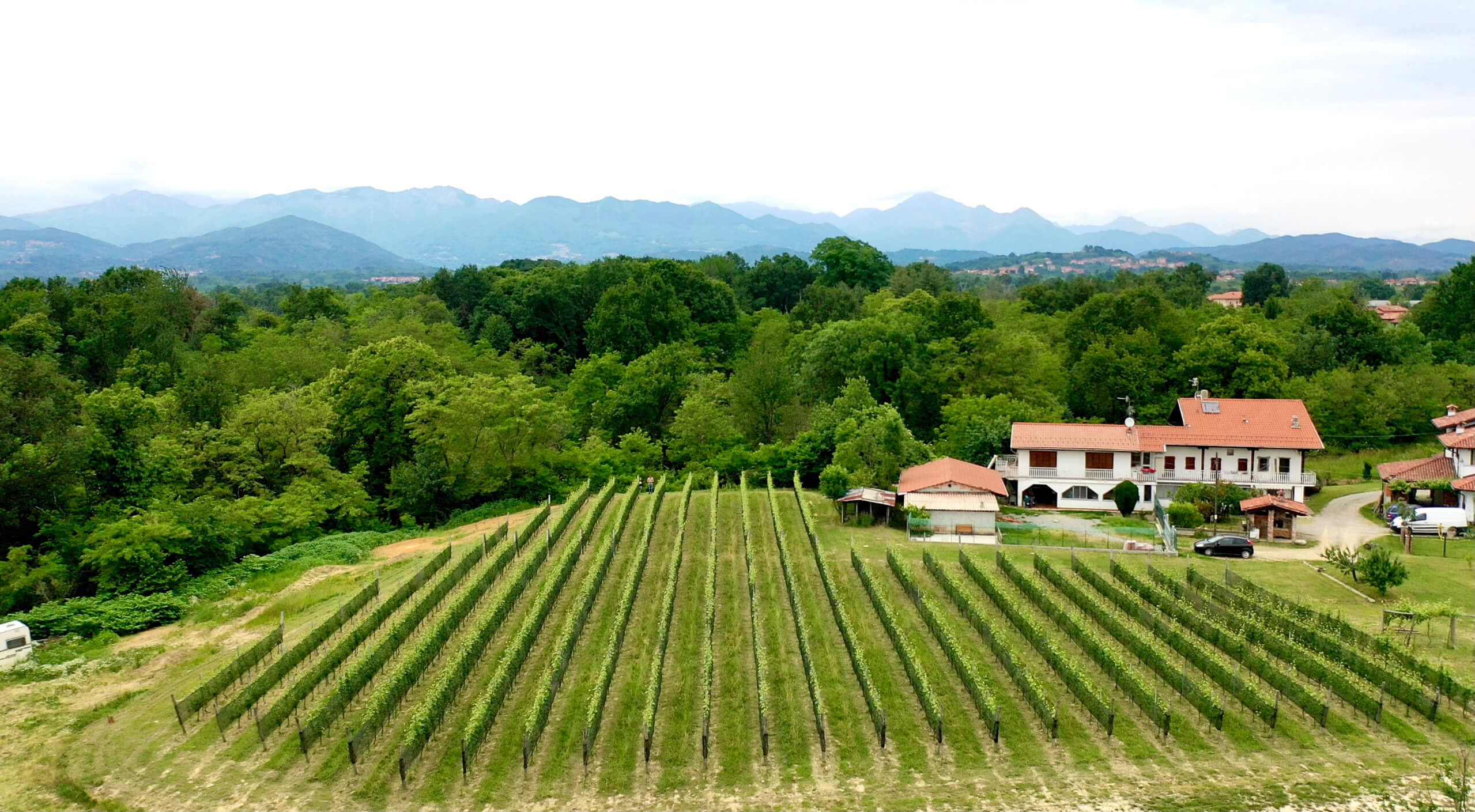 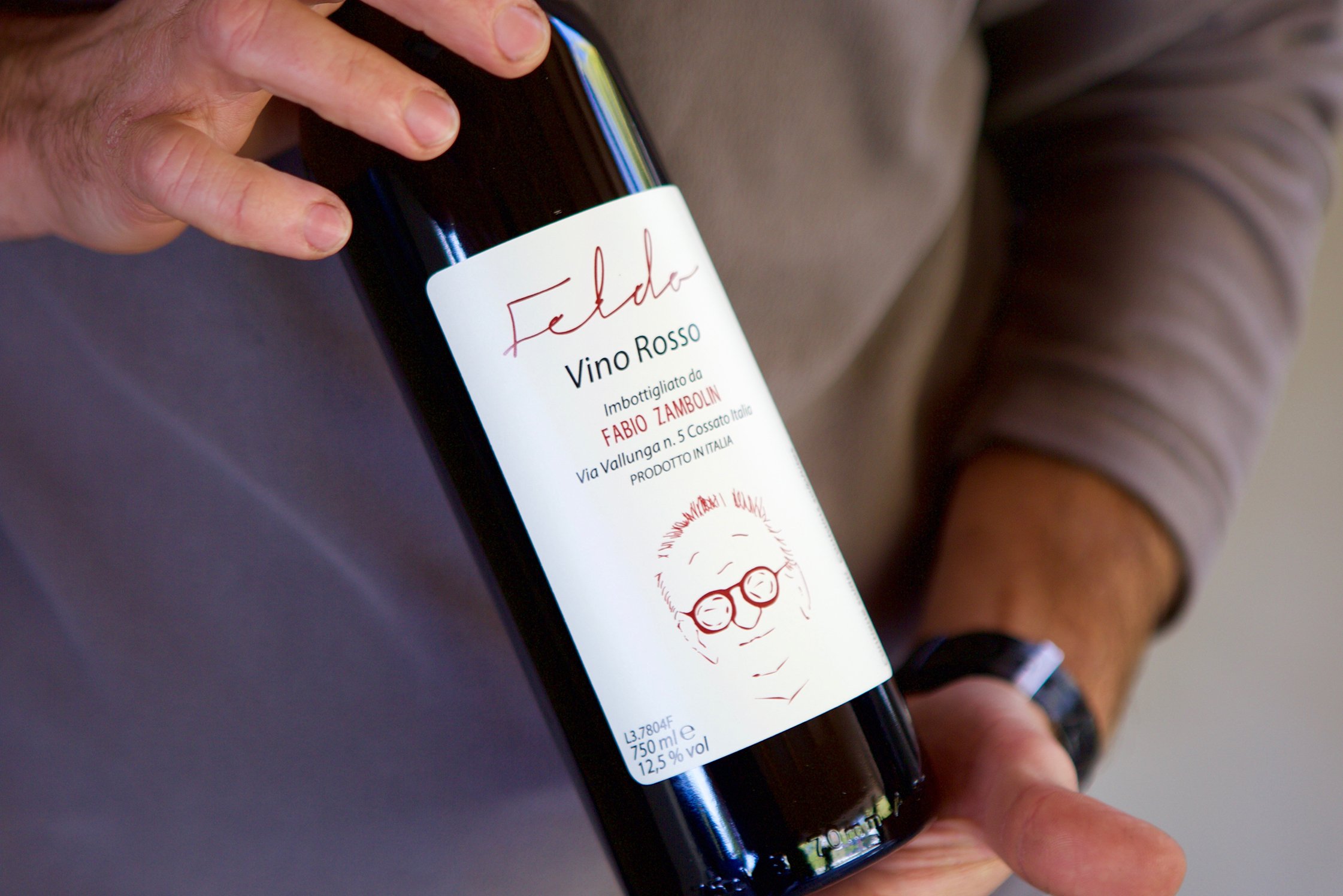 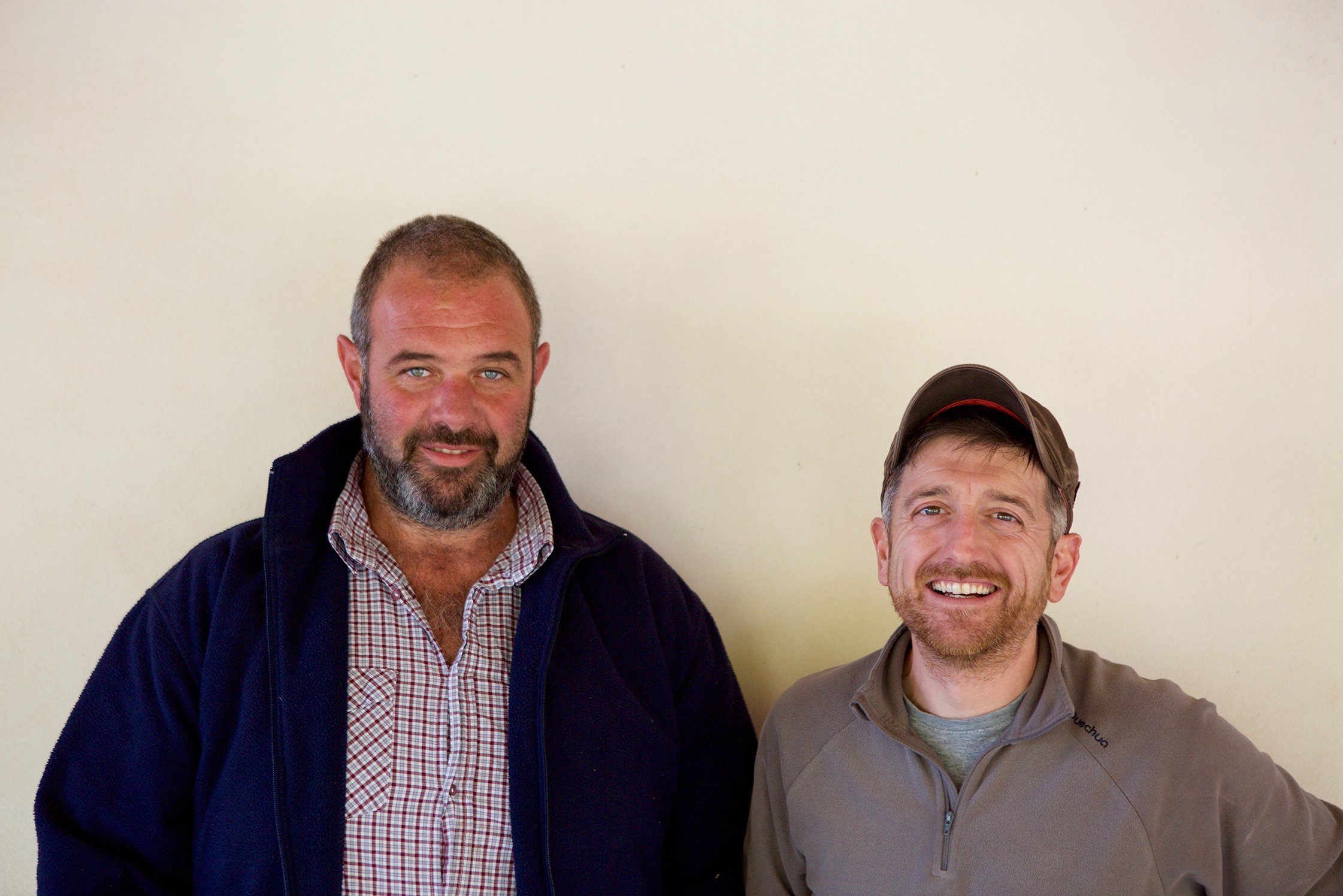 A true Alto Piemontese garagiste, Fabio Zambolin inherited his grandparent’s vineyards and converted their garage into a winery. He began his project in 2010 with a parcel that he works organically that sits within the DOC appellation, Lessona. However, the cantina is ten meters outside of the DOC zone (right next to the vineyards) and an archaic law makes it so that he must label his wines Costa della Sesia, a generic term for regional Northern Piedmont wines in this area. (This is a cue for the savvy buyer looking for the best value and quality to snap these up.)

It is never easy to be the small producer in the big wine world and this is one of the many reasons we like to import our mere thirty cases from this lovely man. Indeed, Fabio’s wines will never alone make him financially secure (nor us!) so he maintains his day job with a very good producer in Bramaterra, Le Pianelle.

As one could imagine, with such a small quantity of grapes to make his wines to the level of detail in his organically farmed vineyard and cellar are maintained to an extraordinary level. The shine of the equipment and the floor, the reverence with which he takes a sample from a stainless steel vat or barrel, and the pure taste and a smell of the wine makes one want to pay him triple what he charges. He also works with his long-time friend and immensely talented Italian enologist, Cristiano Garella—a friend I have known quite well since 2010.

Geologically, Alto Piemonte is even more volatile than the 100-year scourge between the mid-1800s to the mid-1900s (read more); only in geology intense volatility happens over millions and billions of years. The three small hills of Lessona (somewhere around one-hundred plantable hectares) sits on the southern foothills of the Alps, a mountain range that was and slowly continues to be created by the collision of the African with the Eurasian tectonic plates. In orogenous areas there is (or in this case, was) a lot of volcanic activity and this laid the foundation for most of the soils of this area.

The majority of the most important Alto Piemonte wine regions are grown on igneous bedrock. Bramaterra, Boca and Gattinara are grown on porphyry, a rock/soil dense in metals and deeply acidic, making for difficult flowering with the vines and naturally reducing yields. Ghemme has alluvial soils and consist of sands, clays and in some places soft granite bedrock. Lessona has the most unique soils in the region and there is no viticultural area in the world with this specific kind of soil. Lessona’s yellow and orange sandy soil was borne out from volcanic eruptions and worn down into sand by a sea that no longer exists.

Lessona’s sandy soils bring high aromas and a lifted palate, while its heavy iron content and low pH (levels well below 4.0, almost too toxic for vines) seem to gift the wines their salinity and cool metal, mineral palate textures. In the wines of northern Piedmont—at least those that have not been obliterated by too much unconscious and heavy-handed winemaking—a perfect balance of (dare I say it?) sourness and bitterness can be found throughout; these terms are regularly used by Italians to describe their wines, aperitivos, digestivos, and much of their food, but can evoke terror in the mind of a heavily French influenced food and beverage culture.

Northern Piedmont is quite different from the Langhe, home to its more famous brethren to the south, Barolo and Barbaresco. It has much more precipitation during the winter and its proximity to the Alps and the local iconic mountain, Monte Rosa, brings a constant flow of cool alpine air through the vineyards, all of which contributes to the complexity and elegance of the wines. There is also an endless supply of forested area surrounding most vineyard areas. The growing season is longer than the Langhe, with Nebbiolo usually starting bud break seven to ten days later than in Barolo or Barbaresco, but harvested usually two to three weeks later, depending on the vintage. -TV