A New Voice for an Old Legend – Part Three: The Rise of Stéphane Rousset and Les Picaudières 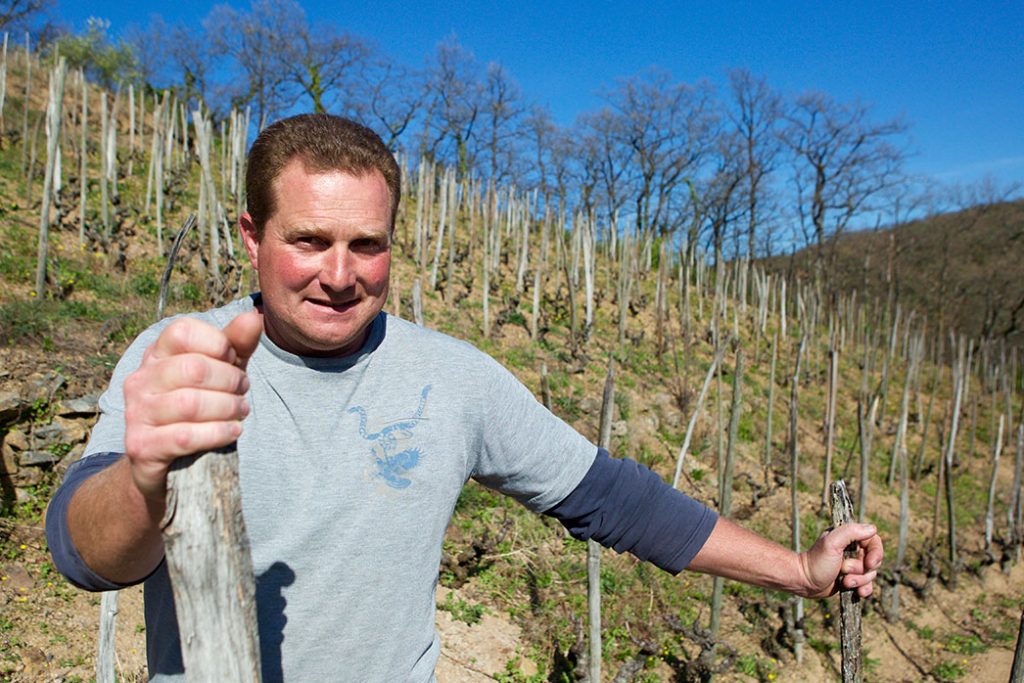 During the last Ice Age meltdown, the Rhône flowed torrentially through today’s Northern Rhône Valley.  It stripped chunks from the eastern edge of the Massif Central and left few remnants of its granite soils on the left bank, which are exposed in the northern part of Crozes-Hermitage as well as Hermitage’s western flank.

Directly south of Hermitage, an expansive alluvial plain extends east and north from the river, sandiest soils closest to the water.  These fine-grained soils usually result in wines of high aromatic charm and elegance without the guts for long aging.

Les Chassis is the most famous area of Crozes-Hermitage and home to its most internationally celebrated vigneron, Alain Graillot.  Its vines are planted on red clay, gravel, sand and rounded river and glacial stones with an all-day exposure to the sun.  It produces a powerful Syrah, which can often be mistaken for New World versions of the same grape.

East of Hermitage, nearing the A7 and up on the highest terraces, the soils are a broad mixture of red and white clay, with calcium-rich loess, similar to the central and eastern sides of Hermitage.  Loess is common in Crozes-Hermitage and Hermitage.  It’s an extremely fine-grained soil, which can increase a wine’s quaffability and aromatic lift in place of precision and power.

The granite bedrock of Crozes-Hermitage’s northern communes—principally Gervans, Erôme and Crozes-Hermitage—produce wines that weave together elegance and finely laced, but firm structure.  This is the land of Robert and Stéphane Rousset, Raymond Roure, and Les Picaudières.

Stéphane Rousset’s are the kind of terroir driven wines that get me fired up.  There’s no tomfoolery, just solid craftsmanship and a clear concession of the vigneron’s voice for that of his terroirs.  They have the grit of wines described in the Raymond Roure era, but delivered with a soft approach.

The Roussets are blessed with other great vineyards in Crozes-Hermitage, aside from Les Picaudières.  They also have a terrific set of side-by-side, east-facing granite parcels in the lieu-dit, Rivoires, across the river, in Saint-Joseph, which just happen to be right around the corner from the original hill from which Saint-Joseph takes its name.

During a vineyard tour in Crozes-Hermitage, Stéphane commented that local vignerons are still somewhat confused about the true origin and makeup of their soils.  By sight, it appears that the majority is granite bedrock. Closer to the river, however, the terraced sites can be topped with loess and mostly planted with the white grape, Marsanne.

Our friend and geologist, Brenna Quigley, who was along for the visit could only find vague and incomplete geological assessments of the area.  This is unusual for France, a country with an impressive amount of geologic research covering seemingly every square meter of the country.

Rousset’s village red Crozes-Hermitage comes from a mix of granite soils with the occasional bit of loess topsoil.  Variations in soil, elevation and microclimate on sites dispersed throughout the three communes make this a well-rounded and appealing assemblage.

Les Picaudières is somewhat of an outlier for the appellation and can be a little introverted when tasted next to Rousset’s introductory Crozes-Hermitage or his beautiful, classically-styled Saint-Joseph.  Les Picaudières comes from a parcel hidden back in the hills east of Gervans and Erôme.  A small hike on the dirt entry road gets you up to this ancient, steeply terraced hill of ancient granite and metamorphic stones, framed vertically by forest on all sides.

Remington Norman asserts that in Raymond Roure’s prime, he was the best, and it’s likely Roure’s top vineyard was Les Picaudières.  Livingstone-Learmonth quotes Robert Rousset, who goes so far as to say that Les Picaudiéres is the greatest site in Crozes-Hermitage.

Stéphane’s wines from this site present a compelling argument that bears out his father’s claim.  Under his hand, they have the ability—like any truly great wine—to lead your imagination to the taste and smell of the mystical and the ancient, a wine from the gods.

Stéphane Rousset is one to watch; for no other reason than he lets great terroirs direct his path to elegant, pure wines of substance.  He is a vigneron in the truest sense of the word, and from the first smell to the last sip, each bottle sings the melody of the land from which it was born.

I’ve never had the opportunity to drink any of the fabled wines from Raymond Roure’s golden age, which, Norman asserts, was pre-1970s.  Regrettably, I’m left with the shortcomings of my imagination for their taste. But it was suddenly easier to conjure an idea of their character the moment I discovered in Livingstone-Learmonth’s book, to my surprise, that Raymond Roure was Stéphane Rousset’s great uncle. 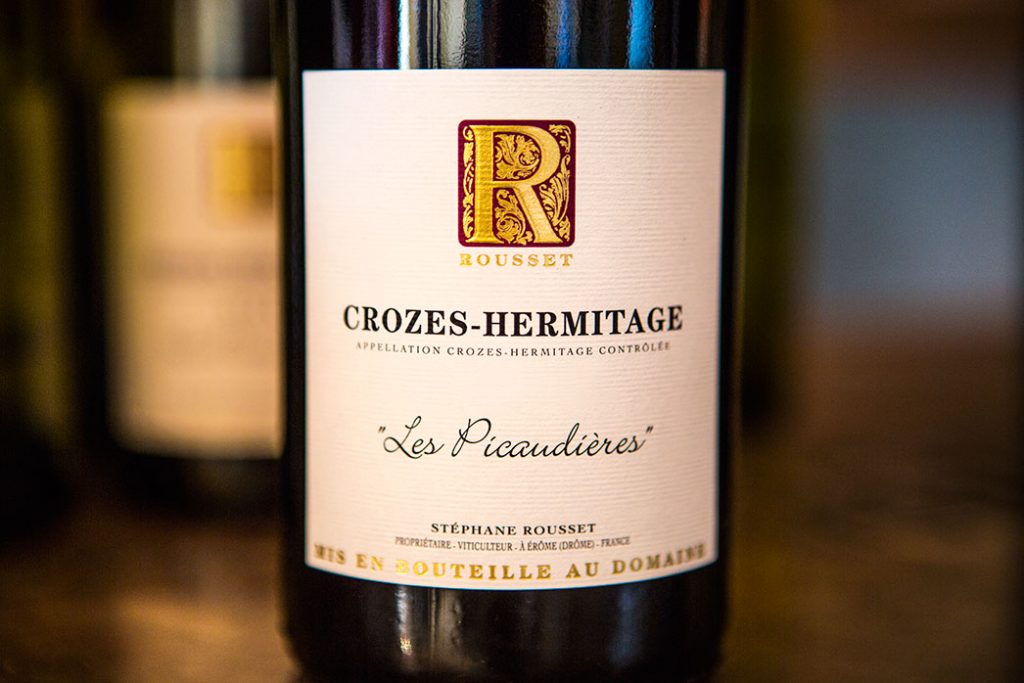