Young Makers and The Mouse, Part Two of An Outsider at The Source 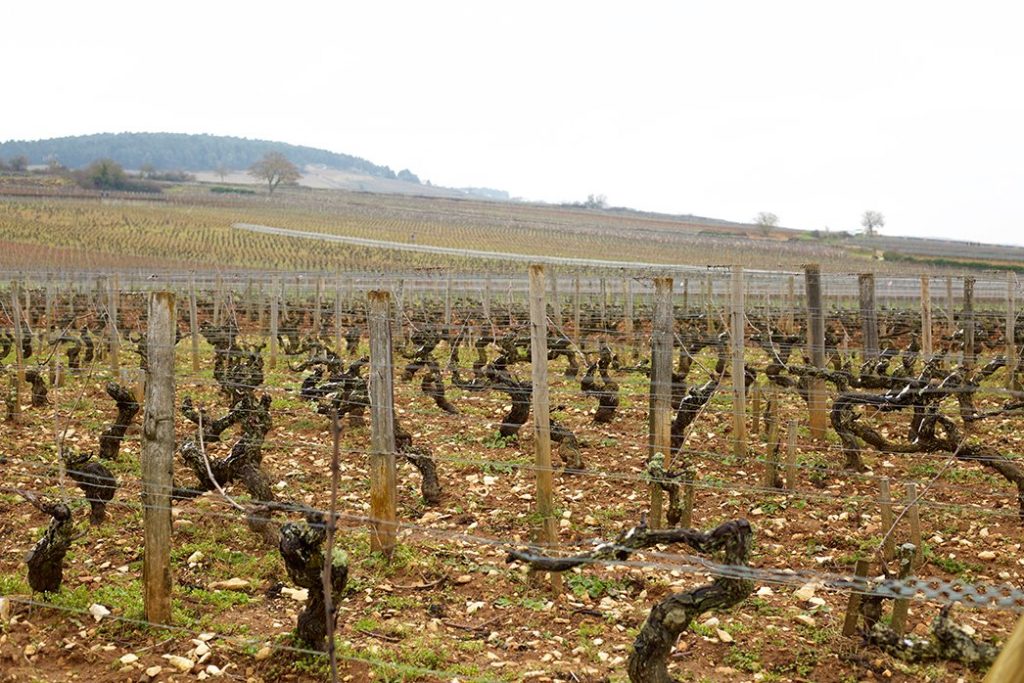 At the legendary domaine of the de Montille family, we were greeted inside the gate of an old stone villa from the 1700s by Alexander Götze, the vineyard manager and assistant to the winemaker. He led us up a narrow stairwell to a lofty space with updated sleek blonde floors and huge, roughly-hewn, exposed dark wood beams that jutted out at all angles from the wavy yellow plaster walls and connected to the wavy ceiling above.

Alexander, a bookish German in a baggy hoodie and horn-rimmed glasses, showed us around with sheepish smiles, a bit self-conscious about the state of the place; the dining table, sideboard and small coffee table in the center of a cluster of Louis Quatorze-style chairs were all covered with wine bottles, many still partially or even mostly full. Throw together three young guys with a high level of viticultural expertise in French wine country, and you end up with living quarters that feel like the most sophisticated university campus apartment of all time.

After a hasty grabbing of bottles to drink (most labeled only with scribbles in grease pencil), a big loaf of bread and a selection of local cheeses on a well-used walnut cutting board, we headed out back where we were joined by Jon and Tommy, who had more local cheeses and meats and a couple of glorious baguettes.

The rolling green grounds behind the domaine, with their stately oaks and ash that lined a winding gravel path, and the clusters of outbuildings added to the illusion of being at an east coast liberal college. The cool damp air smelled of fungus and green herbs and grass. The six of us settled around a small teak patio table and dug into the food.

Jon had a constant smile in his eyes and the mellow energy of a yoga teacher. Tommy was scruffy and self-effacing as he told us about his many odd jobs in the states and how he moved around a lot before somehow finding himself in France. He was from New Hampshire and we talked about backpacking in the White Mountains, which I did a lot of when I lived in New York City, and skiing, which he hasn’t done since living in Burgundy. “The Alps are just too far,” he said, and I cringed on his behalf.

Ted immediately got down to wine talk with the guys as we made our way through the cryptically labeled bottles from an unnamed producer. The conversation quickly turned to “the mouse,” as it showed up in the second cuvée. (It wasn’t a de Montille wine.) Mousiness is a subtle scent (for those sensitive to it, like Ted, it’s extremely strong) that appears at the back of the palate and has been described as the smell of their dander, or even some decay. For a novice like myself, I only occasionally got it, like I was searching the corners of my garage, trying to find the nest, getting close, and losing it. Then I finally found its full effect and I couldn’t not smell it or feel its uncomfortable gassy texture in the back of my throat, and I immediately wished I hadn’t tried so hard.

For those who don’t know, the primary cause of mousiness comes from pediococcus, a species of lactic acid bacteria. It took many years to come to these conclusions as quite a few other culprits were considered and then dismissed. The odd thing is that (what with the experience of wine being so subjective) while some people are averse to the smallest trace of the mouse and consider it a glaring flaw, others (mostly in the natural wine community) accept it as a byproduct of natural, or low to no sulfite winemaking.

On the de Montille grounds, the consensus veered toward the former stance, with Ted in particular finding it intolerable. They talked about the ways it can be prevented during production with the most effective technique of all being the addition of sulfur dioxide. In fact, it seems that the mouse is usually found in non-sulfured wines. But there is a very subtle art to the use of sulfur; using too much before fermentation will kill most of the good yeast (which will need to be replaced with cultured yeast strains), and not enough before bottling the wine does little to prevent the development of mousiness and other potential undesirables.

The wine we tasted could still be saved by the addition of sulfur, since it was still unbottled. Ted said the guys should all try to talk to Jean-Louis Dutraive, a vigneron in Beaujolais who Ted thinks has mastered the art of adding just the right amount of sulfur to his many different cuvées, and at just the right time. I had heard a lot about the big-hearted Dutraive, and was excited to meet him in a few days.

Afterward, we gathered on the cracked gray road in front of the de Montille estate to make a plan for our next stop. Across the way, there were twin buildings joined at the hip that caught my attention. One was clean and well maintained, with new wood trim, metalwork and smooth facades. The other was covered with dead ivy and patches of mildew-stained stucco worn down to sores that exposed the tight stacks of thin limestone underneath.

Every other house seemed to be in this ancient and extreme disrepair. Windows that weren’t boarded up with rotting gray wood showed dirty, shredded curtains through dusty windows. Roofs everywhere bowed so much it was comical, the stuff of architectural caricature in books filled with witches, the remnants of their terracotta tiles long since disintegrated to rubble and still somehow vaguely in place.

As in Puligny-Montrachet and other communes, many of the ancient buildings in Volnay are deserted most of the time, with the exception of when they make great cheap housing for the workers who come to town for harvest season, a common practice in all the half-empty towns on the famous Côte d’Or. When I heard this, it brought to mind the bohemian squalor of a Henry Miller novel: drafty windows, crumbling walls, leaky ceilings, but a roof overhead nonetheless. I immediately wanted to move in.