A Snapshot of Corsica Geology 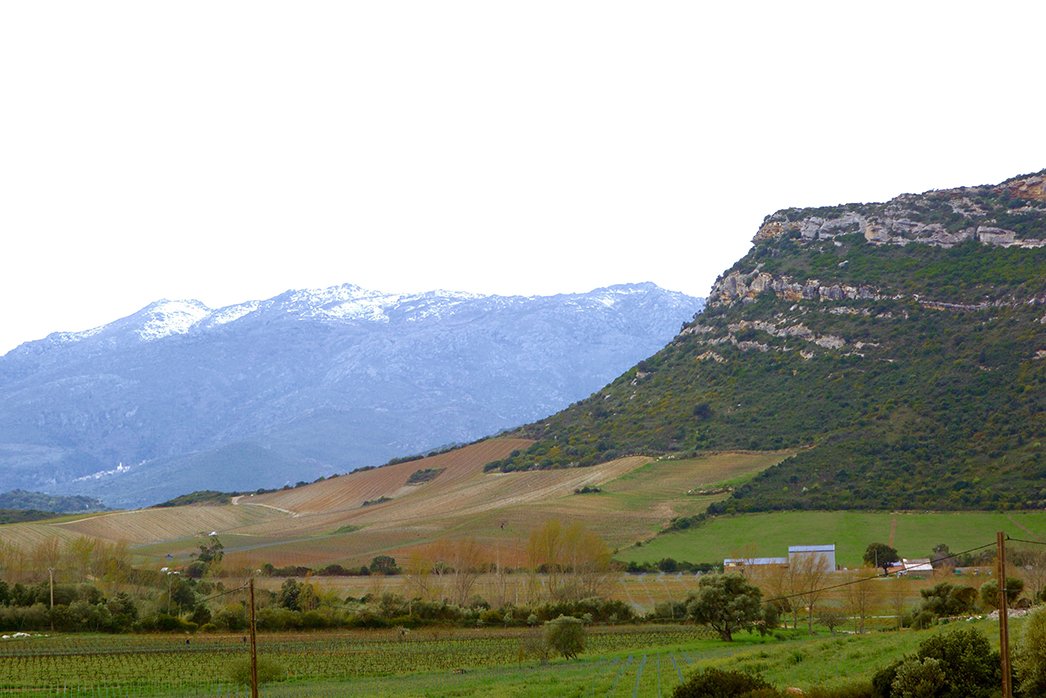 I first visited Corsica a number of years ago and was struck by the sheer complexity of this island’s geographical profile. Affectionately referred to as the l’Île de Beauté  by the French, and famously “a mountain in the sea” by the German geographer, Friedrich Ratzel, Corsica is one of France’s (and formerly Italy’s) most spectacular departments, and the fourth largest island in the Mediterranean Sea. With more than fifty peaks that sit above two-thousand meters and the splendor of a massive nature preserve locked in by an endless amount of gorgeous beaches, it lives up to its namesakes.

Wherever there are mountains there’s usually a large diversity of micro-climates and geological settings. Corsica’s mountains can block weather front from one side of the island to the next, and where there may be snow on the mountains, an early spring day at water’s edge can seem like summer has come early.

Geologically, Corsica is diverse but dominated by granite, which makes up around two-thirds of the landscape. The granite lands here are geologically referred to as Crystalline Corsica (named after the quartz crystals that are always a part of the makeup of the igneous rock, granite), while the other third located in the northeast of the island is known as Alpine Corsica.

To dig a little deeper into the foundation (the soil) of the wines, Corsica is divided into two main geological units (yes, getting a little technical here, thanks to the years of tutoring from and traveling with my talented geologist friend, Brenna Quigley): Crystalline Corsica and Alpine Corsica. The former is named after the quartz crystals in the granite soil that makes up about two-thirds of the island—basically its heart and the entire southern end and most of the western seaboard. Often where you find granite you find metamorphic soils nearby (as demonstrated within the Galician Massif, Massif Armorican, Massif Central and the two main mountain regions of Western Europe, the Alps and Pyrenees) because of collateral heat and/or pressure that has augmented (metamorphosed) the rocks. This is also the case with the smaller geological unit of the two on the island referred to as Alpine Corsica.

Located on the far North and Eastern part of the island, Alpine Corsica is composed of deformed rocks that were created by the collision of sedimentary rocks formed between 60-250 million years ago with Crystalline Corsica during the alpine orogeny (mountain building period), which began about 60 million years ago and is still active today. The result is a great volume of different metamorphic rock formations (like schist, gneiss, gabbro and more—basically the geological rock star roster of France’s Muscadet wine region) as well as bits of volcanic basalt and other igneous rocks. 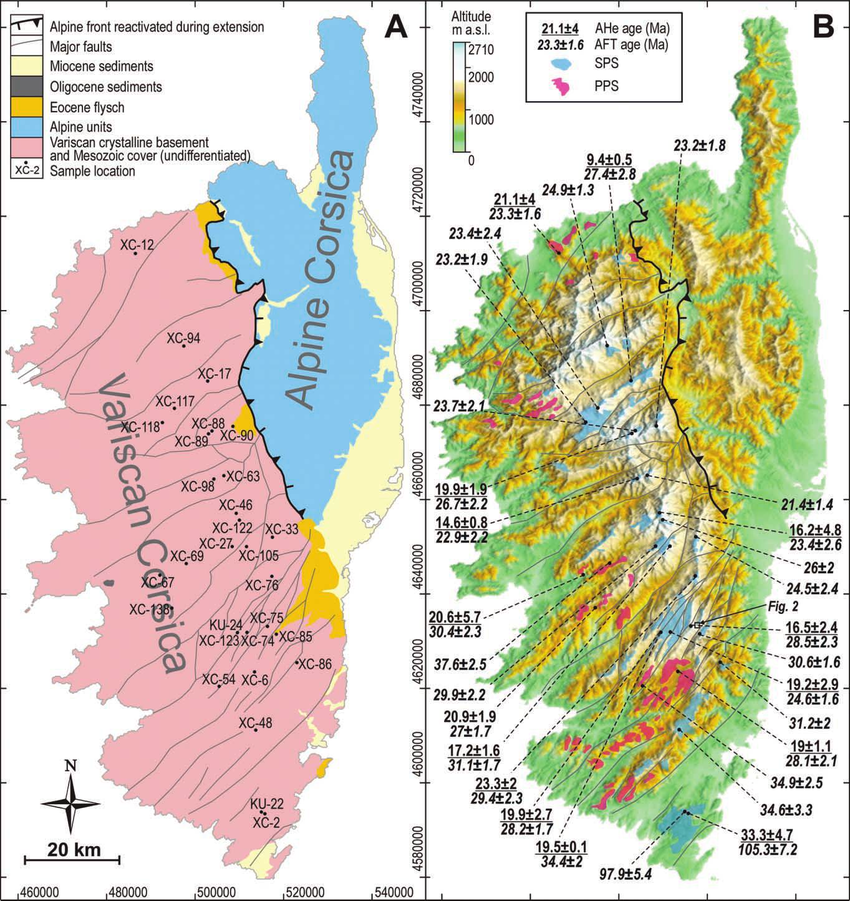 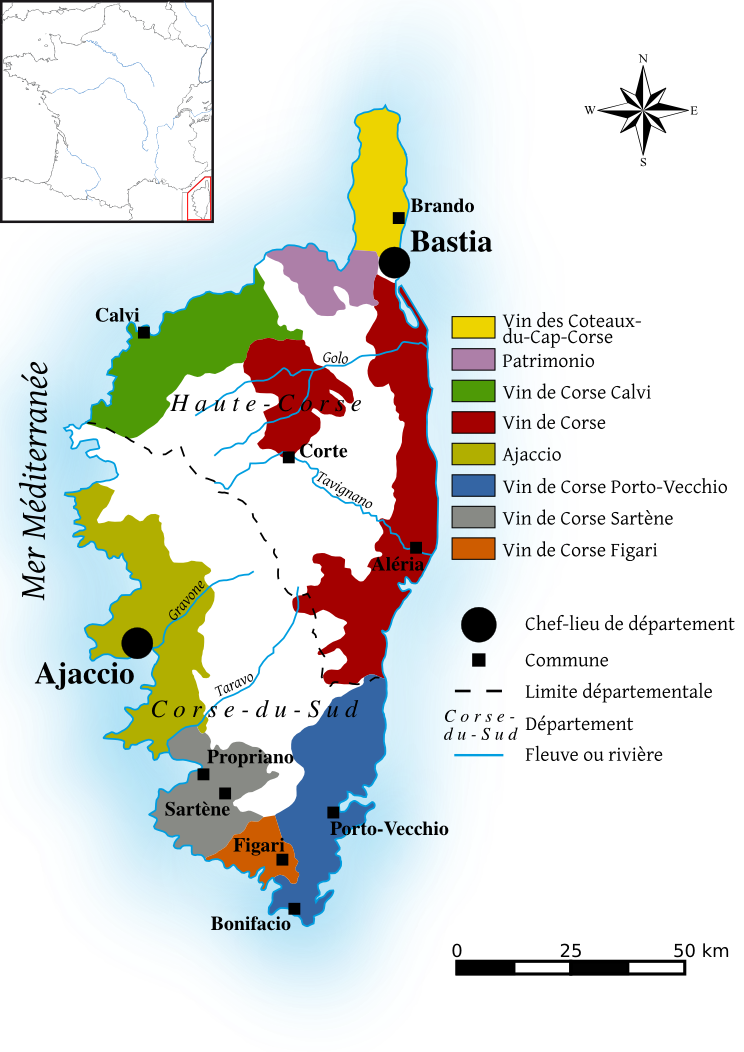 Crystalline Corsica is a pre-Alpine granite basement, a geological remnant of the Earth’s last supercontinent (where all of today’s continents were one connected mass), Pangea. This is an ancient granite land that was formed hundreds of millions of years and can take on many types of soil grain based on things like the size of its mineral makeup, like how big its quartz crystals are. Granite can decompose into everything between gravels, sands and clay; all very different soil types that contribute distinguishable qualities to the structure of a wine; stating that the soil is granite gives some important information but its influence on the wine is not as well understood without a description of the grain of the soil. The ability to retain water and the mineral accessibility within a soil are impacted by the grain size, and this combination contributes to the shape of a wine—whether it be some of the wine descriptors we use, like “vertical” and “horizontal,” or references to the body of the wine, from “elegant” to “rich,” for example. 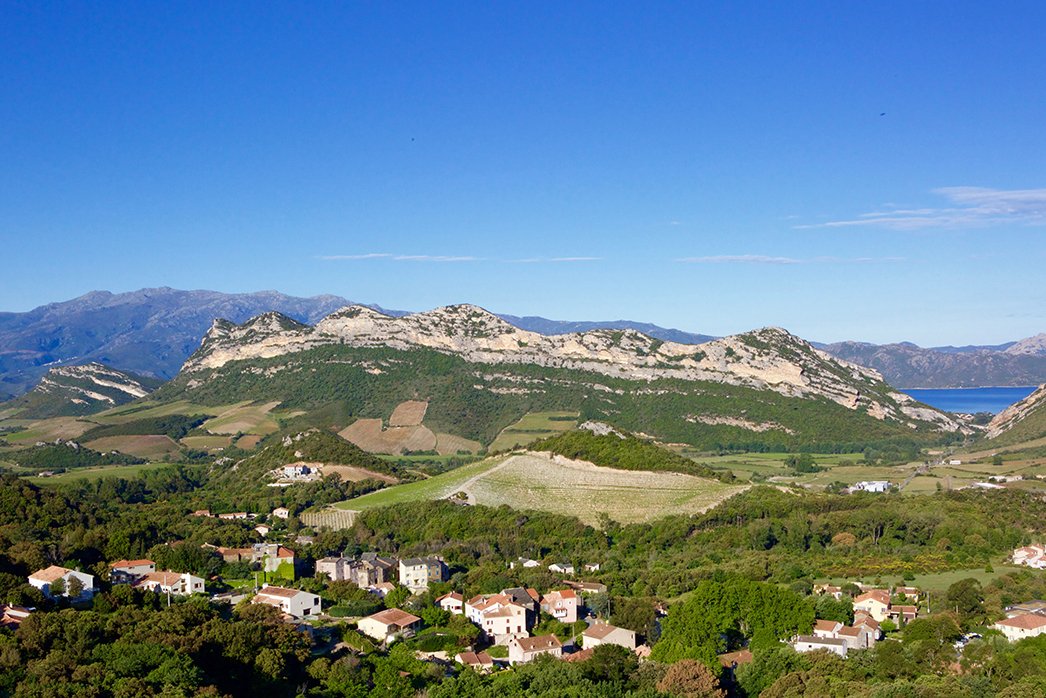 Patrimonio (pictured above) may be the most geologically complex wine region on Corsica. The vineyards are a mix of limestone, schist and granite—three of the greatest bedrocks and soil types for wine growing—with a range of soil grains from clay, silt, sand, gravel, stones, boulders, etc. Vines are planted on soft sloping hills and extremely steep hillsides as well as down in former riverbeds. This massive variation makes for a broad patchwork of smells and tastes that usually combine under the name Patrimonio, the first AOC established on the island back in 1968.

Across the board, the diverse geological features throughout the island contribute to wines of high energy and expressive personality. Putting elegance, acidity, precision and perfume above all else, as well as conscious farming practices (often organic and biodynamic), the range of wines from our Corsican producers all exemplify the spirit of Corsica in the bottle.

(The geological map was borrowed from Researchgate.net and the vineyard map from Wikipedia. The other photos were taken by me.)