Les Lys and the Last Night at La Fabrique, Part Eighteen of An Outsider at The Source 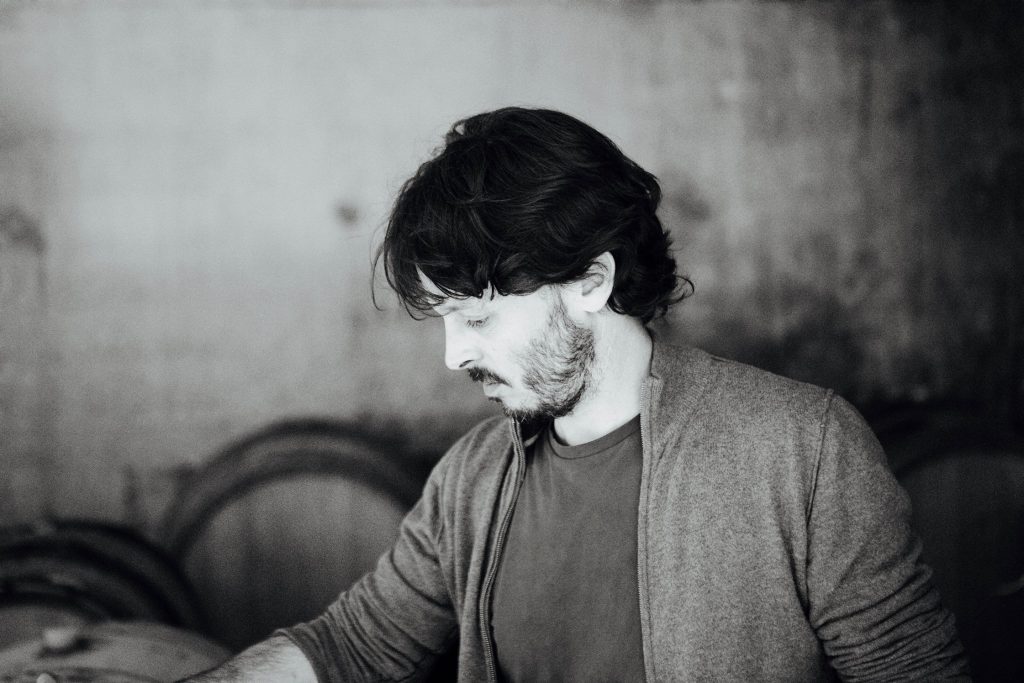 We headed back over the hills toward Provence, passing through Montpelier and Nîmes again. Our goal was to visit a small producer who does a great ten dollar organically farmed wine that Ted said, “tastes alive,” which he had just a couple days earlier mentioned was nearly impossible for such a cheap bottle. So he wanted to see the operation in person to verify that it wasn’t too good to be true.

The Les Lys winery wasn’t easy to find, what with the navigation system again redirecting us through many strange and pointless turns before we finally found the road we needed. There was some sort of festival underway in the tiny town we were passing through, so we were forced to drive through the milling pedestrians at a crawl. When we finally made our way out of herds and arrived at the winery a few miles on, we found a simple and beautiful pair of low, sleek modern buildings with a big deck between them, overlooking a huge expanse of green farmland that stretched to the horizon.

Thomas Faure greeted us inside a small tasting room and retail space. He’s in his early thirties and wiry, with a great mop of hair over a boyish, scruffily-bearded face. As he poured his selections, he enthusiastically described each one and how he personally experiences them: the fruit, the scents and what he likes to eat with the different varietals. He spoke softly and never used more words than were necessary.

He and Ted conversed in French and Ted continued to express pleasant surprise with more than half of the new vintage wines. Then Thomas excused himself to take a call and left Ted with an export price list. Ted was astonished at the value of the wines and was excited at the prospect of passing such a good deal on to his clientele, some of whom really appreciate an inexpensive but high quality table wine.

We went for a quick tour of his barrels and tanks in a small facility downstairs, tasted a couple of aging samples, and the Syrah in particular was showing up strong. I swished, spit and missed the grate, and admired Ted’s ability to project what looked like a solid mass of froth—a pellet even—in a perfect arch that hit whatever he was aiming at dead center. I saw this phenomenon with many of his growers and peers and realized it was just another skill that can be picked up after thousands of practice shots, along with his poet’s ability to describe wine. 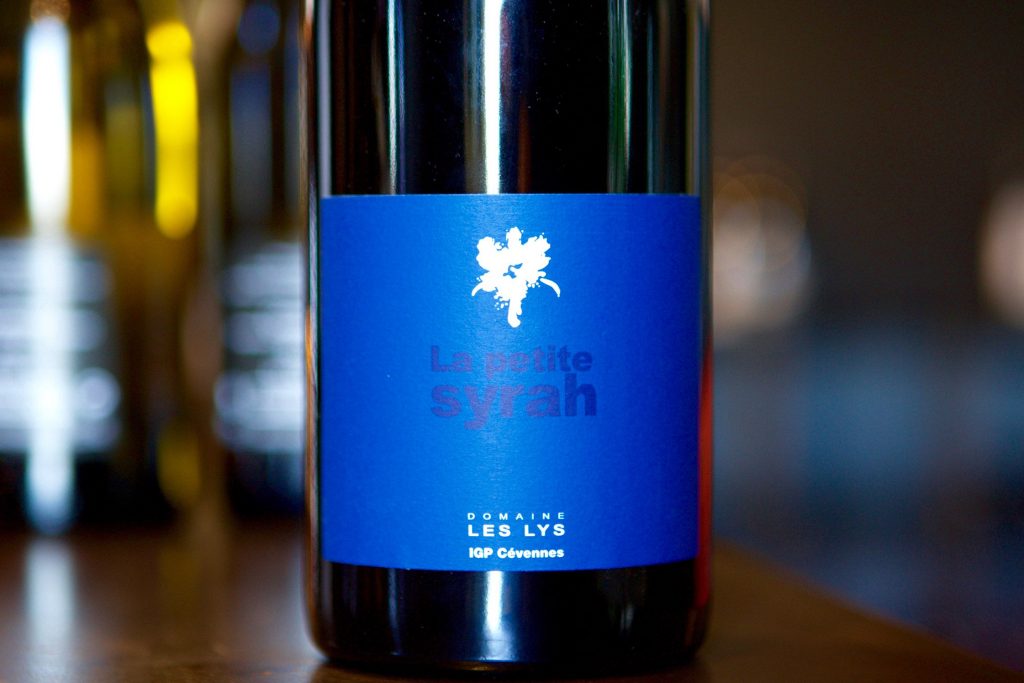 Thomas assured me that my miss wasn’t a problem, that he hoses the place down regularly. But he also said he wasn’t worried about being as clean as a hospital. After all, he said, vignerons in places like Burgundy and Châteauneuf-du-Pape don’t disturb the dirt and mold on the walls and ceilings of their cellars, where they often grow to many inches thick, and the stuff becomes a part of the wines’ terroir.

Since Thomas had come to work that day on his scooter, Ted drove us all out to his vineyards, a couple miles away. Thomas pointed out a couple other wineries as we passed them, saying this one was good, while that one… he paused to blow air into bulging cheeks and out of his mouth like a leaky tire, and said nothing more.

We got out to the bulk of his parcels and Ted immediately picked up some soil and look at it through his loop. The land under Thomas’ vines was thick with grasses—clearly herbicide free. He would till it all soon enough to provide natural fertilizer, but otherwise he lets nature take its course. 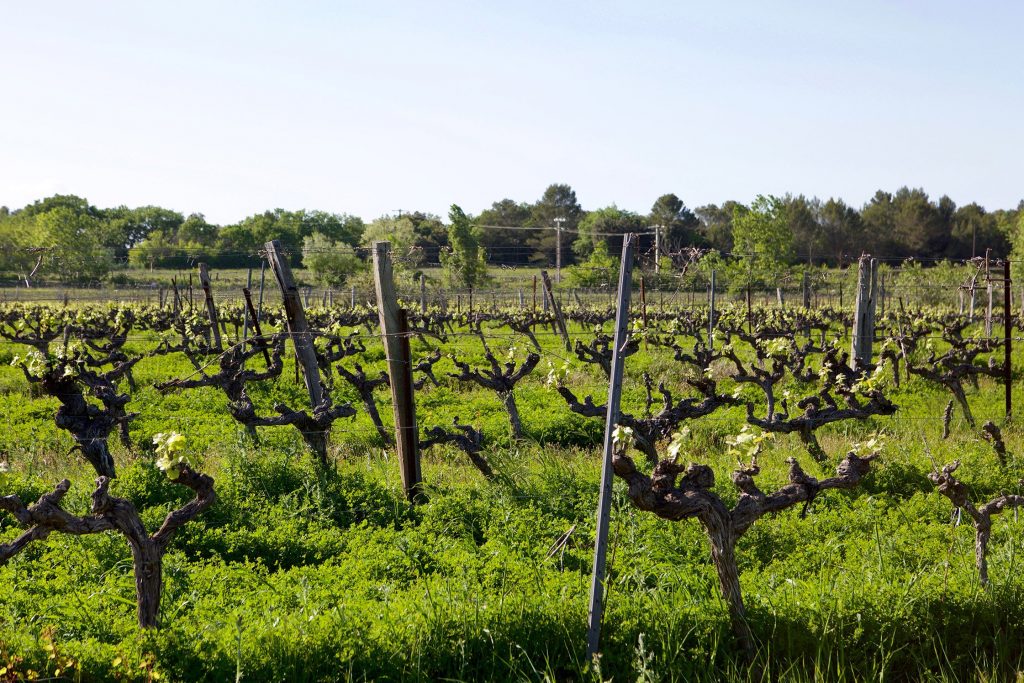 Ted snapped photos of green fields that ended in thick stands of bushy trees in the distance. Though Thomas was clearly photogenic, he kept shying away from Ted’s camera lens. Ted finally said, “Wait! Look at me!,” in French. Finally, Thomas paused and smiled. Ted clicked away, then said, “There! That’s the money shot!”

There was another stacked-stone hut between long stone walls nearby, a Berger like the ones on Zernott’s land, but bigger and resembling an Aztec pyramid. It was three hundred years old and built as a shelter for the local shepherds to live in, way back when. It was still in amazing shape and since we were right off a road that led to a nearby town, it seemed certain to me that local kids used it to drink beer and smoke pot, what I would have done there when I was a teenager. I said as much to Thomas and he quickly agreed; he had to clean empty beer cans out of it on a regular basis.

We returned to the winery and said our goodbyes. It had been a quick and pleasant visit and we headed back south, into the Mistral, where the trees beside the road were dancing maniacally. I couldn’t get over how every structure seemed to be built of the same limestone that filled the ground, and that most of the vines we had seen so far grew from the very same building materials and took on their properties. The rocks Ted loves so much truly surround us and we drink them in.

Our last night at La Fabrique was another blur of smoke, animated French chatter, Nicole dangling a cigarette between split fingers as she tossed a salad, and Thierry bringing out his cheese plate that had magically been completely replenished, his son Romain eating huge chunks of it after a big meal as he refilled his whiskey and coke… Veronique’s hoarse laughter echoed under the patio roof. Ynez wrote letters on Leiah’s back for her to guess as Mattisse ran around and giggled. And all these images and sounds took up permanent residence in my head.

The dogs Jango and Jazz, as always, were still baying at everything that moved beyond the periphery of the light. Sonya and Pierre had had them for three years and every time they barked, Sonya never stopped shouting at them (to no avail) and then shook her head in frustration, each time with a kind of beaten resolve that she has repeated countless times and would repeat countless more.

A little boy who lived in one of the rentals approached the table and circled on his bike. The dogs lunged and barked, lunged and barked again, but he stood his ground and they eventually backed off. Another boy wasn’t so lucky. He got scared and ran and Jango chased him, caught up and nipped him on his butt. He screamed and ran home crying. His father returned and didn’t seem mad, just asked what could be done to prevent it happening in the future. The consensus among the group was: “don’t run.” Like with wild animals, the child’s fleeing seemed to trigger a predatory response. I thought of all the helicopter parents in the States who would’ve certainly been irate, threatening and possibly pursuing litigation—a laughable prospect in France.

I asked Pierre about a huge wooden armoire that loomed in the dining room where I broke fast every morning. It had intricate carvings on the front depicting distant figures and farmland around a house, as well as close-ups of peoples’ faces, and he said it was carved by an artisan for his family decades ago and depicted his mother and father, him and his siblings, with his childhood home in the background. I said I thought it a beautiful and unique piece and expressed doubt that things like that were done much anymore, to which he immediately agreed.

Earlier in the day, I had said something about the same armoire to Sonya and she grumbled that it was an ugly monstrosity that took up half the room. She wanted it gone, but it was an heirloom, so her hands were tied. At dinner, Pierre conceded that it had fit better in a house they lived in before and now he didn’t really know what to do with it. He had had better success with the two huge stained-glass windows that he had pulled from his father’s old house which he had installed as room dividers in the new guest house where Ted and Andrea were staying. I said I had noticed them and thought they were beautiful and made for impressive, colorful glass walls. He looked pleased.

Now it was anybody’s guess where most of the stuff in the huge house would go, because they were planning to sell La Fabrique and move to a much smaller place. The days when Ted could have his samples shipped there to wait for his next visit, the weeks where he (and friends like I) could come and stay and use that private resort as a haven, were numbered. Pierre had hoped that his son Fabien would take over when this time came. But Fabien had long ago moved to Ojai, got married and had children. His life was in California, and likely would be for the duration.

So sometime in the coming months (or years, who knows how long it could take), Sonya and Pierre would be handing this paradise over to someone else, and more than a few people were sad about it. We were departing the next day, and while Ted and Andrea would probably make it back there before things changed, I was pretty sure I would never see it again. I looked around and did my best to lock in every detail I could. 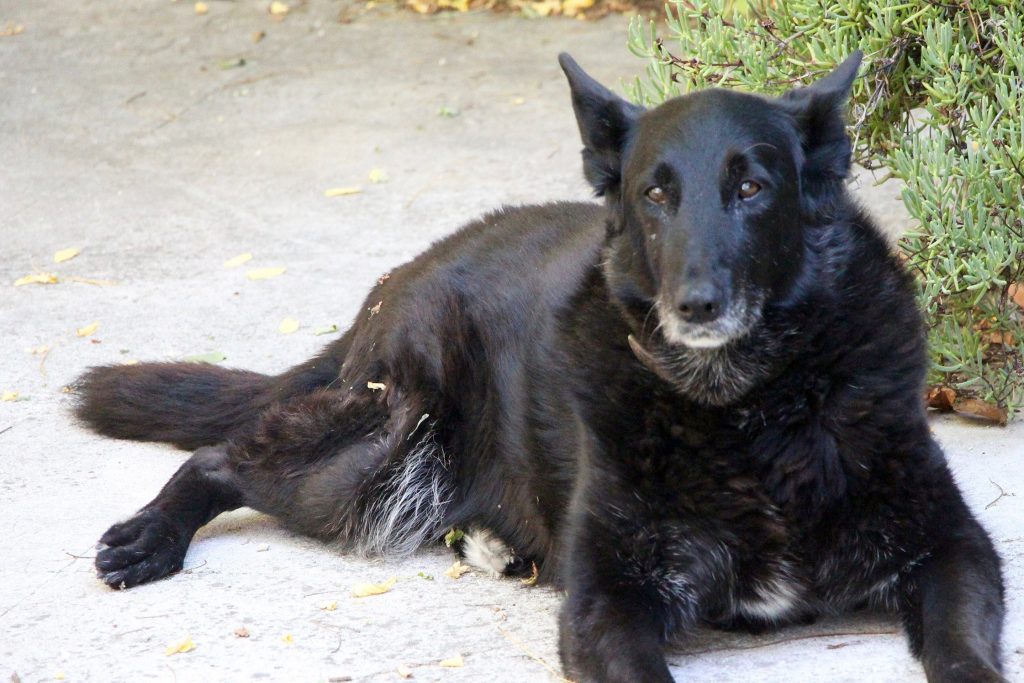