Ted’s Friend Nico, Part Twelve of An Outsider at The Source 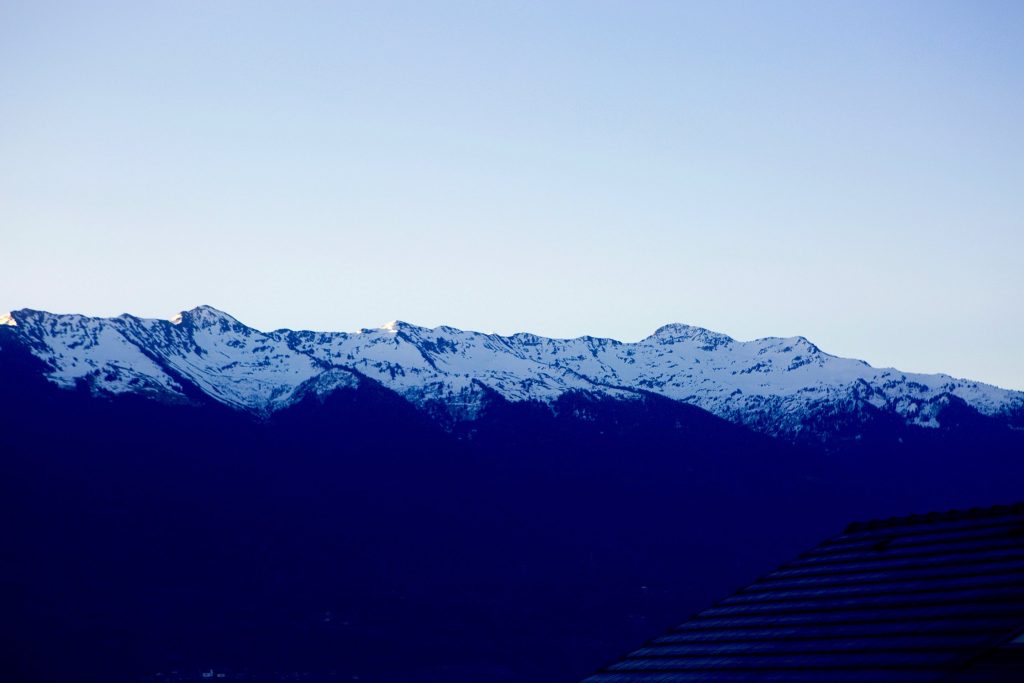 As evening approached, we were on our way to see Ted’s good friend Nico Rebut, a former sommelier of great talent and repute who has since become a very successful wine distributor in Paris. Each week, he makes the five-hour drive or train ride from the Alps to Paris, his primary market and where he also consults quite a few restaurants on the development and maintenance of their lists. He and Ted met through a connection with one of Ted’s favorite French sommeliers in Los Angeles, Emmanuel Faure and they became fast friends.

Back when Nico was working at Alain Ducasse, the Michelin three star in Monaco, he was well on his way to being a top contender for Le Meilleur Sommelier de France, an annual competition with one champion. But Ducasse himself forbade him from pursuing the goal, insisting that he concentrate on his work at the restaurant instead of other accolades; Ducasse clearly wasn’t a fan of sharing the limelight. Nico moved on to Maurice, another three star, where his fame grew. Ted has met sommeliers as far away as Austria who know him personally, or at least by reputation.

Nico’s house in the Alps is a stylish, newly constructed modern structure with a minimalist front and glass back, on a hillside overlooking a stunning view of the long valley in the Savoie commune of Mercury, just outside of Albertville. The mountains across the way were still snow-capped in late spring, and a snowy Mont Blanc was visible about thirty miles to the northeast.

We were greeted at the door by Nico, a wiry man of medium height, with a characteristically French aquiline nose and thin lips, and an intense but friendly gaze. His wife Leticia, charming and cute, with big surprised-looking blue eyes, beckoned us in as their two daughters danced about in pajamas. The little girls shyly waved hellos before Leticia ushered them upstairs to bed.

We sunk into a couple of white modern sofas that were much more comfortable than they looked, as Nico poured big glasses of white Burgundy. There was some local cheese on the table next to a big bowl of spicy Doritos, which I thought a peculiar accompaniment and laughed at, then immediately started to inhale.

Ted and Nico caught up and talked shop as I took in the lovely view and well-appointed modernist surroundings. There was a huge wine scent essence kit open in display on the fireplace mantle and I wondered if Nico could nail them all, then immediately assumed that of course he could. I have a set a quarter that size and regularly get half of them wrong when I practice.

Nico said that he was having some difficulty with an employee and lamented the difficulty of firing someone in France; it can only be done after multiple egregious events, not for lack of performance. The laws there are so on the side of the employee that if someone gets hurt or sick, the employer still has to pay them for as long as they are out. They went on to talk about how very few salespeople (like Nico’s guy) make commission in France, that almost everyone is on salary. As with restaurant servers who don’t work for tips like they do in the States and service suffers without the incentive, the same thing happens with salespeople who end up coasting for their paycheck. Then employers like Nico are stuck with the dead weight for the duration.

Leticia joined us and I remarked on the snow on the surrounding mountains and asked if they skied. She said they do, a bit, Chamonix on Mont Blanc being so close and a great resort. But though there was still some visible snow, very little had fallen during the season, so the conditions weren’t great. Of course I was asking about this, since skiing is a major preoccupation of mine and I’ve read about Chamonix since I was a kid. It’s definitely on my bucket list.

Night had fallen and I watched Nico throw some big steaks on a grill on his expansive deck, in the dark, as Ted and Andrea chatted with Leticia inside. It was cold and windy, so there would be no eating at the nearby patio table. There was a tiny vineyard on the hill beside his house from which neighbors made small batches of their own wine. He leaned over as if the someone might be listening and whispered, “of course it’s terrible.”

Leticia had put out sautéed squash, a couscous salad, some local sausage and yellow potatoes. It was a simple, rustic meal accompanied by some great wines that I gulped to help soothe my jetlag-induced delirium; I was fading fast. But it was fun to watch Ted and Andrea chat with these close friends so far from home. Whereas I’m somewhat introverted and can count my good friends on two hands, they’re so socially active that they have a huge network of people all over the world who would gladly have them over to dinner at a moment’s notice.

I asked Leticia how she and Nico met and she said it started when she was a teller at a bank in Paris. He always made sure to go to her window and it became a regular occurrence, with their conversations getting longer and more intimate each time. When he finally asked her out, she agreed, in large part (she joked, that night in their home) because she had seen his bank balance. Everyone had a big laugh and of course I thought this sarcasm-tinged honesty charming as hell. But then I shuddered at the thought of any woman I was interested in seeing my own balance. (Don’t pursue a writer for their money is a cardinal rule.)

I finally caved to fatigue and excused myself before desert. Ted and Andrea would stay the night at Nico’s, while I headed over to an Airbnb in the nearby town of Albertville, the host site of the 1992 Winter Olympics. I took the rental car and it was my first time driving in France. The last time I had driven in Europe was in Italy, back when it was all rumpled paper maps in my navigator’s hands. Tired as I was, I was in no mood for any of that and was incredibly grateful for the guidance of the droning navigation lady in the dashboard.

My room was in a stone and concrete cottage guarded by an arched iron doorway in a narrow stone-walled tunnel. It was one of many offshoots from a rutted dirt road just wide enough for a one horse cart that wound through more stone and concrete structures, some with cylindrical sections and conical roofs, all enclosed by a towering stone wall with a huge iron gate for an entrance. Basically, I was staying in some sort of medieval fortress; the only thing missing was a moat. As I plugged in my phone and shivered in the chilly and dim room, I realized that I had no cell reception or wifi. But being in the Dark Ages was fine. I was asleep inside of five minutes.

Next: A Rude Awakening and Pierre Bénétière, a Hermit Full of Surprises