Nature Worshipper, Part Eleven of An Outsider at The Source 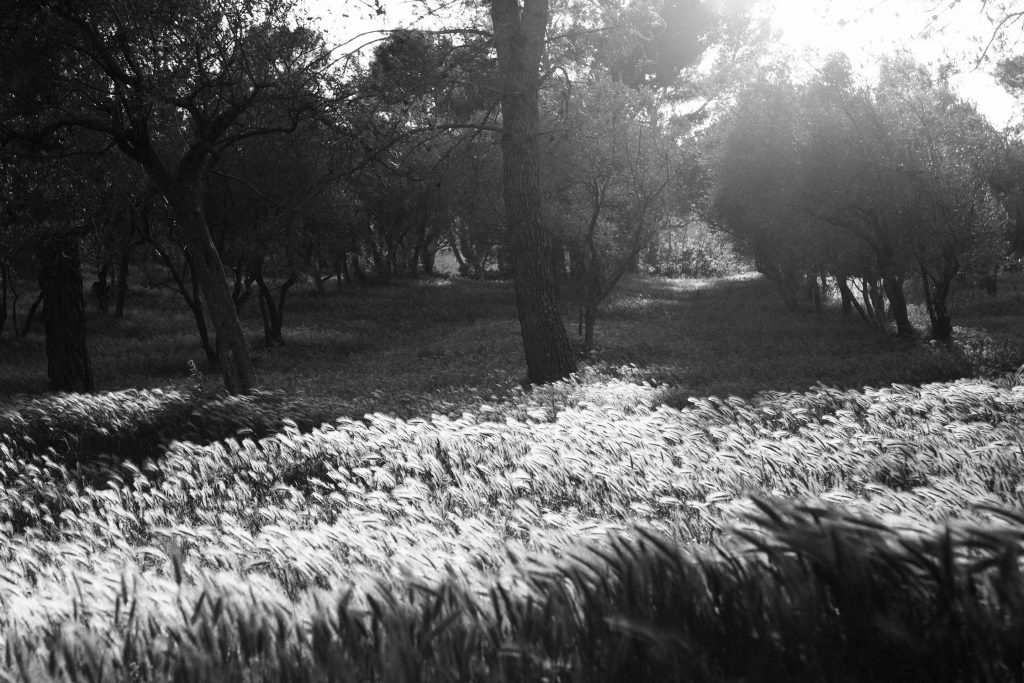 Ted comes from a deeply religious background and after he left the fold, he shifted his faith to that in nature, and he believes that the most conscious winemakers cede control to this bigger force. But as Masson had touched upon with his need for flexibility during tough times, this clearly presents a quandary when people need to pay the bills. If they encounter a bunch of problems, it’s sometimes necessary to work against nature, even if for only a moment during a tough year. Ted sympathizes, yet still preaches the virtues of working in accordance with nature as much as possible.

He’ll never stop being surprised and dismayed when people choose the four dollar bottle from Trader Joe’s without realizing that the only way to produce it so cheaply is with the use of chemical farming and production that leave the wine nothing more than water and alcohol that kind of tastes like a wine—all a sort of cheating, really. There’s just no way of getting a bottle of wine at that price and have it free of chemical fertilizers, herbicides and pesticides.

Even some health nuts he knows still get fired up about a cheap bottle. He said, “they’ll buy fresh organic produce and grass-fed beef and eat it with one of these TJ’s specials. What many don’t stop to think is, while avocados can be sprayed in the field, they can be washed, and at least the fruit inside ends up relatively free of chemicals since they are one of the ‘clean fifteen’—the fruits and veggies with the least amount of pesticides that penetrate their outer layers. Grapes on the other hand, are not washed off before they are processed, so everything makes it into the tank, and much of that goes into your glass.

“A six dollar bottle just isn’t good for you,” he added. He’s more interested in promoting purity in winemaking techniques than a wine that just tastes good. When he brings on a producer he always thinks, “would I want my wife and friends drinking this?” This is one of the primary reasons he visits all his producers, to see how they do things, to verify their honesty. The primary objective of The Source is to create a model for a lifestyle of clean living. With that comes paying a little more for a wine that’s healthy, while supporting the producers who make that possible.

He went on to describe how the quality of the fruit is gauged: “When I worked as a consultant at a vineyard and winery the grape harvesters asked, ‘how can you tell if it’s good?’ And I said, ‘how does it taste? Would you put that cluster in your mouth? Good ones taste incredible. If you won’t put the grape in your mouth because it’s too sour or partially rotten, why would put it in a wine? If you wouldn’t eat it, throw it on the ground.’”

Many winegrowers tell him that most importers who visit them go straight to the cellar to taste, that he is one of few who wants to see the vineyards—though Ted says this is starting to change. He actually spends much more time outside than in the cellars; his priority is to see the condition of the vines and soil. You can visit a tasting room at any number of producers in the states, but most of them don’t do regular tours of the vineyards. He said, “If vignerons spend the majority of their time in the vines, don’t you think that’s where we should be too? I can taste their wines anywhere, but I go to visit them to see if they are working well in both the cellar and the vineyards.

“There are a lot of importers, sommeliers and the like who consider themselves proponents of natural wines but who then stop beside vineyards to post selfies on social media, oblivious to the fact that the vines behind them have clearly been chemically treated.” Ted has his buyers’ trust, and he wants to be true to that; the wine needs to be as honest as he’d like to think he is.

As we drove north, further into the Alps, he exclaimed, “Look! Look! The swoop of the stone on top of that mountain, a completely different stone than the one below it—it’s incredible. You don’t see that. It’s usually either schist or limestone, not one on top of the other.” I couldn’t help but laugh out loud at his continued childlike glee when it comes to the rocks everywhere that the rest of us take for granted.