Of Corse, Part 3 of 9: Josée and the Alérian Plains 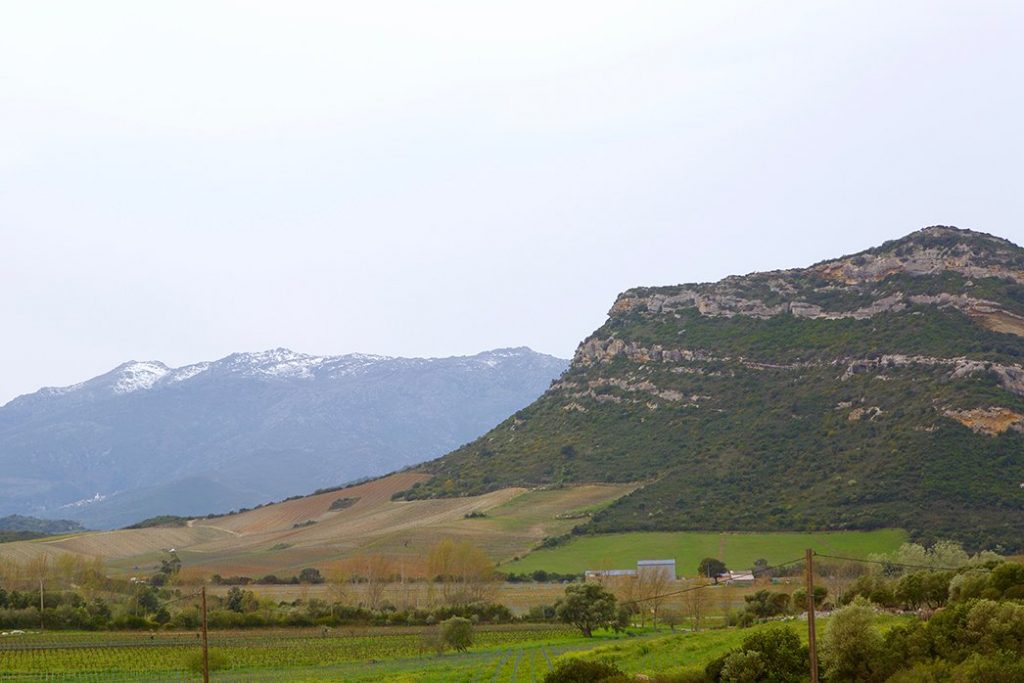 The fog lifted by the time we started back over the schist mountains toward the eastern side of the island to visit one of Manu’s most colorful clients, Josée Vanucci, from Clos Fornelli. We crested the ridge and as we wrapped around the last hill we were greeted by a stunning view of the Tyrrhenian Sea. Once we hit the coast we headed south and into the Alérian Plain, named after the small coastal town of Aléria, an important Roman naval base for centuries now home to only a couple thousand inhabitants.

Vineyard land on the Alérian Plain falls into AOP Corse, a broad reaching appellation without distinction. Josée’s vineyards are located on the foothills of the Castagniccia Massif, and the soils are deep clays tinted red by a plentiful iron content. Schist rocks were deposited from the eroding mountains and are scattered throughout with other alluvial gravels. The nights are cool and the days warm, so it’s a perfect place for viticulture.

From the outside, the winery looks like a small white rectangular Cessna-sized airplane hanger with green rollup garage doors and CLOS FORNELLI written in big block red letters. On the inside, it’s a jungle gym of numerous floors and mid-level rooms, trap doors, hidden tanks, slanted concrete slabs with open drain gutters routed on the sides, and walls slathered with waterproof dark orange and white epoxy. There are only a few large oak barrels in the cellar and the rest is jam-packed with stainless steel and old concrete tanks.

Last year, Manu introduced me to Josée as an American importer and she immediately switched to English, even when she spoke to Manu. I found her demeanor much more Italian-like than French, as is the accent on her English. I told Manu that if she could get into bottle the quality and purity of what she has in her vats, she’d really have something. She was fun to taste with and talk to and I had looked forward to seeing her again.

Things had changed within the year, and it was noticeable in all the wines we tasted. We tasted the 2017s, most of which were still in vats. Of course, Manu had his usual critique for some of them (he has no reservation openly doing this, even with his top producers) and she admitted that 2017 was a challenge, as it was for everyone. I thought they tasted delicious and exciting.

After a vat tasting that was as promising as last year, we went to the tasting room for the moment of truth. As she poured some of her other 2016s, I grew anxious to try her Sciacarellu, La Robe d’Ange, the one I remembered most from last year for its lifted, exotic aromas and endless charm. We tasted her 2017 La Robe d’Ange Vermentinu that had just been bottled. It was solid, but I preferred the salty flower power mineral bomb we tasted out of a different vat just thirty minutes earlier; she makes a couple of bottlings on each cuvée.

Finally, she poured us the 2016 Sciaccerellu, La Robe d’Ange, and I couldn’t take my nose out of the glass. It was delightful and I thought it hadn’t suffered even the slightest loss from the bottling. The sensual aromas and the palate were equally inviting and I knew I had to bring this wine back to my friends in California—I was sure that some of them would go crazy for it. 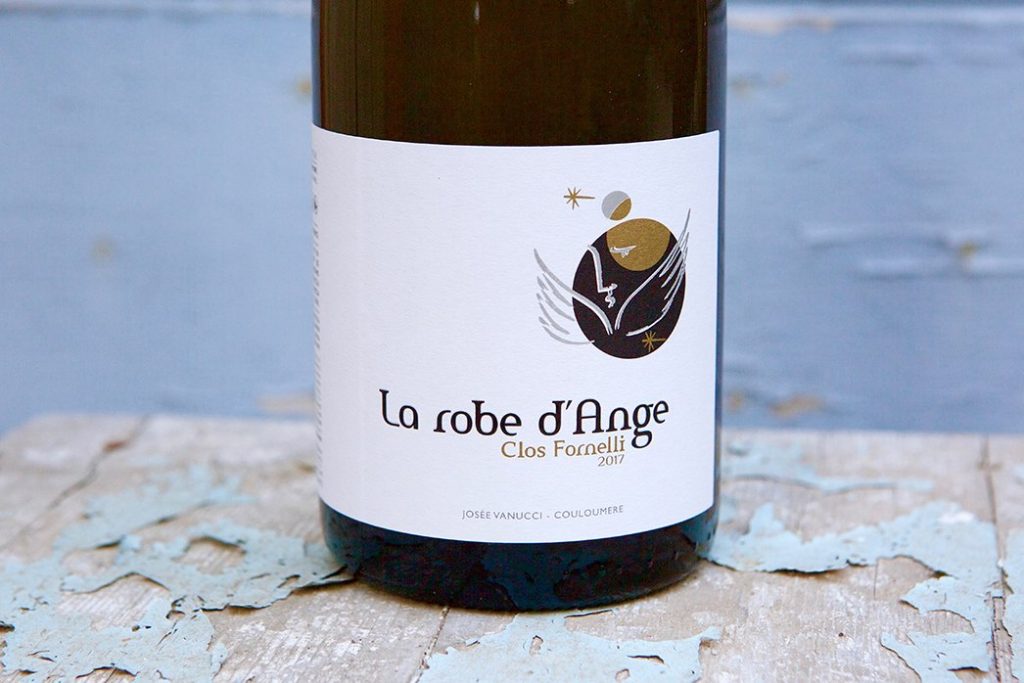 Risking misinterpretation with someone I didn’t know well, I candidly admitted to Josée that her wines were more pure pleasure than edgy and super sophisticated, and that I would be happy to just sit down and drink them by the pitcher because they were so delicious. She looked pleased and exclaimed that that is exactly the kind of wine she wants to make. Just like her, they are full of life, unpretentious and bring good vibes.

I thought, we have enough intensity and seriousness in our portfolio, why not bring in some more just for pure pleasure?! These wines don’t seem specifically designed for the cellar; they’re for drinking early and we could always use more of those. A few days later I emailed Josée to ask if we could import her wines and she happily accepted.

Running about forty-five minutes late, we hit the road from Clos Fornelli to Propriano, a small coastal village on the other side of the island—our third time from one side to the other in one day. Josée and Manu debated how long it would take and she insisted that he was nuts for trying to get there before everything closed, especially at that time of the year, when there aren’t many tourists on the island.

Next Week: Of Corse, Part 4 of 9: “The Missing Link Between Rayas and Romanée-Conti?”