The May edition of the Inside Source Club, featured bottles from one of our true heroes of wine, Arnaud Lambert. It’s difficult to write about Arnaud without eliciting chuckles, because after just a few words one begins to sound ridiculous. He’s young. He’s talented. He’s hardworking. Thoughtful. Focused. Studious. Committed. Charming. You get the picture. Seriously, the guy is a dream, and we at The Source feel incredibly fortunate to be working with him. Oh, and, as you’ll taste, his wines are knockouts too. 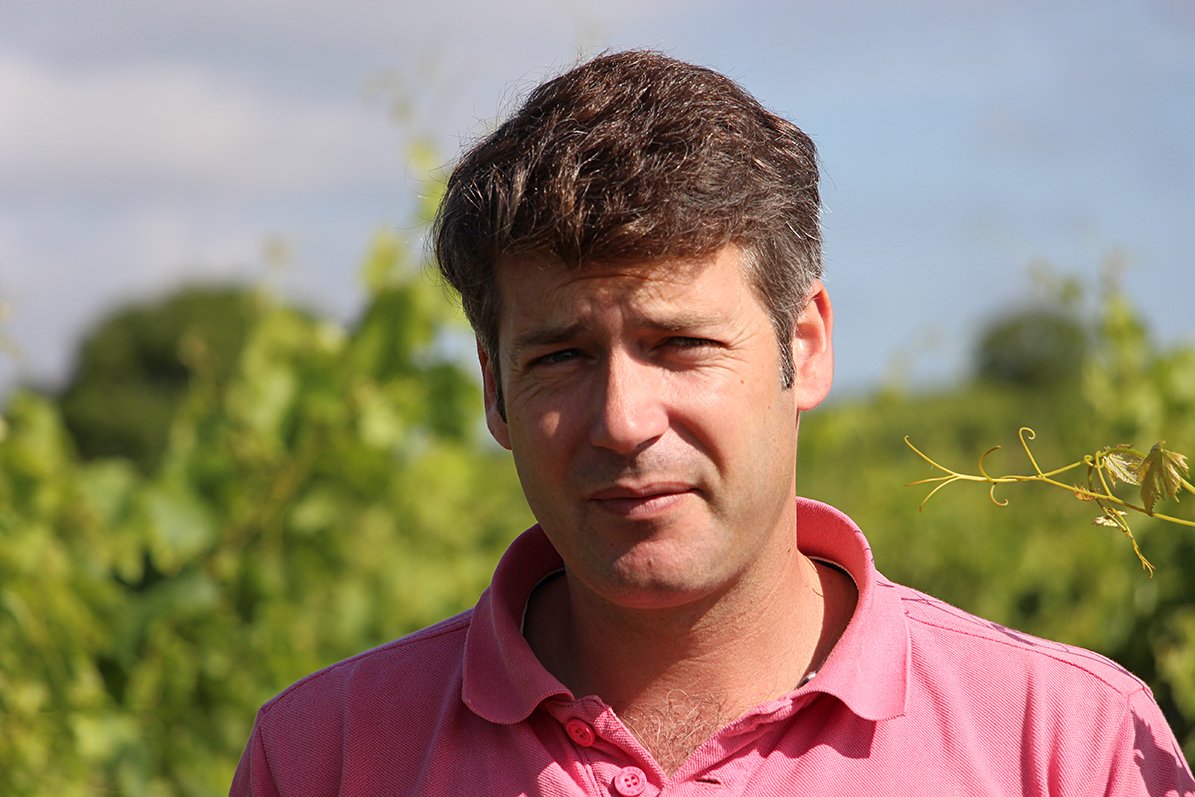 Though all the wines in May’s shipment come from the hand of Arnaud, the theme wasn’t to showcase the hand of the winemaker. It was to talk about terroir, specifically how limestone expression is mediated by the presence of sand and clay. Indeed, we can approach Arnaud’s winemaking here as a control factor, an element we can now remove from the equation to better examine the differences in terroir between a handful of sites.

But first, let’s complete the portrait of Arnaud, because he’s someone you should know. In 1996 Arnaud’s father Yves, a banker, began Domaine de Saint-Just in the Saumur region of the Loire (more on this below). Freshly returned from winemaking studies in Bordeaux, Arnaud joined him in 2005. They also made a deal with the Comte of the nearby (and spectacular) Château de Brézé to farm his vineyards and market the wine. Hence the two labels you see today, Domaine de Saint-Just and Château de Brézé (one day we hope both labels may be consolidated under one brand). Yves died unexpectedly and tragically in 2011, leaving the estate under the control of Arnaud. Arnaud had already begun the conversion of their vineyards to organic farming in 2009, work he continues today. It’s a long and assiduous process, as the soils in this region had been decimated by fifty years of chemical farming. Only in the last few years has Arnaud begun to see the reappearance of real verve in his soils.

Where is Saumur? It’s in the middle Loire, as opposed to the upper Loire to the east (featuring Sancerre) and the lower Loire to the west (featuring Muscadet). While technically attached to the subregion of Anjou, Saumur perhaps has more in common with the nearby western Touraine, whose villages Chinon and Bourgeuil are also famous for red wines, as well as whites. The reds come from Cabernet Franc, the whites from Chenin Blanc. All Arnaud’s wines are grown just a few miles apart, on a vast and massive chalky limestone subsoil, known here as tuffeau. It’s just the top layers that differ. 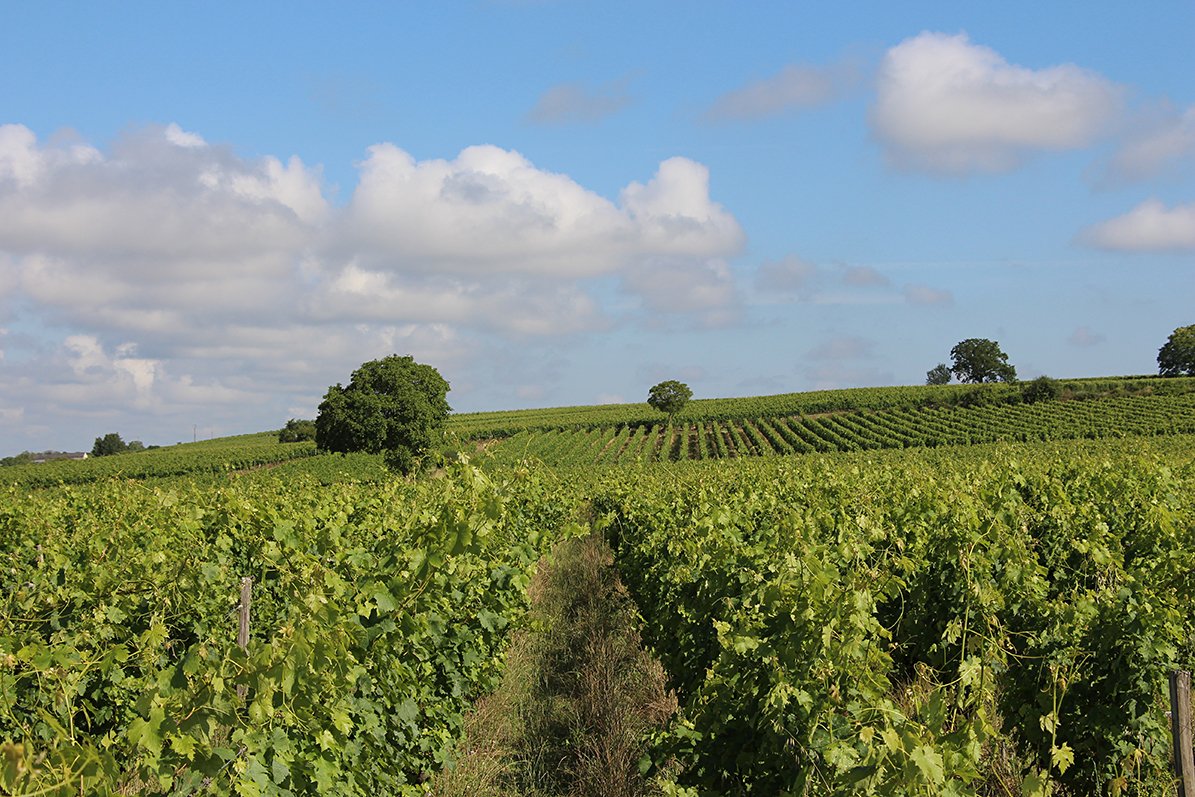 Before we get to the wines specifically, a quick shout out to the vintage. Three brutally difficult years in a row (hail, frost, deluge) and a bad start to 2014 was taking a psychological toll on the region. As importer Jon David Headrick observed in a note: “By the end of this stretch of vintages you could see the stress and strain on the faces of many growers. Many of their neighbors were going out of business. Money was tight. Vacations were cancelled. Prices were raised. The summer of their discontent, to bastardize Shakespeare, was in full swing.” In the 2014 summer, sunny days alternated with rainy ones—a recipe for disaster. Humid, warm weather invites rot, which began to grip the vineyards during July and August. Thankfully, September brought redemption, ushering six weeks of sublime sun that banished the rot, dried the vineyards, and ripened the clusters. The result is a vintage that luxuriates in sun-bathed ripeness, but retains snap thanks to elevated acidities. It drinks well right now, but will even harmonize more over the next several years.

The Loire is lovely region, bucolic and calm, verdant with vineyards, forests, and farmland. It lacks the towering, steep spectacles of places like the Northern Rhone. Indeed, what passes for high altitude in this region are the low-lying hills (which could also be called mounds or hillocks) of Brézé and Saint-Cyr. Just a few miles apart these elevations face each other. Both have been sites of excellent Chenin Blanc and Cabernet Franc since at least the Middle Ages and probably much longer. Brézé is the more famous and slightly higher of the two in no small part because of the palatial Château that guards one side of it. Both are undergirded with that deep layer of tuffeau. And both feature a wash of different soils that vary between heavier clays and lighter sands deposited via millennia of the Loire floodplains. In the case of these two wines, we wish to demonstrate what difference the amount of clay or sand makes in a limestone-based wine. 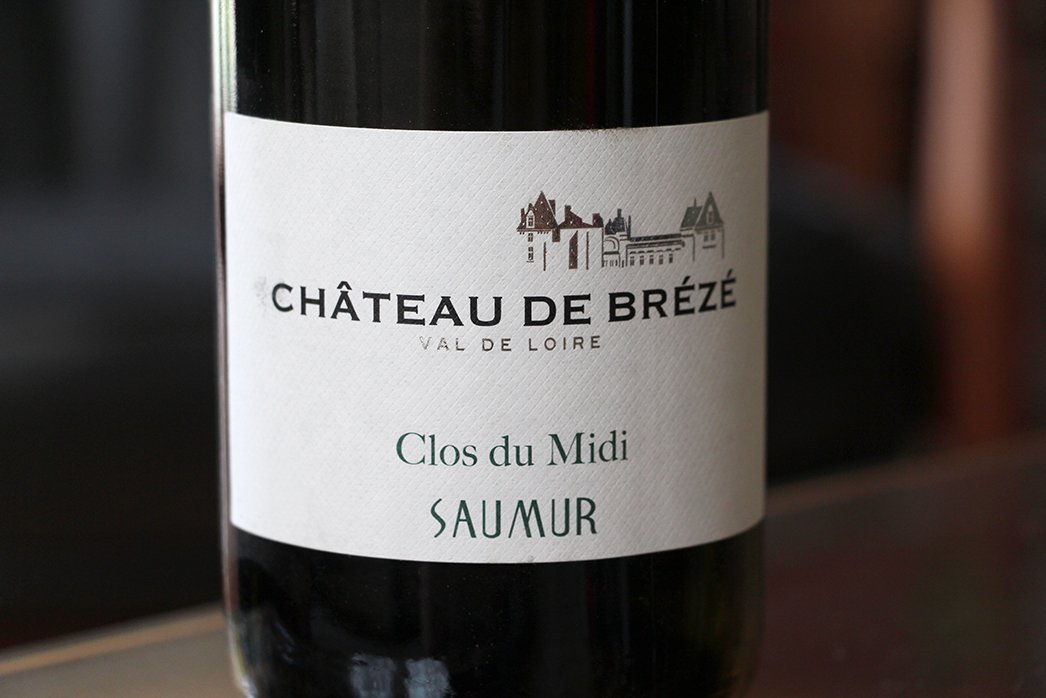 The Clos du Midi sits high on Brézé as one of the colder sites on the hill. With nearly ten acres in production, it’s a pretty big vineyard, so there is some soil variance, mainly with some clay holding down the bottom of the slope, while the upper slope is mostly sandy in nature. Lurking not far beneath it all is that soft, but dense limestone. You’ll notice the Clos du Midi’s electric acidity and wiry, lean body. Indeed, as Ted wrote in his original note, “When I first tasted this wine, it was like sticking my finger in a light socket!” Sandy terroirs tend to offer great ripeness, but not always much roundness, as the water drains quickly from the ground, leaving little chance for the roots to take it up and feed off the minerals in the soil.
In (slight) contrast, check out the Saint-Just “Les Perrieres.” The flavors, which run between dried herbs, tea, apples, and lemons, are not entirely different, but the wine has more body and roundness due to the heavier clay and silt of this vineyard, which also has less slope. The wine is just as delicious, just has a slightly more rounded profile. 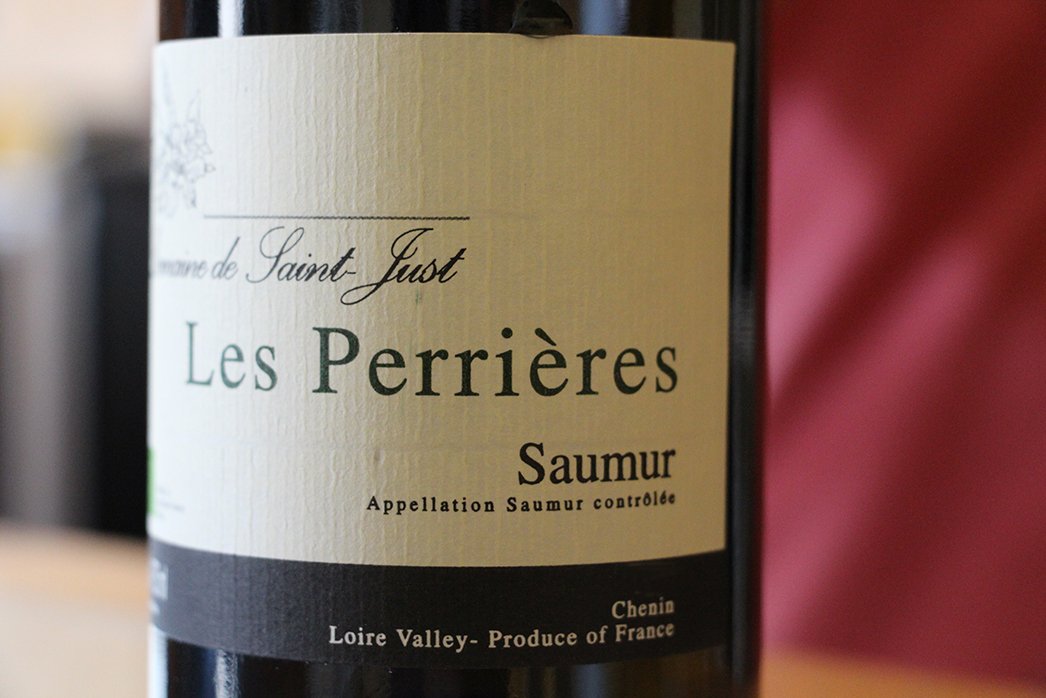 Both are absolutely delicious and share the common thread of that densely chalky core. The other beautiful thing about both is their amazing versatility with food. Yes, fish and seafood are obvious and excellent matches. But the zippy acidity and sharp flavors will also pair beautifully with the bounty of spring and summer vegetables at your local farmers’ markets right now. 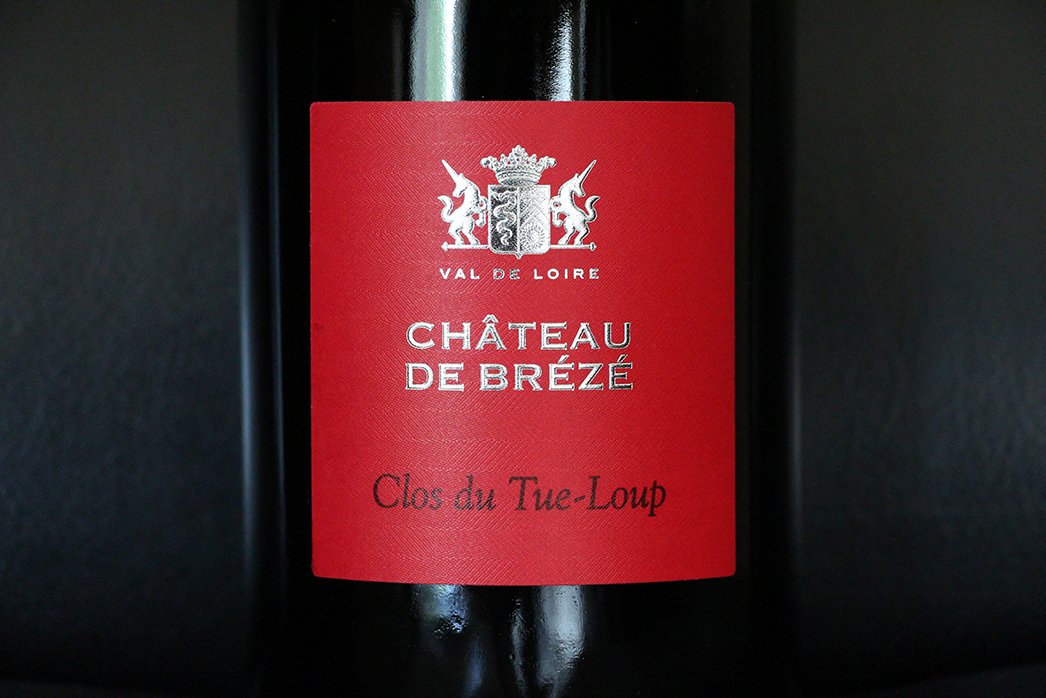 Again, we find ourselves comparing two hills with wines that are almost like siblings, sharing that powerful limestone signature, which in red wine allows for a powerful flavor stamp on top of a structure that’s elegant and complex without being too fleshy. The Cabernet Franc from Brézé is amazing. Raised only in old oak, it shows the large limestone rocks that lurk under the layer of clay at the vineyard. The clay provides the flesh, while the tuffeau gives that ethereal structure which somehow supports that riot of red and blacks fruit flavors. We love the complexity that follows, which range from notes of sweet spring flowers to heavier sensations of wet earth, gravel, and iodine. 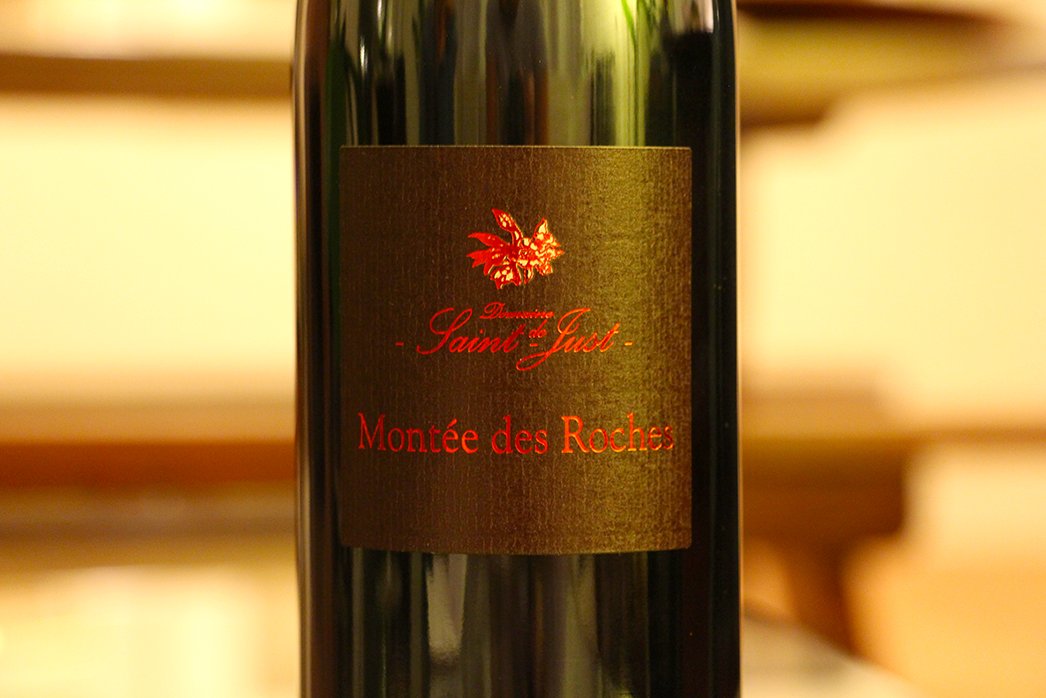 The terroir of Saint-Cyr’s Montée des Roches is a little different, with less than 20 inches of limestone-derived sand and a little clay before the tuffeau substrate begins. Arnaud works these soils very carefully, removing the superficial roots and encouraging the rest to dig deeper into the limestone, which for this wine they clearly do. It’s like drinking straight from the limestone. We can’t say it better than what Ted wrote, “The wine matches clearly its terroir with an immediately full mouthfeel brought on by the clay soils, followed by a straight, slightly tangy acidic finish from its rocky underbelly. The wine starts with rich dark earth and forest floor, spare in fruit and evolves into a perfectly supple and finely textured Cabernet Franc.”

Please enjoy these delicious wines from the magical hills of Saumur and the charmed hand of Arnaud Lambert.

Don’t miss next month’s Inside Source edition. Join our Wine Club today and receive a 10% off all website purchases for the membership duration.