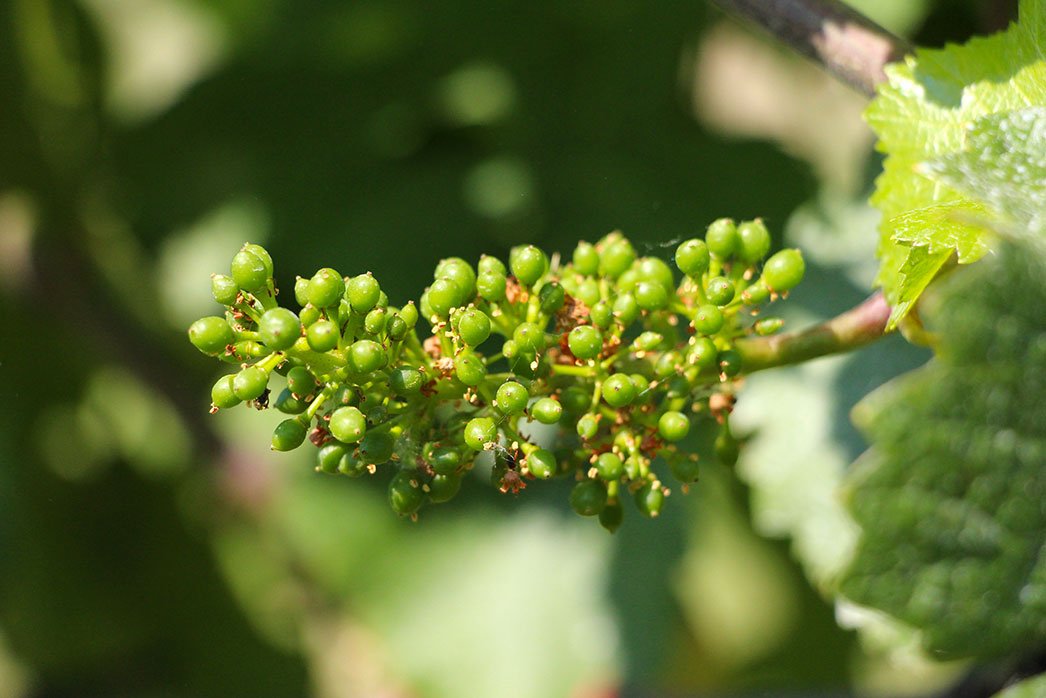 If we were posted up at the local wine bar together and I turned to you and said, “Are you familiar with Tegernseerhof, Weszeli, and Malat?” you might think I was talking about some art-rock group from the 1970s, or perhaps a Soviet agitprop theater troupe. Well, Tegernseerhof, Weszeli, and Malat are, indeed, from the East, just not that far. They are three—surprise!—wine estates, and they’re from Austria. But not just anywhere in Austria. They hail, respectively, from the Wachau, Kamptal, and Kremstal, the three crucial regions we are exploring this month. And, if that alone wasn’t enough to incite you to pound your hands on the armrests and demand an encore, all three Rieslings are from the incredible vintage of 2013! Welcome to the July Inside Source Club!

You know Grüner Veltliner, Austria’s signature grape. We love it too, but Riesling isn’t considered by many wine experts the greatest of white wine grape in the world for no reason. Even in Grüner country, Riesling manages to soar higher, and that’s what you’ll see in this shipment: three Austrian Rieslings crafted by winegrowers at the height of their powers in a supreme vintage. 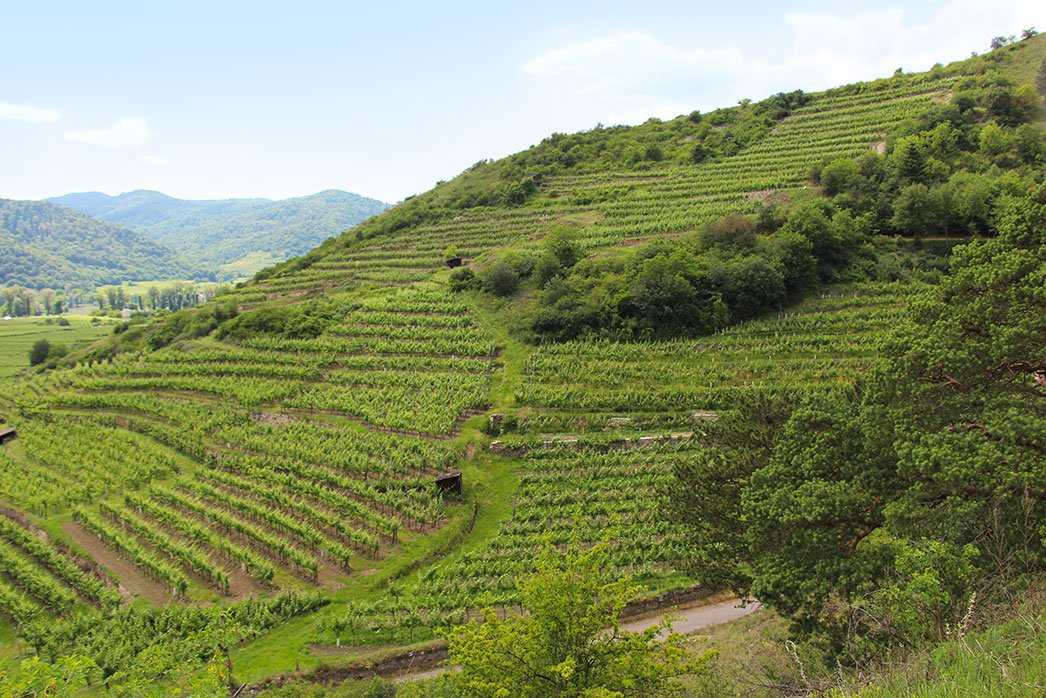 On the spectrum of Riesling, Austria’s style perhaps falls in between the more widely known producers of Germany and Alsace. But while those two regions produce varying degrees of sweetness, Austrian Riesling remains reliably dry, a style fitting of the place, with its angular mountainsides and friendly, intelligent populace with a wry sense of humor. Austrian Riesling will have a bigger physical stature than German, often a rounder body, but there’s almost always a tight, almost cutting, binding of acidity to keep it clean and firm. At its best, it’s astonishing wine.

So, 2013. We love. No, we LOVE. Lest you think we’re selling you something, let another importer, the OG of Austrian wines in the US, Terry Thiese, testify. “No reason to be coy,” he writes. “For Riesling and Grüner Veltliner this is a classic vintage, a serious candidate for Greatness, and the best young crop I’ve tasted since the 1999s.” He goes on, “Often there’s a shadow side even to superb vintages, an issue or a common flaw. But not these. I really can find no fault with them. They give me every single thing I could ever desire from Austrian wines.” We concur overwhelmingly.

While the season could be a bit challenging for the growers (lots of shifting spikes of temperature), nature ended up providing a vintage full of joy, excitingly tense wines that somehow have an addictive drinkability. Alcohols are moderate to low, exposing concentration and detail. Acidity is high, but not overly so, just enough to keep that persistent electrical current coursing through the juice. The wines have high-toned, perky aromatics and play beautifully on the tongue, with that rambunctious acid there to make sure you never get tired. If you were to criticize the Rieslings of this vintage, you might follow writer Jancis Robinson’s cue and call them “austere.” But at The Source, austerity is almost a calling card when it comes to white wines. In our whites, we prefer a lack of pretense and unctuousness, favoring instead the rational, crystalline eloquence that some might call austere; 2013 is just our style. 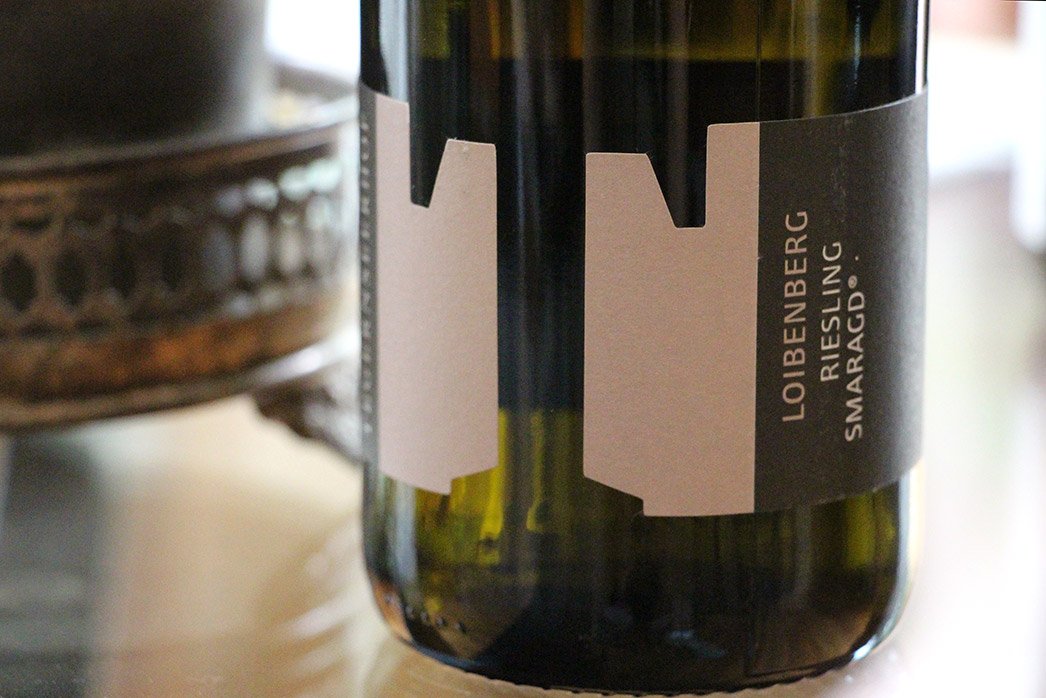 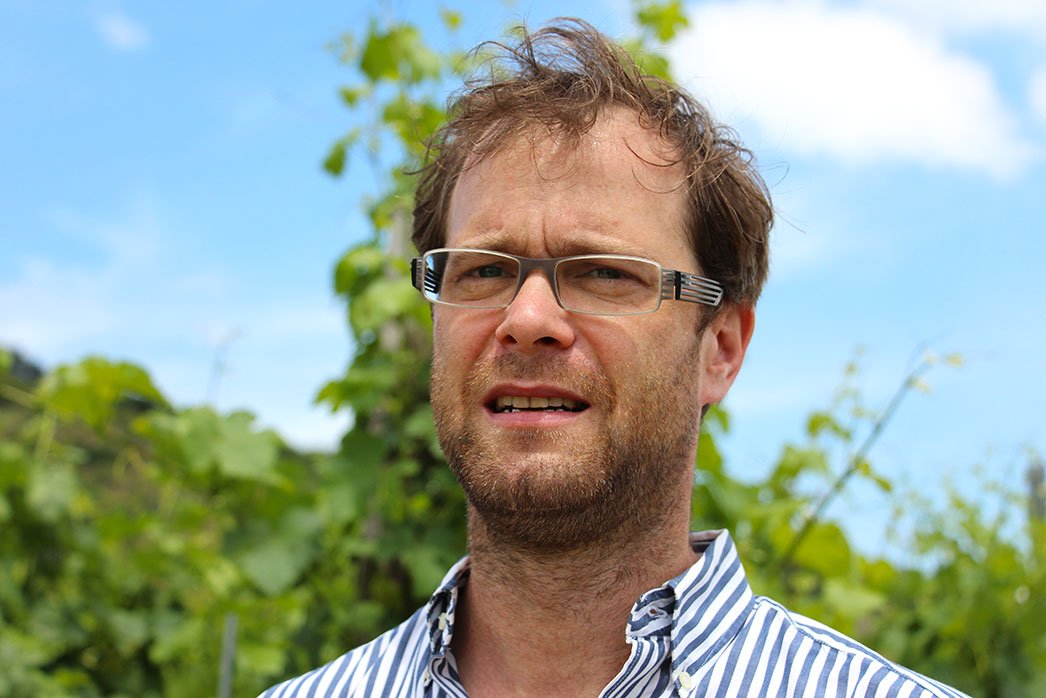 The first of our players, Tegernseerhof, is made by the estimable Martin Mittelbach, the fifth generation of his family to steward this estate, which began as a winery with the vineyard holdings of a Benedictine monastery in the 11th century. The Wachau, whose slopes climb the cliffs above the Danube, is Austria’s most renowned region. The climate is cool, though moderated by the river, with hard soils ranging from gneiss, granite, slate to amphibolite rocks high up on terraced slopes. All that rock expresses itself in the stolid, density of the wines, easily observed in this month’s 2013 Riesling Loibenberg Smaragd. The word Smaragd indicates that this is the Wachau’s highest level of quality, made from perfectly ripe grapes. Loibenberg is one of the most famous sites in all of Austrian wine, first mentioned in print in 1253. As Ted notes on the website about the vineyard: “Its steeply terraced slopes have pockets of loess (a fine-grained sand-like soil) scattered in the lower areas and upper sections that are dominated by the primary rock, gneiss. This acidic and ancient rock alongside of the sun-rich, south-facing slopes give these wines their powerful framework. The steepness of the terraces, coupled with gneiss, also give necessary stress that riesling vines need to yield world class fruit.” The result is a Riesling that truly marries power and finesse. The concentration is easily appreciated in a wine whose finish can be measured not in seconds but in minutes. But the finesse is notable in the play of apple and stone fruit notes, graced with citrus peels and heady spice. What a wine! 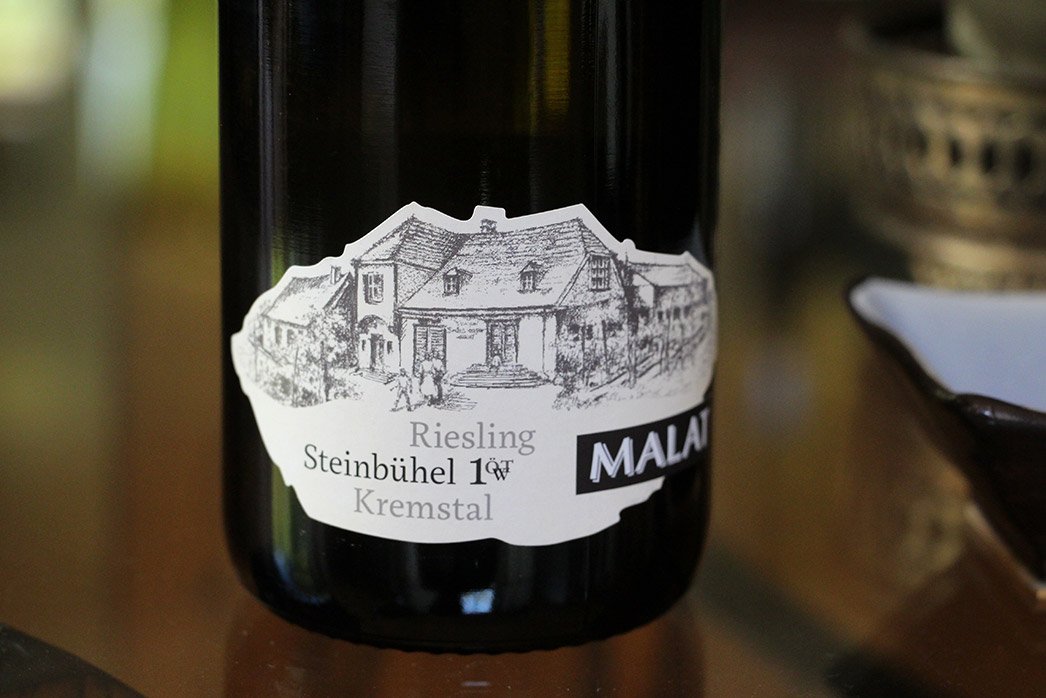 Just neighboring the Wachau is the Kremstal, another of the big three regions for Riesling in Austria. Here, on the southern bank of the Danube, beneath the towering monastery on the top of the hill, you’ll find Weingut Malat, where 9th generation winegrower Michael Malat makes Martin Mittelbach’s five generations seem trite (and what’s with all these M-names, anyway?). Michael had big shoes to fill, as his father Gerald was a famous figure in Austrian wine, having produced the first estate-bottled methode traditional sparking wine and turning the few hectares he inherited into the 50-hectare juggernaut it is today. 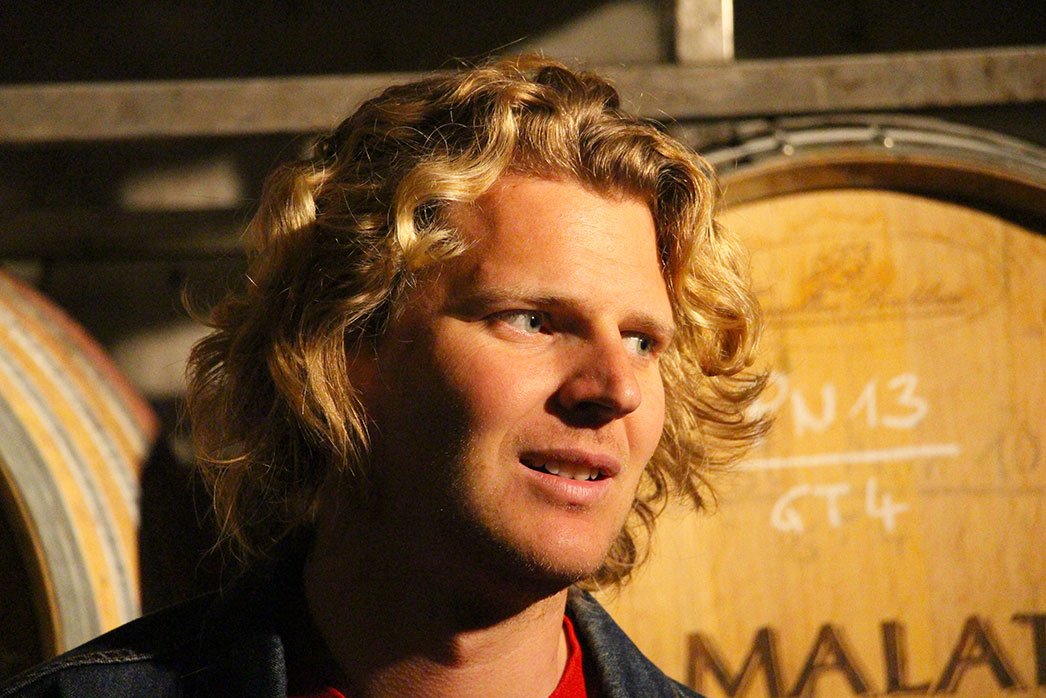 After traveling the globe to learn about winemaking, Michael was passed the Malat torch in 2008. This wine is the 2013 from Steinbühel, a vineyard that means “stone hill,” predictably producing highly mineral wines, among the domaine’s finest Rieslings. It’s a dry spot and sports only a gauzy layer of topsoil over the hard bedrock, resulting in wines of focus, purity, and finely knit structure. The winemaking here is meticulous, each vineyard picked several times for grapes with optimal ripeness and no botrytis. The result is clean, precise wines.

Michael prefers an exceedingly dry style; his wines don’t try to flatter or impress on first meeting, rather, they ask you to take a moment and listen in silence to let your tongue find the subtleties. This 2013 is electric, but it’s also so dry and vivid as to come across as tart, even a little bitter. Don’t hesitate to give it some time in glass as you drink it (not too cold). Perhaps consume it before the others in this package, as it may seem aloof by comparison. But then revel in the savoriness, the saltiness of this supremely sharp, steely white.

Moving east, we arrive at the last (but not least) of the big three, the Kamptal. With Kremstal between it and the Wachau, however, the Kamptal is truly a bit of an outlier. For one, the climate becomes slightly more extreme. Kamptal’s width and openness exposes it to both hot summertime winds off the Pannonian steppes (gateway to Asia) and cooler breezes from the forests west and north, creating an opportunity to make truly racy wines, stunning in their collision of fluorescent ripeness and lacerating acidity. The wines are often thrilling, thanks also to a cadre of daring producers, willing to crank up the volume to see how far they can take things. 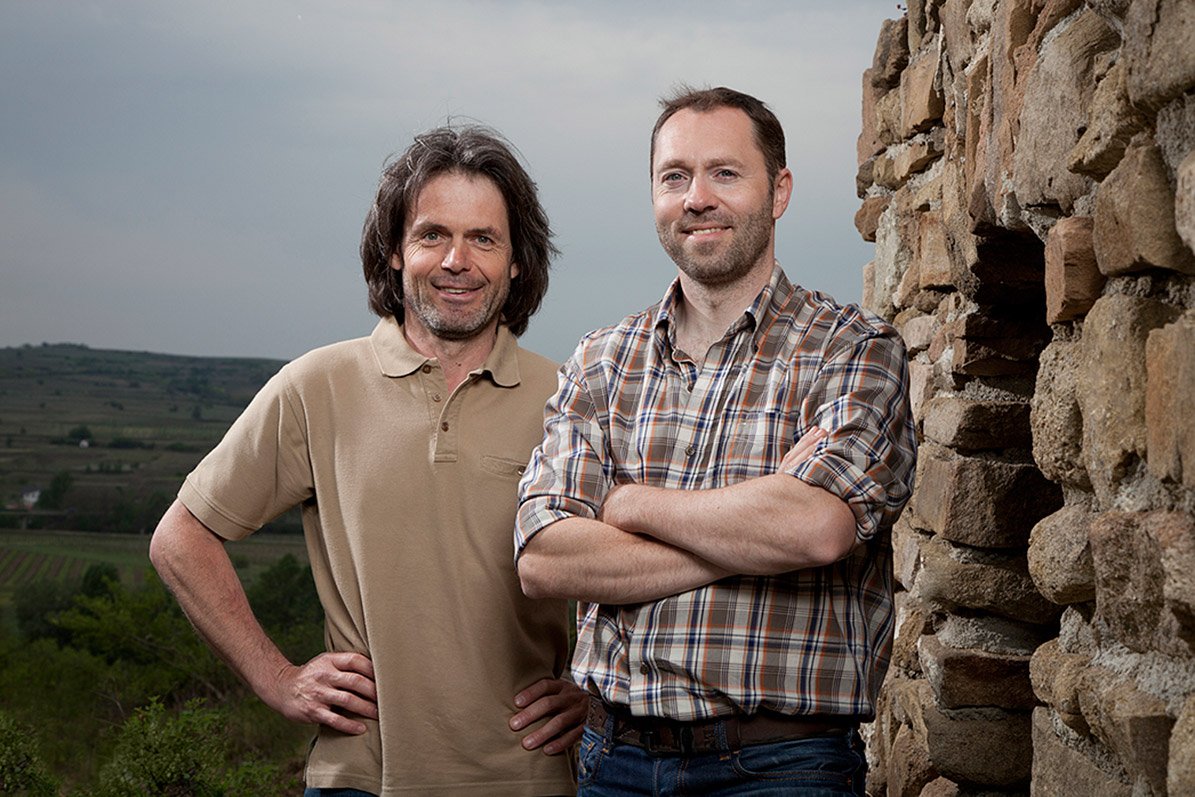 Weszeli is an up-and-comer, perhaps not making extreme wines, but rather wines that capture the potency of place with accessibility and ease, traits apparent here in this dazzling 2013 Steinmassl. The vineyard consists of a south-facing hillside of fractured gneiss into whose cracks and crevices Riesling’s roots can burrow. The exposure protects it from the blast of those cold north winds, allowing a smooth ripening process. The concentration of flavor is truly stunning—citrus, flowers, fruits, and vegetables so tightly wound together as to be functionally inseparable—tightly bound by that cord of 2013 acidity. 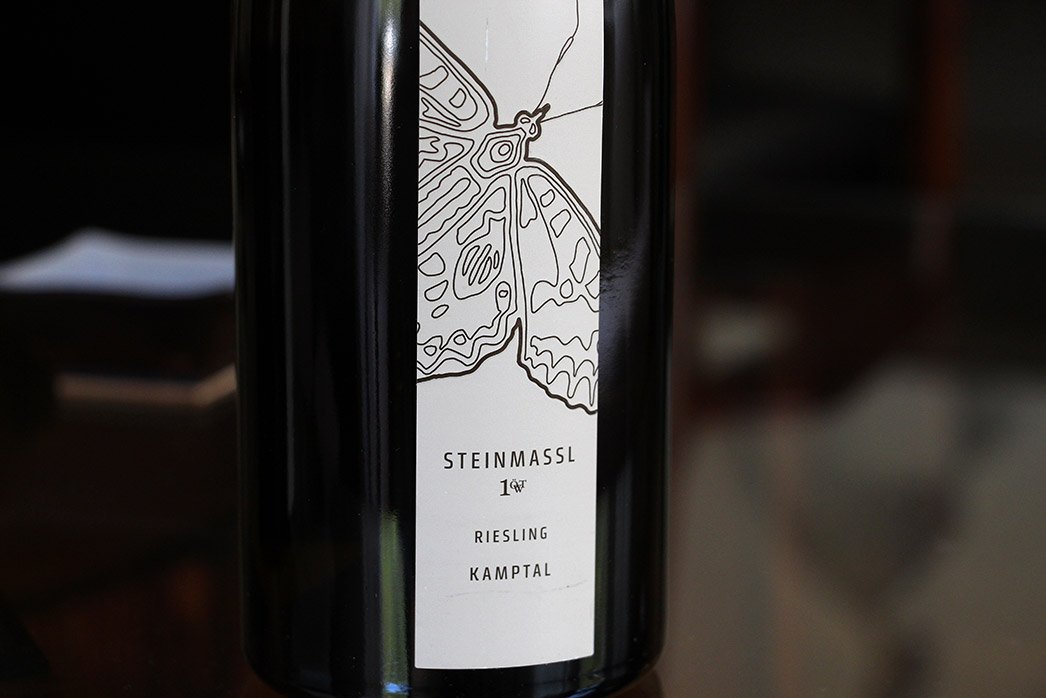 We sincerely hope you are entertained by the radical work of Tegernseerhof, Weszeli, and Malat. If you like the wines too, don’t hesitate to drop us a line or even order more at your club discount. And, as always, happy drinking!